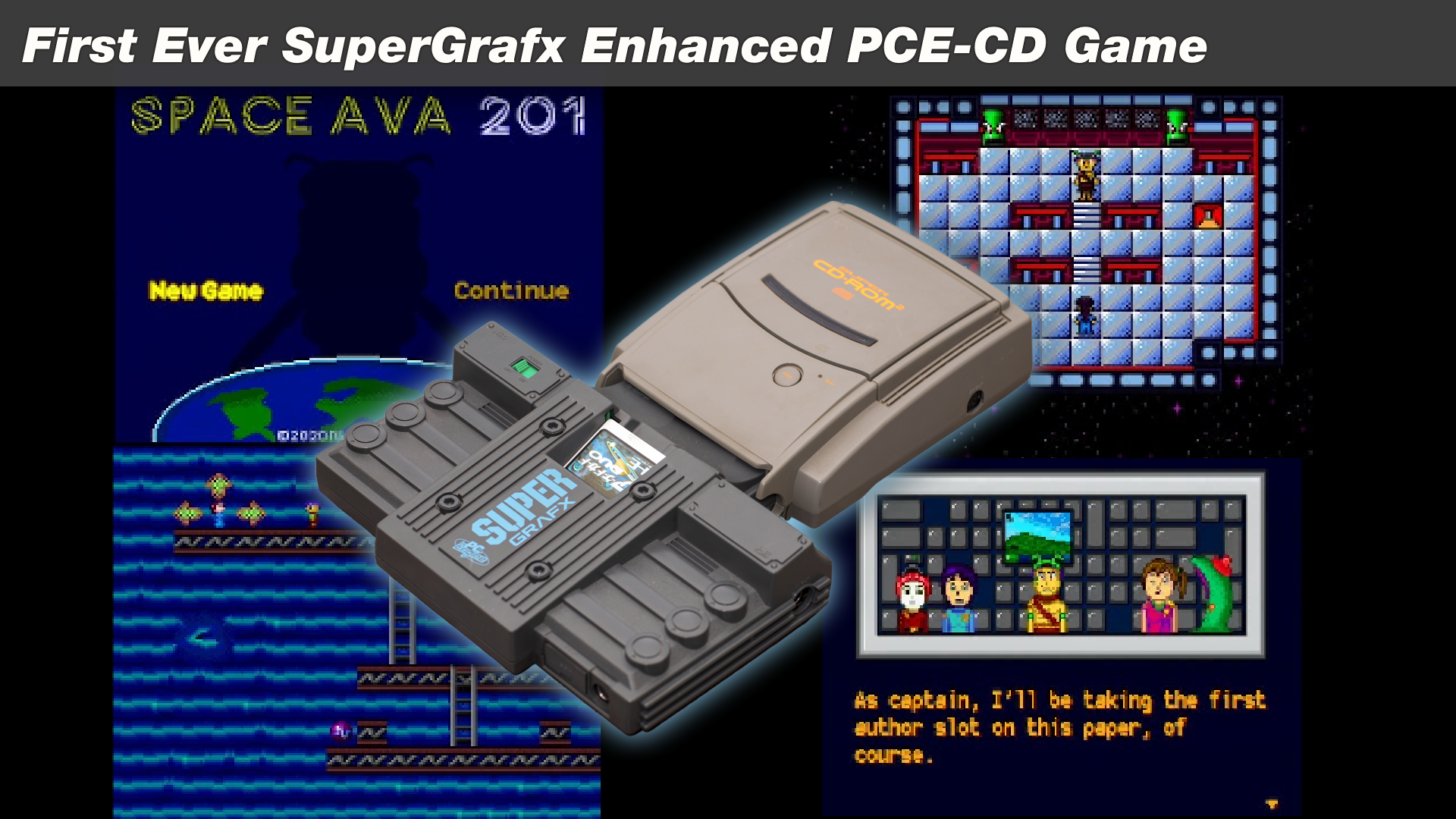 Space Ava 201: Quantum Field Theory is a single-player puzzle-adventure game for the TurboGrafx-CD.  It features multiple turn-based gameplay styles, a huge array of levels, and a colorful cast of characters who travel across galaxies in order to save the world and reconnect with a lost friend. 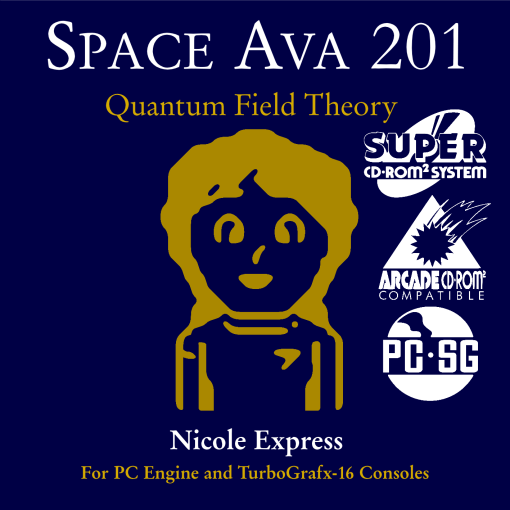 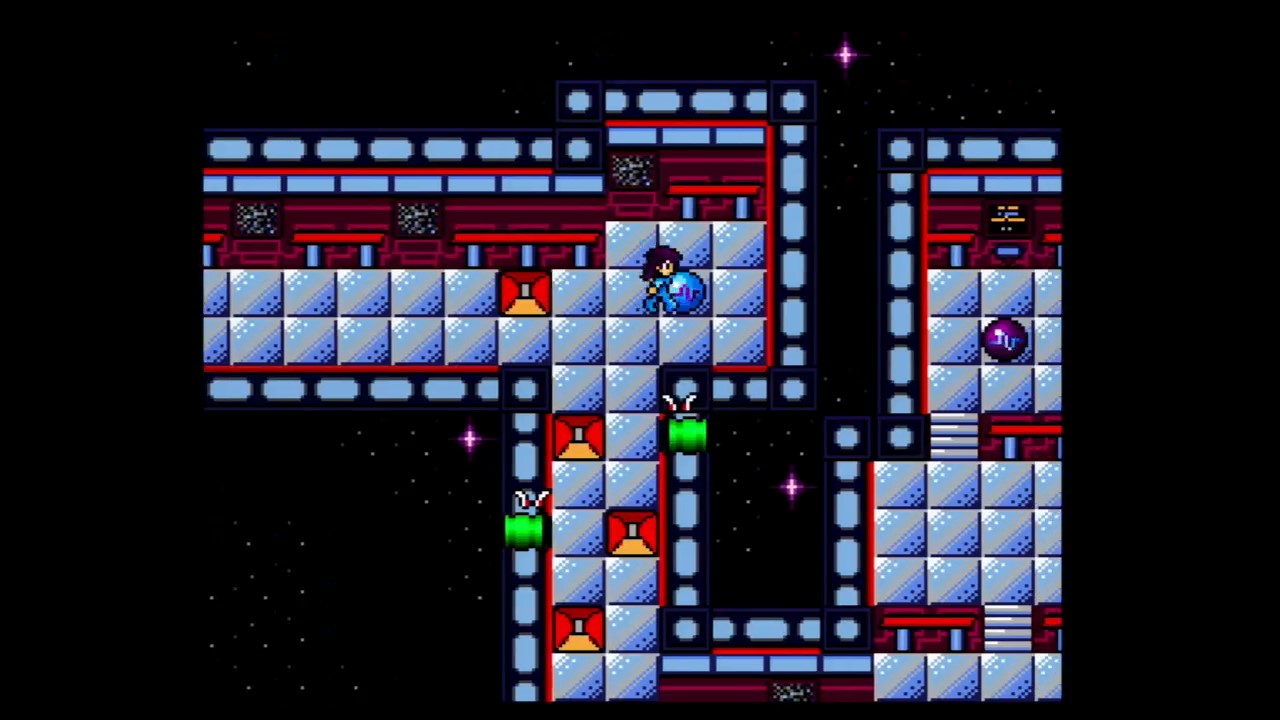 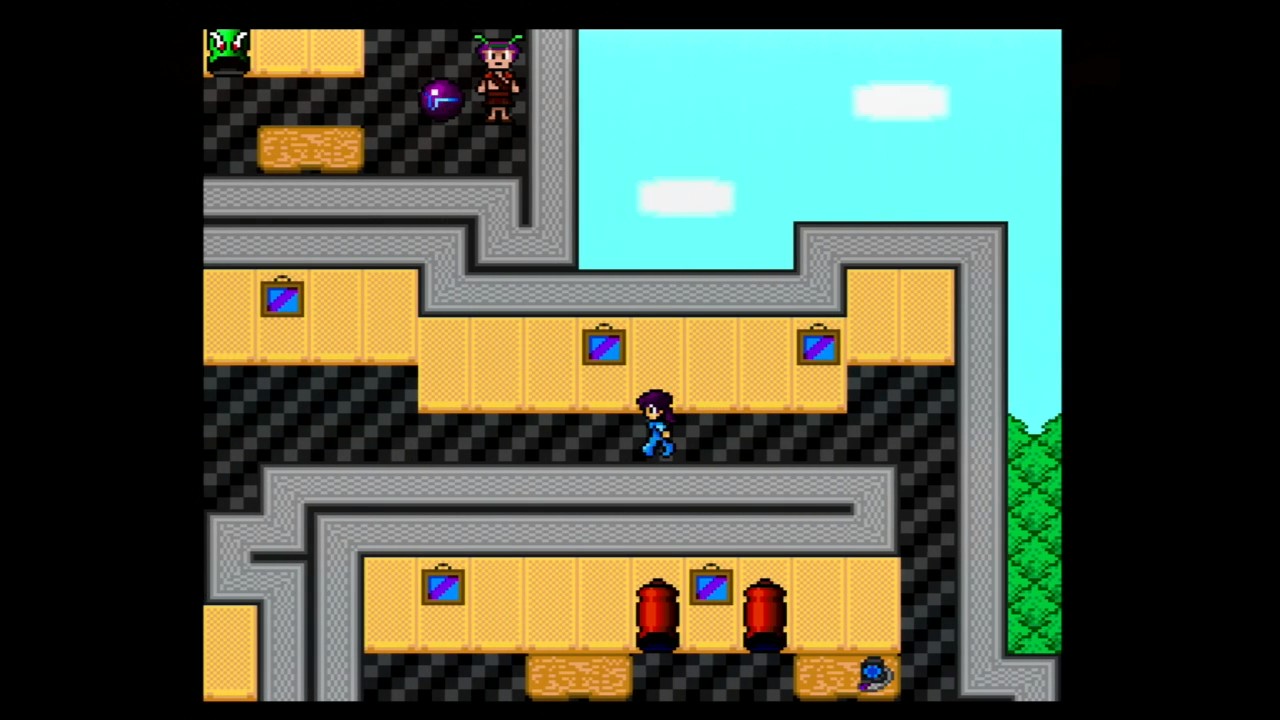 It is rare to get a new PC Engine CD game, and this release raises the bar significantly. The full gameplay experience is available on most PCECD configurations (any with a Super System Card or newer), from a bare-bones Super CD-ROM2 or Duo, all the way up to the most powerful face-hugging SuperGrafx combo with Super CD-ROM2 and Arcade Card. 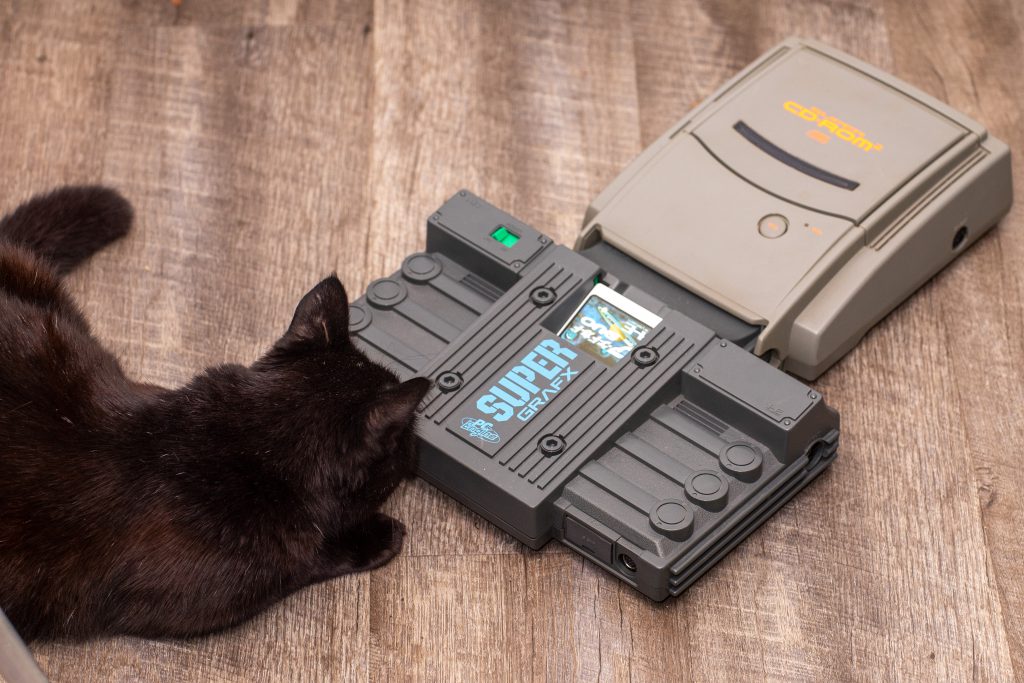 For the first time ever, Nicole has combined the technical capabilities of the SuperGrafx with the CD. No other PCE game has ever combined SuperGrafx and CD, not to mention adding the Arcade Card to the mix—much to the chagrin of anyone who has pieced together such a noble setup. 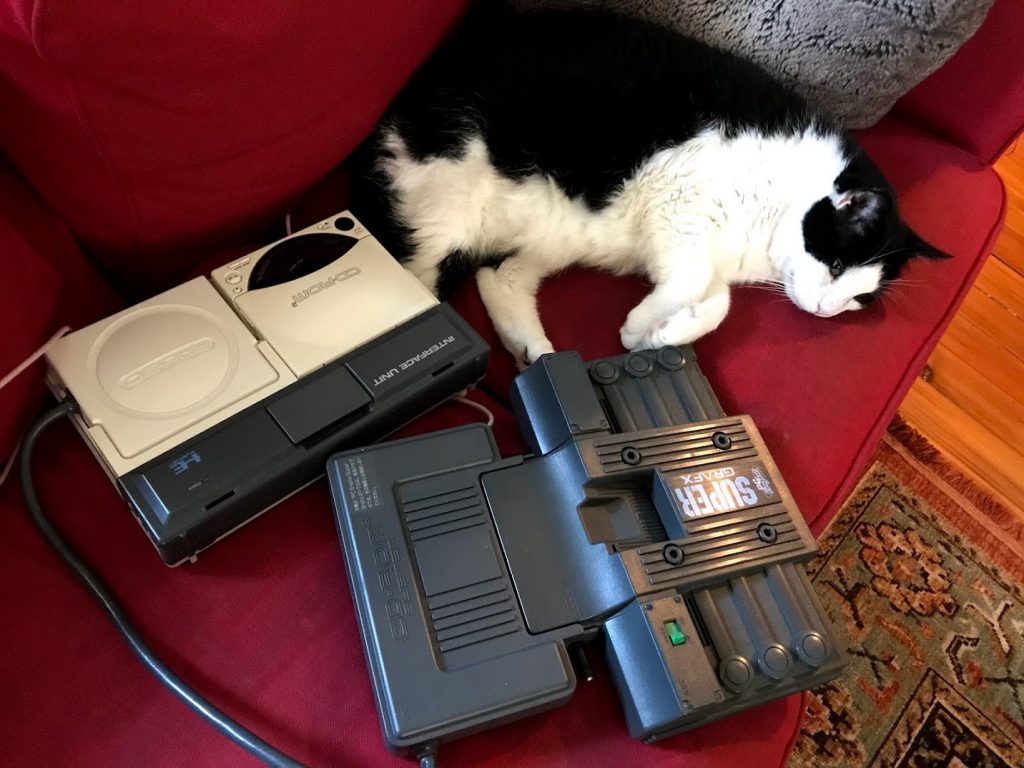 When played on a SuperGrafx background layers are improved and additional graphical layers are added to some game modes, and it will trigger the Super Space Ava 201 title screen. The Arcade Card is used to preload graphics at the start of each level for faster loading, and gets a custom Space Ava 201 Arcade title screen when in use.

These are major technical feats without precedence, made even more important because it is open-source on Github, allowing other devs to see how the hardware was utilized, which could lead to improvements to homebrew or performance hacks of official games, similar to what Chris Covell did for R-Type, which I covered previously.

Space Ava 201 can be burned to CD-R and plays on any TurboGrafx CD configuration (TGCD/PCECD/Duo/Duo-R, etc) as long as it has a Super System Card or newer (or a Turbo EverDrive loading the BIOS instead). It has been tested on TerraOnion’s SSDS3—including the SSDS3’s Arcade Card implementation and enhancements when attached to a SuperGrafx—and it is fully enhanced in MiSTer.

To play the enhanced mode in MiSTer, add an empty file named sgx (with no extension) to the game’s folder to tell MiSTer to launch the CD in SuperGrafx mode (and enable the Arcade Card from the core’s menu).

Nicole has a big list of pay-what-you-like retro-styled games on Itch.io and juicy technical details that she posted to her blog in real time as development progressed. Please support her work if you enjoy the game.

Source: https://nicole.express
Thanks to Nicole for reviewing this article, and to Kitrinx for providing the MiSTer Main preview.

Now, at long last, the TurboGrafx-16 is making a comeback! It's set to return in the form of the TurboGrafx-16 mini, a new compact model that comes preloaded with a selection of popular titles*! Now you can play all your old favorites to your heart's… read more

(as of May 6, 2021 – More infoProduct prices and availability are accurate as of the date/time indicated and are subject to change. Any price and availability information displayed on [relevant Amazon Site(s), as applicable] at the time of purchase will apply to the purchase of this product.) 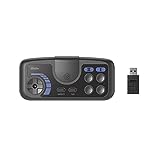 (as of May 6, 2021 – More infoProduct prices and availability are accurate as of the date/time indicated and are subject to change. Any price and availability information displayed on [relevant Amazon Site(s), as applicable] at the time of purchase will apply to the purchase of this product.)