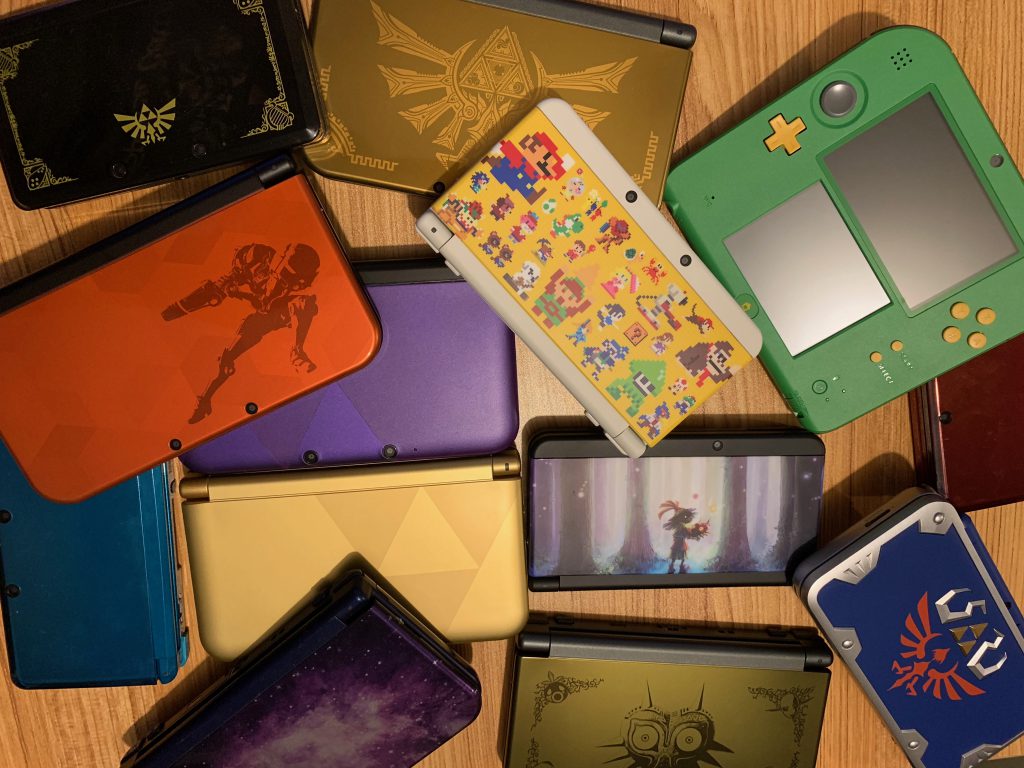 The Nintendo 3DS launched in 2011 and since then there has been six versions produced, the original 3DS, 3DS XL, 2DS, “New” 3DS, “New” 3DS XL, and “New” 2DS XL. Now that the system is entered the “Sunset” part of its life cycle I wanted to put together a guide for the future 3DS collector/enthusiast for finding the system with the best possible screen. Sadly, unlike Nintendo’s other products the 3DS (and its many versions) are all over the place when it comes to screen type and quality. Most 3DSs come with TN style LCD screens which are fine. However, with these screens contrast/viewing angle is not optimal and are more likely to have inconsistent colors. Then there is the random luck of getting a system with an IPS screen which tend to have superior contrast, viewing angle, and color.

For the following tests and comparisons, I will be using the application Activity Log because it is standard software on all Nintendo 3DSs, screen brightness will be turned to max (level 5 auto brightness off), power save mode turned off, and if the system had a 3D mode it was disabled. I will also only be focusing on the top screen. Most systems with an IPS screen will have a TN for the touchscreen.

First let’s look at the dreaded yellow screen. Below are two original 3DSs. The system on the left has a severe yellow tint on the top screen and even the secondary touchscreen is somewhat yellowed. I am the original owner of the system and purchased it day one. It came from the factory yellowed so I believe this is not a process that happens over time. On the right is a normal 3DS. Both are TN screens. Side note: I have never encountered an original 3DS with an IPS screen. If they do exist, I have not seen one. 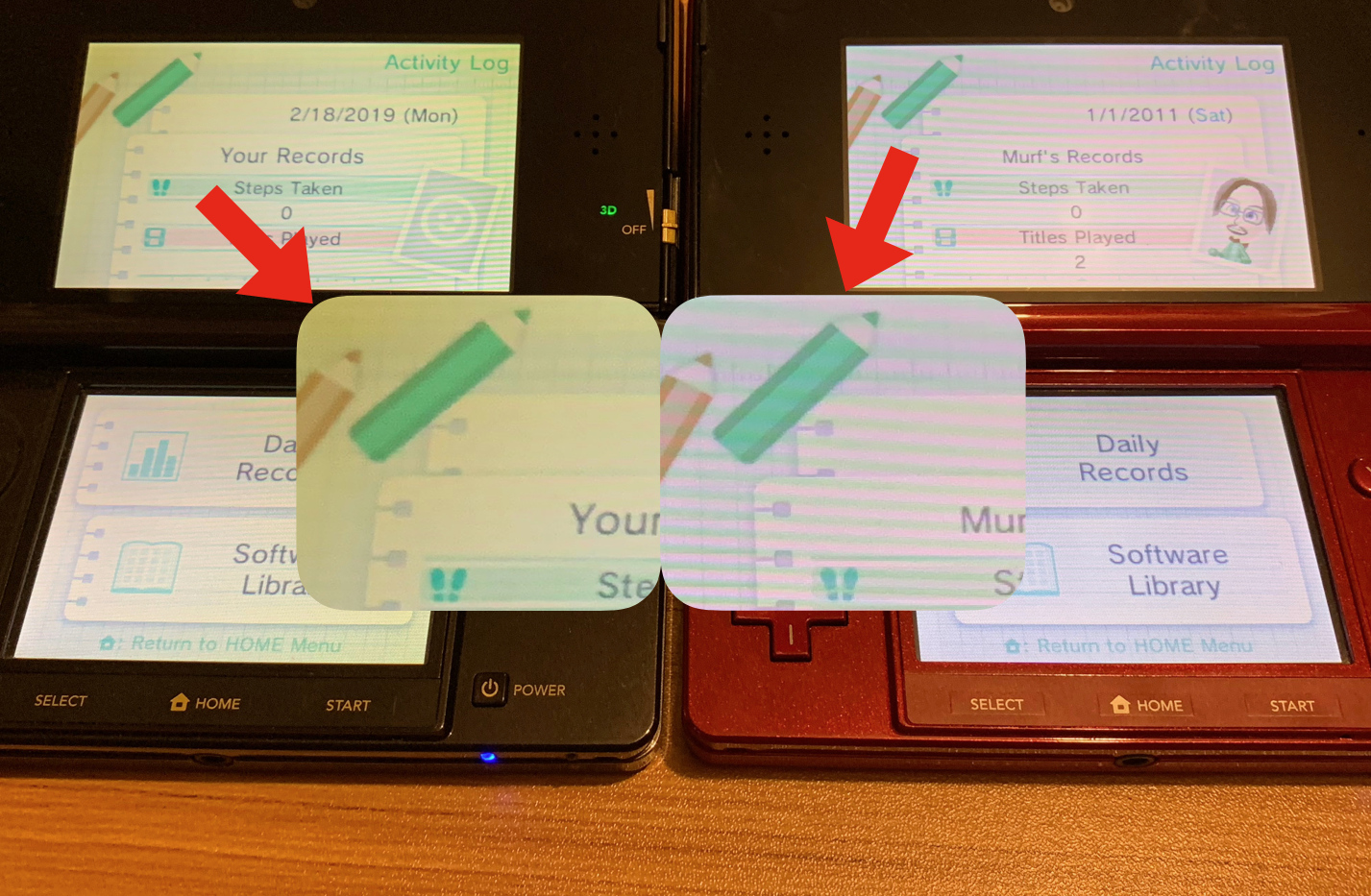 I’ve noticed that the 3DS XLs are also prone to this defect. However, the yellowing effect may not be as pronounced. 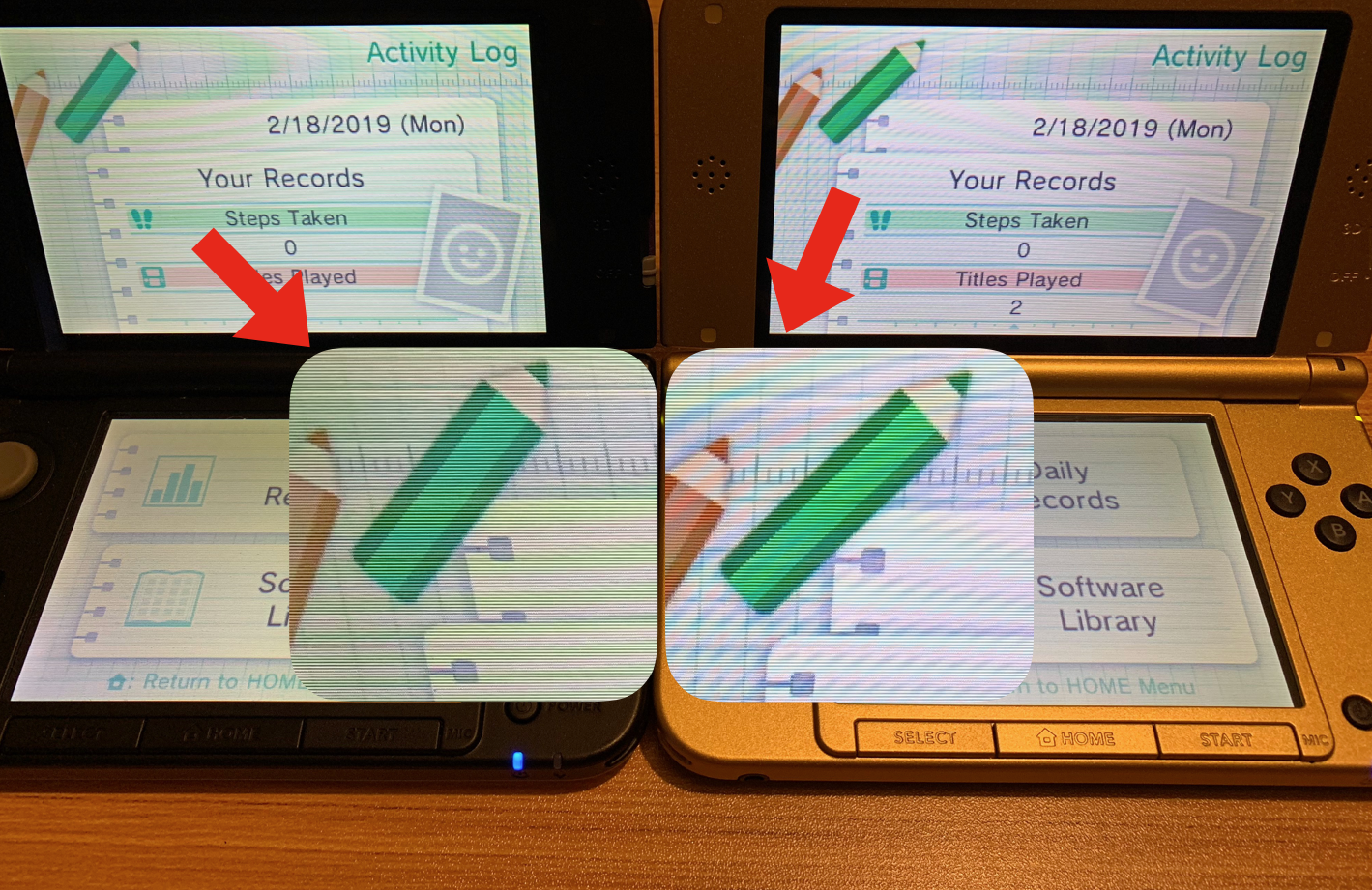 Next, let’s try to find one of those lucky IPS screened 3DSs. In the picture below I have a “New” 3DS with an IPS screen on the left and one with a TN screen on the right. The IPS system (left) has noticeably better colors and contrast. However, it’s hard to see the difference between the two with my camera and lighting. But, there’s an easy way to tell if you have an IPS or TN screen. 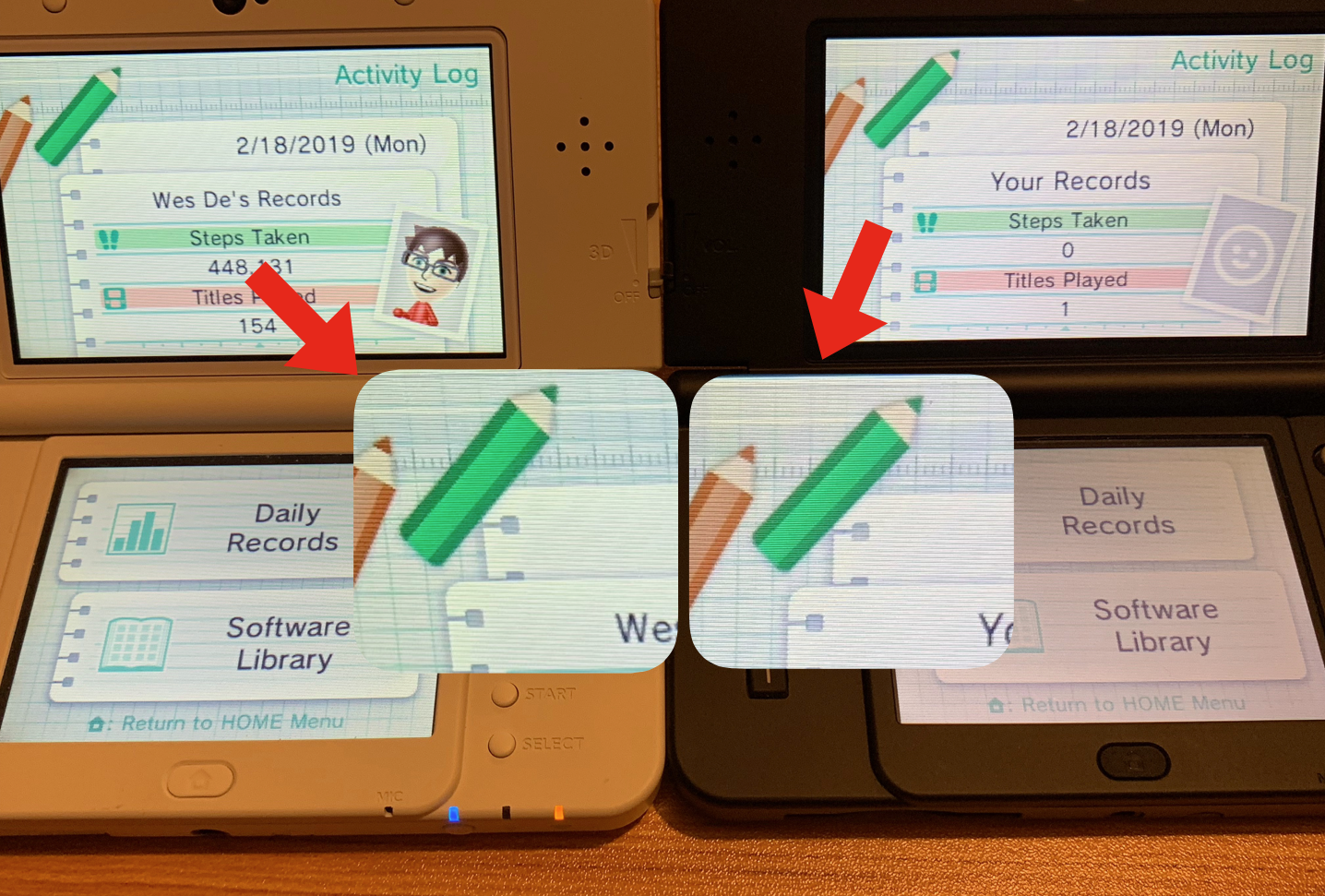 Just tilt the system so you can see the screen from an angle. If you can still see the image you got yourself an IPS screen. If the image is obscured mostly by the backlight then you have the more common TN screen. 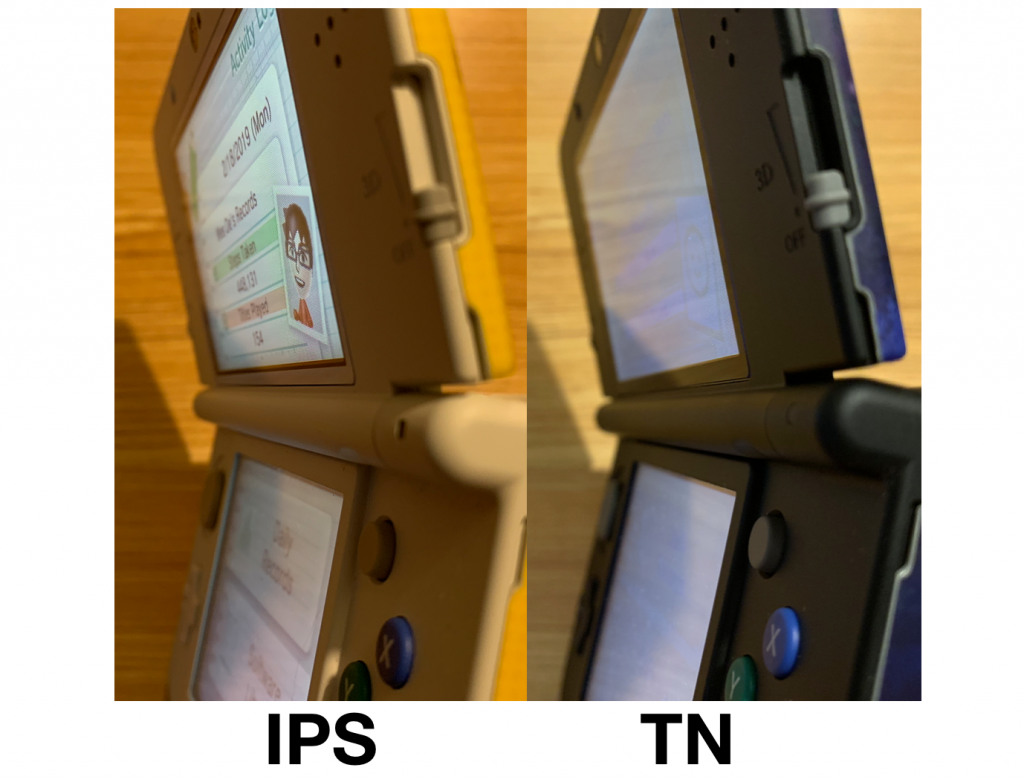 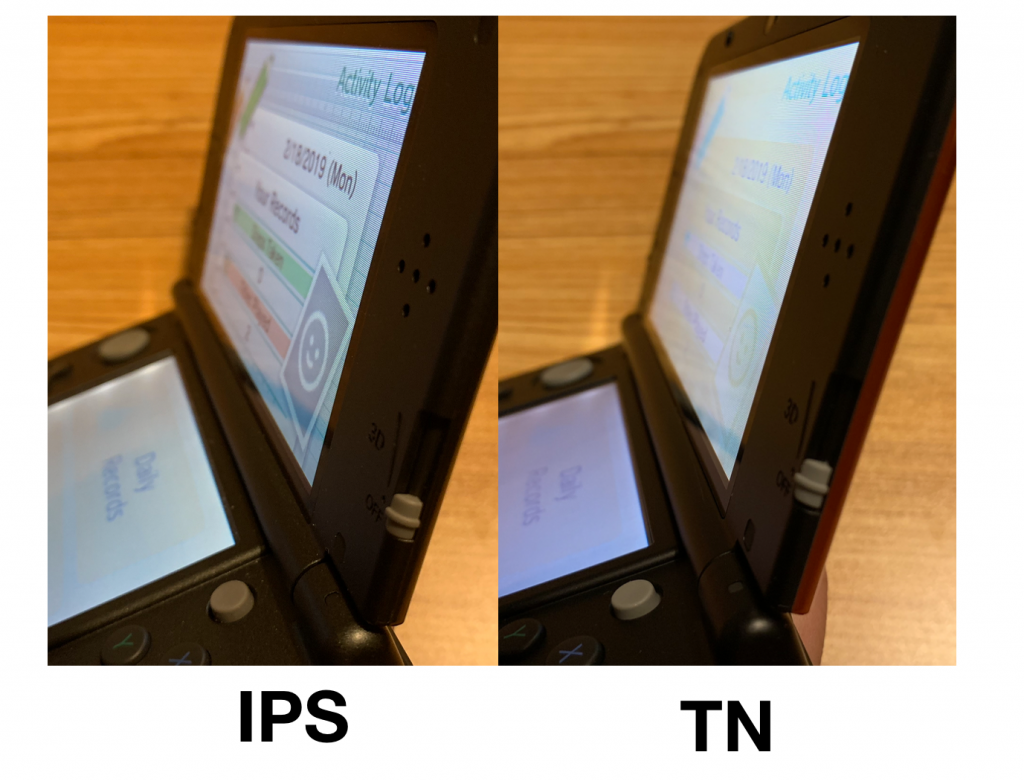 As for the 2DS and “New” 2DS so far, all the ones I have seen are TN screens and I have not found evidence that they ever came with IPS screens. 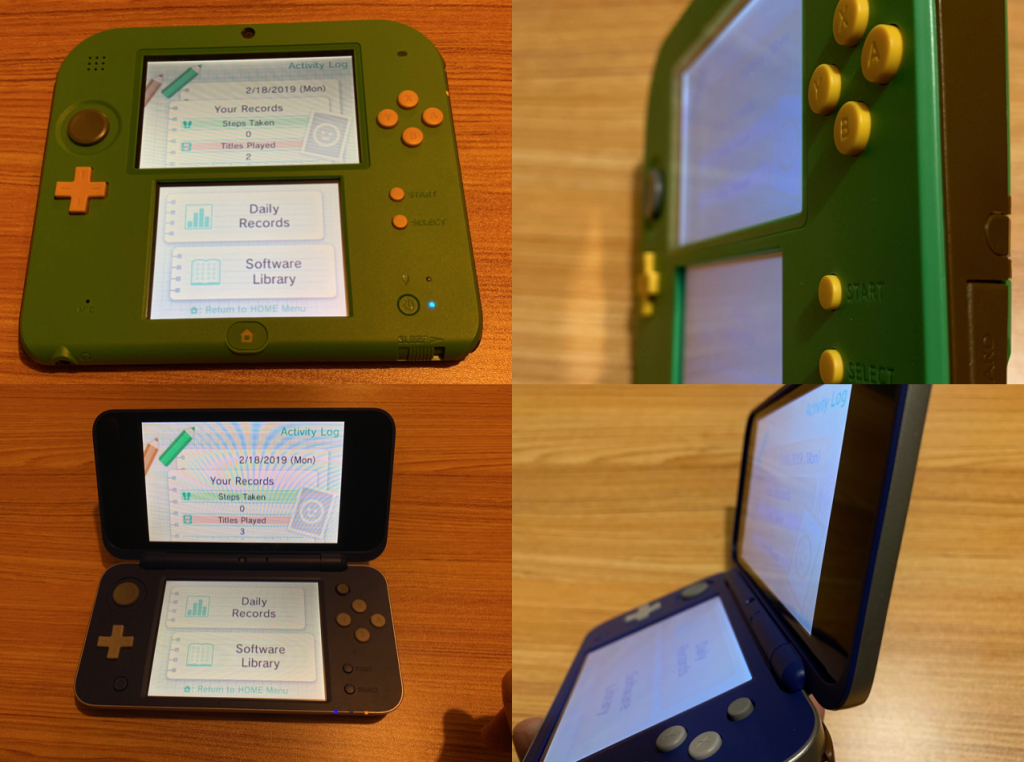 In my research some have stated certain editions come with IPS screens. For example, I read in a few places that the SNES edition “New” 3DS came with an IPS screen. So, I bought one and (womp womp) I got TN. My advice for finding an IPS system is, go to your local used game store and ask the clerk if you can see the systems powered on. Do the tilt test and hopefully you’ll find one. I know eBay sellers who know what they have will try to up sell on that fact, but if you keep an eye out you can get an IPS screen at a good price. I have also seen IPS replacement screens for some of the versions of the 3DS, but I have not attempted to install one. Maybe in a future project.