I’ll update this page every time I perform a different mod to my NES that’s worth talking about.  For now, here’s all I have:

There’s now a 72-pin connector replacement that’s a huge improvement over both the original and (mostly crappy) aftermarket connectors.  The cartridges fit a big snug, but it works perfect.  I strongly recommend it for anyone with a front-loading NES.

This board plugs into the bottom expansion port on front-loading NES systems.  It enables people who are playing Famicom games (via a modified adapter) to hear the expansion audio used in those games.  It also includes a port that allows you to use Famicom peripherals, such as the keyboard and 3D glasses.

The NES actually produced sound two different ways and combined them into one output.  You can tap into the pre-mixed audio and modify it so they each go to their own speaker.  Sometimes this produces very cool sound effects, other times it can be annoying.  I have the two channels mixed through a knob: 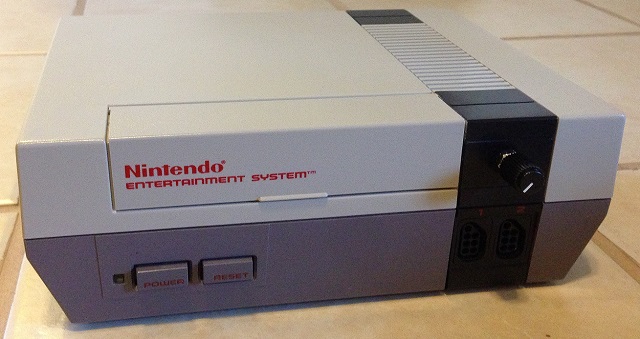 All the way to one side is full stereo separation and all the way to the other is mono.  I was really impressed by how games like Contra sounded in full-separation (‘stereo’), but most games sound best with the knob mixed in the middle (which is where I usually leave it).  Some people don’t like the “fake” stereo effect, but I definitely prefer it over mono.  Listen for yourselves and see what you think:

This disables the region lockout chip and lets you play Famicom games on your NES (or vice versa) using an adapter.

You can play Famicom games on a NES (or vice versa) by using a cartridge adapter: Famicom games have 60 pins and NES games have 72 pins.  If you’re interested in this, simply search Google for “nes 60-pin to 72-pin adapter” (or vice versa for NES to Famicom).  There are cheap adapters available, as well as tricks on finding NES game that have the adapters inside them!  One thing to note is that most adapters don’t transfer Famicom Expansion Audio without a mod.  Here’s a good guide on how to enable it:  http://krikzz.com/forum/index.php?topic=5189.0

I tested this adapter on my original Famicom and it allowed me to use NES controllers AND the NES Zapper on the Famicom!  The Zapper only worked in one of the two pigtaiils and I only tried US games with it…but it did work:  https://www.amazon.com/gp/product/B00NHATUTW 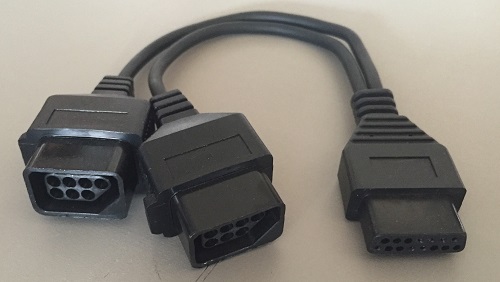 Here are a few links to other random NES mods.  I haven’t tried most of them, but wanted to share anyway: