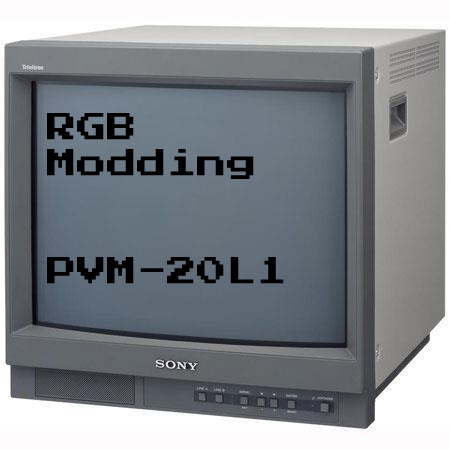 The “L” series, most often referred to as the final manufactured line of professional CRT monitors by Sony, was released throughout the early to mid 2000s. The 20L1 and 14L1 are generally considered to be stripped down versions of their respective successors all through the multiformat L5 line, as they only support composite (through BNC) and Y/C (through a 4-pin mini din) video-in. Almost all other models in the “L” series support RGB and YPbPr natively (except for the 9L2 but that can be solved by installing a BKM-129x cart).

But the 20L1 is still a great monitor; with 600 tvl and a comprehensive on-screen menu, it surpasses most consumer-grade TVs of the era in terms of sharpness and features. So it presents itself here as a perfect candidate for RGB modding.

Just like with modding a consumer-grade CRT, the main attraction here is the so called jungle chip. In the case of the 20L1, the on-board Philips TDA9394H chip, a well documented and previously-exploited chip in the field of RGB-modding, happens to have separate RGB/YUV inputs on pins 50, 51, 52 and 53. Those inputs are usually enabled or disabled by bits labeled IE1 or IE2, using Phillips’s own serial communication protocol, I2C.

Martin listed the steps in his guide on how to get to and enable IE2 in the PVM’s system menu. It’s just a few front-panel button clicks and the first step to modding the monitor is completed. 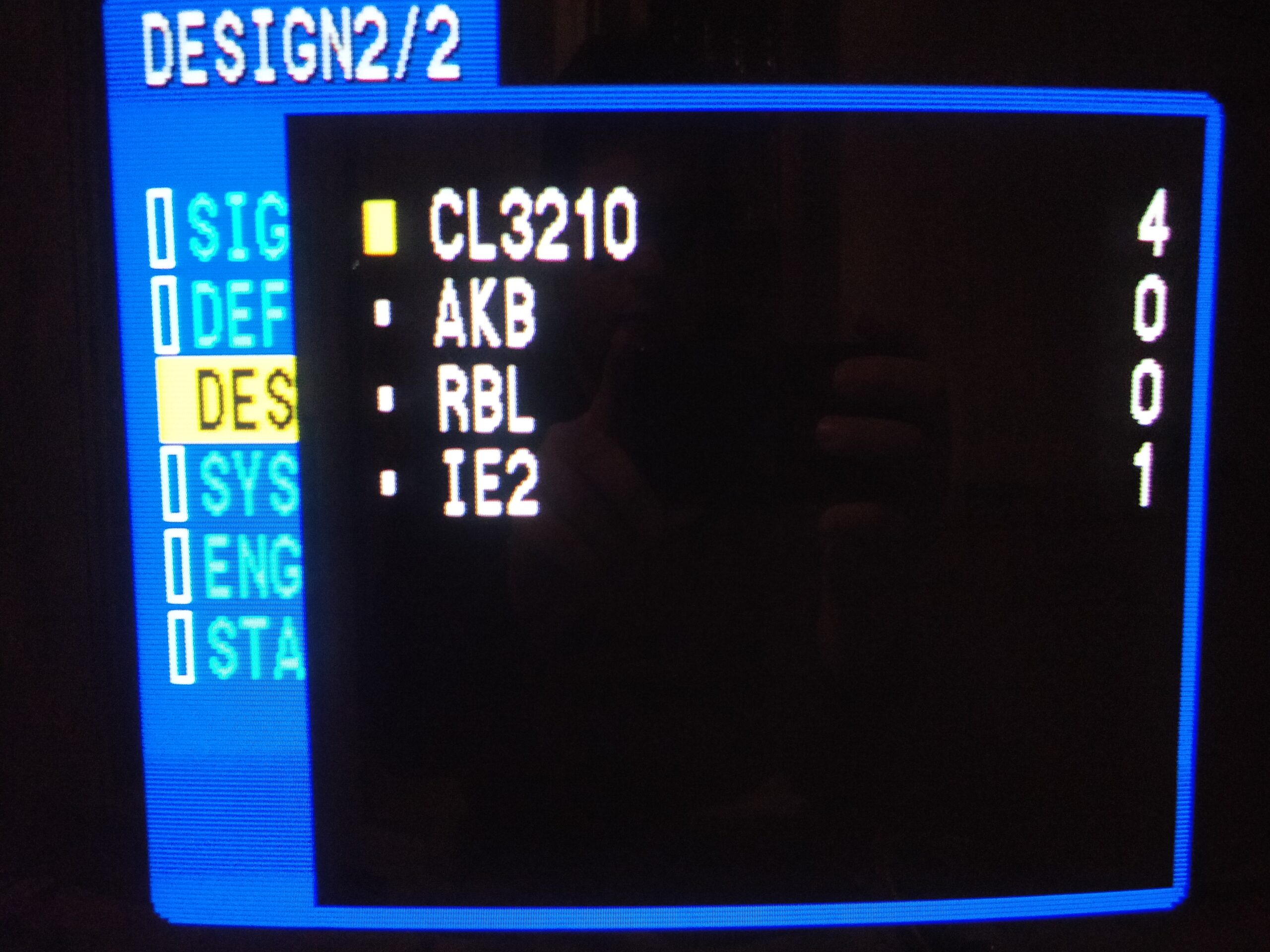 The second step involves removing 4 capacitors located around the jungle chip, and then injecting wires on the now-cleared pads. The wires would run along the interior side of the monitor then connect to the Scart breakout-board on the back (or BNC connectors). The PVM 20L1 now has RGB on input B! 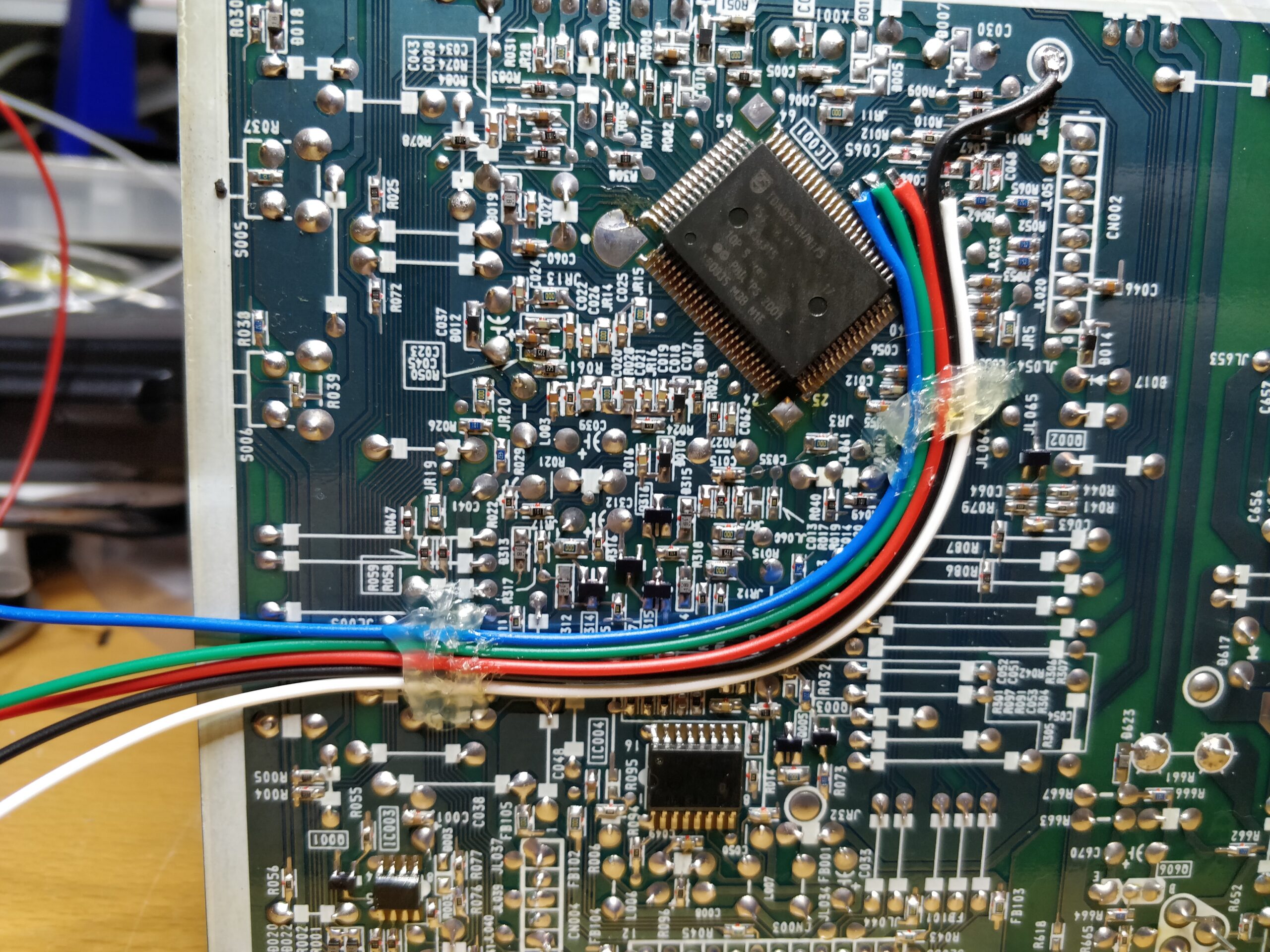 Martin also came up with an interesting 3d-printed shell for his Scart/Audio breakout board to cover the exposed wires coming out of the back grille. He even installed a connector onto the Scart board to minimize wire-clutter and for ease of access. 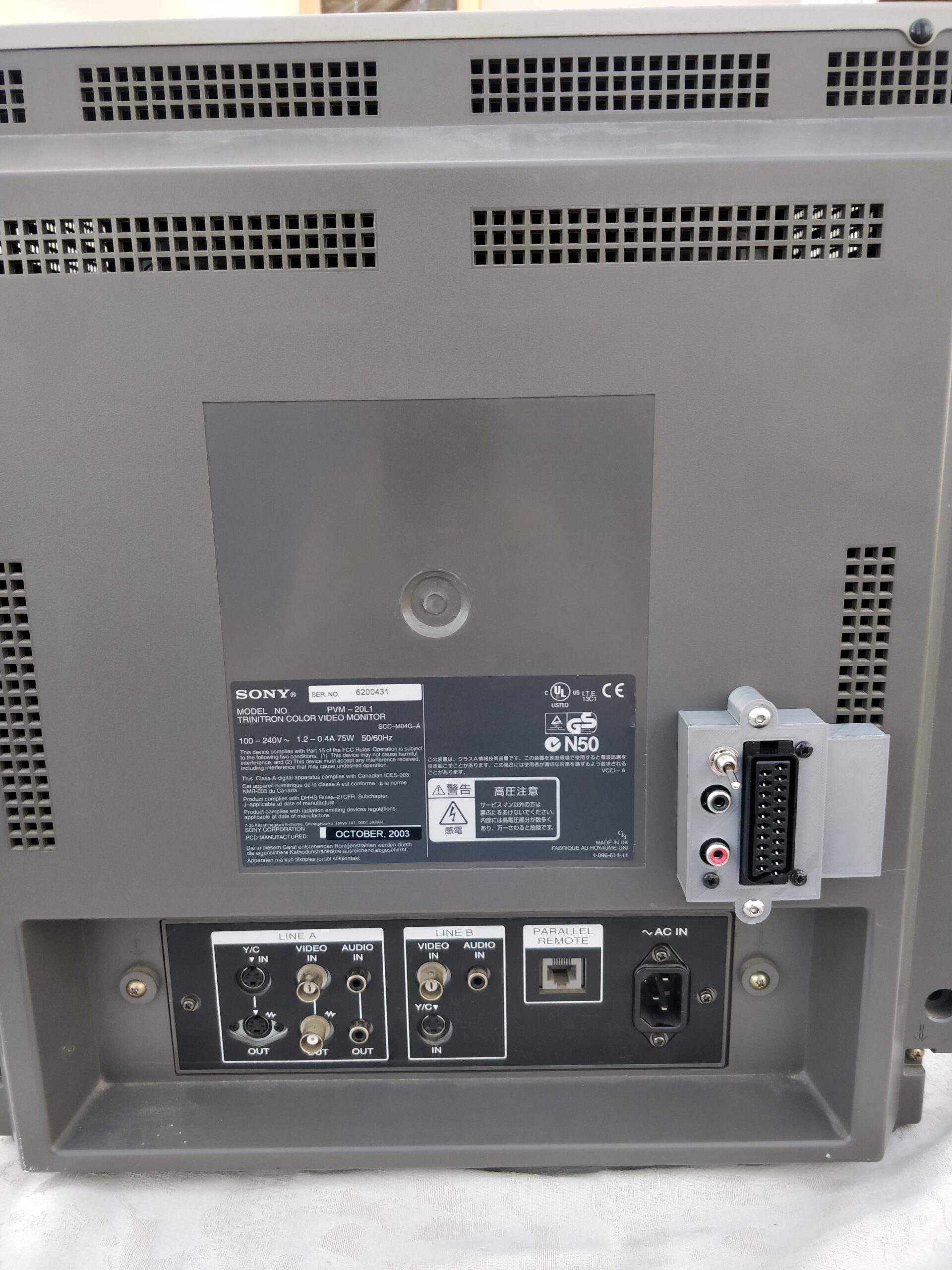 Other than the 20L1, the mod should also work perfectly with PVM-9L1, PVM-14L1, SSM-20L1 monitors as they all share the same jungle chip.

DISCLAIMER: Working on a CRT is extremely dangerous, and it highly recommended to let an experienced technician service or mod it for you.

If you own an L1, modding it for RGB would basically level it up to match, for instance, monitors from the L2 series. And since L1 monitors can still be acquired for relatively cheap (or at least cheaper than most PVMs) nowadays, it would be wise not to pass them up anymore while shopping for/hunting down professional monitors just because they lack native RGB input.