Since September of 2018 TrekkiesUnite118 has been working on an English translation patch for the Saturn version of the JRPG Grandia.  I’ve written about this project a couple of times before when it passed a milestone, and now the story seems to be finally coming to a close.

Early this month thanks to some absolute wizardy by TrekkiesUnite118 and nanash1, the final hurdle to a full fledged English version was cleared – namely a complete reverse engineering of the obscure and unique codec used for FMV sequences in the game. This was necessary to insert subtitles in certain sequences to translate the spoken dialogue.  It was no easy feat.  Much of the process was chronicled in the SegaXtreme thread linked above and if you have any interest in technical details or just to get a feel for how these things get done, it’s a fascinating read.

If play testing doesn’t reveal any serious issues, the current version – 0.9.1-RC will be officially renamed to 1.0 making the project officially complete.

Also of note, since patching the game has proven challenging to some users TrekkiesUnite118 is planning to make this process simpler by integrating the 1.0 release with KnightOfDragon‘s Saturn Patcher utility.

Why This Version Matters

While Grandia is already available in English on the Playstation and more recently the PC and Switch, there are compelling arguments that this may be the definitive version of the game. For example, while the HD Remaster version now includes an option to mix spoken Japanese with English text, this new translation actually handles that scenario correctly while the HD version, unfortunately, does not.

Game Arts’s Grandia was originally released on the Sega Saturn in Japan in December of 1997. For its time it was quite a technical achievement and really showcased the Saturn’s polygon-pushing capabilities. Initial impressions of the game were so positive that publications previewing it in the late summer of 1997 speculated that it may even be the platform’s answer to Final Fantasy VII. While in my personal opinion Grandia is one of the most criminally underrated JRPGs of all time, it never rose to the level of popularity or success of Final Fantasy VII, nor did it breathe new life into the Saturn the way Final Fantasy VII did the Playstation.

The Fall of the Saturn and Localization Limbo

It was to be expected at the time of its Japanese release that Working Designs would do the honors of localizing Grandia to for the English speaking market because of their longstanding relationship with GameArts and localization of Grandia’s spiritual predecessor: Lunar. However by 1998 the Saturn was in sharp decline in the west and Working Designs was distancing itself from Sega. It seems like they were preparing to localize it but passed on it before any serious work began. Meanwhile, Sega themselves were metaphorically pulling up tent stakes on the Saturn, reducing localization investment to a handful of final releases. Rumor had it that Sega of America considered localizing Grandia, but passed on it in favor of bringing Shining Force III Scenario 1 to the market.

The Playstation Version, Localization And Its Issues

When Grandia was developed for Saturn, it took full advantage of the system’s resources and unique hardware and it was said that it would be technically impossible to implement on the Playstation in the same way. However a year and a half later in June of 1999, GameArts had managed to port the game to the Playstation, and just four months later the game was finally translated into English and published by Ubisoft for the western Playstation market. Unfortunately this nearly two year delay meant that the market it was released into was already saturated with JRPGs trying to capitalize on the legendary success of Final Fantasy VII and the cutting edge technical achievements that Grandia brought to the genre were dated and went largely unnoticed and un-celebrated.

The technical compromises required to make Grandia work on the Playstation resulted in a version that many consider to be inferior to the Saturn release in several ways. On top of a technical downgrade the English voice work left something to be desired. Some people seem to object to English voice localizations as a matter of principle, but I’m not one of them. When the English language version is done well, I absolutely prefer it. While the spoken English dialogue in the Ubisoft localization isn’t awful, it’s grossly inconsistent and immersion-breaking. Some of the lines are spoken fluidly and with conviction, and others from the same voice actor voicing the same character are stilted and conspicuously disconnected from what’s going on on the screen – as if the actor was tired and just trying to push her way through the lines. While I can live with the spoken English version, Grandia very much deserved better, and like many I think I would have preferred if the game’s dialog had been left in Japanese for the western release than to have a game this good be marred by a half-hearted English dub.

The Grandia HD Collection Version And Its Issues

In 2019 Gung Ho games published a remastered version of Grandia alongside a re-release of the already-remastered Grandia II as the “Grandia HD Collection” for both the Switch and on the PC via Steam.  The remaster uses the graphic and audio assets (including the flawed English dub) of the arguably inferior Playstation release.  Initially only available via digital distribution (but eventually published physically on Switch by Limited Run Games in 2020), the HD Remaster of Grandia had only one setting for locality – you could either play in Japanese or in English.  Fans let them know fairly early on that they wanted the option to play with English text but spoken Japanese.  A patch was later released that decoupled the dialogue and text options, however Sickhead games (the developer that handled the port) apparently never play-tested or gave any serious consideration to this mode because there are dialogue-only story sequences (pretty pivotal ones, actually) which they have not addressed by adding subtitles or dialog windows the way TrekkiesUnite118 did to the new Saturn localization.

Sickhead games also made a somewhat controversial design choice to use a scaling algorithm on all of the game’s textures.  Rather than using a smoothing filter which processes textures in real time, they claim to have actually replaced the texture files themselves.  There is no option to revert to the original textures (though the original versions of the textures do still seem to be present in the Steam version at least).  Personally I found the up-scaled textures to be tolerable, but much like the English language dub, largely inconsistent in quality.  There are a few spots where it’s clear they just let the algorithm do its thing resulting in some truly awful looking sprites that probably should have been touched up by hand.

The HD remaster is presented in widescreen.  The original FMV sequences were rendered in 4:3.  For most of them, Sickhead applied a blurred border that simulates additional material to the left and right to fill the frame, though some of the FMV sequences are fully 16:9 and sharp enough to appear natively HD (evidently Sickhead had access to at least some of the original assets), but there are a handful of sequences where, for whatever reason, the game uses still images of in-game areas and for these they just stretched the 4:3 across the 16:9 field.  (Incidentally, if widescreen is your thing, there IS a patch to make the Saturn version display in 16:9 ).

This new English translation of the game is currently the only way to fully play Grandia with the original Japanese dialogue and the English script while enjoying the original graphics and performance of the Saturn.  It’s truly a labor of love and a great technical achievement that nearly matches the technical achievement of the game itself.  With this project, TrekkiesUnite118 has finally brought home a game that has long deserved to be a part of the Saturn’s legacy in the west, and accomplished something I’ve dreamed about for nearly twenty-three years but never expected would happen. If you’re as excited as I am about this (or even just normal-person excited), think about stopping by the SegaXtreme forum and dropping a “Thank You” in the thread.

While you can burn this game to CD-Rs, the most convenient way to enjoy this new translation on original hardware for many will undoubtedly be via one of the many ODE options for the Saturn such as the Satiator, Fenrir, Rhea/Phoebe or MODE.  Whichever is your avenue of choice, you can do right now with the 0.9.1-RC.  Though this may end up being identical to the final release, I would feel remiss not to mention that a side effect of the the seminal 1.0 announcement is that it should signal that Saturn Dave is finally ready to start selling his absolutely beautiful, painstakingly period-accurate, more-than-complete boxed versions (which were also showcased in a previous post). Please keep in mind however he doesn’t sell game software or jewel cases, he sells the manual, inserts and blank CD-Rs with the covers pre-printed – it’s up to the buyer to supply the jewel case and write the patched game to the discs.  (Since my initial conversation with Dave about these sets, the pandemic has created a situation where his ability to produce new materials has effectively stopped.  The small batch already created will not meet demand, but he plans on making more when things approach normal again, so please be polite and patient if you want one.  This is a hobby for Dave, not a business.) 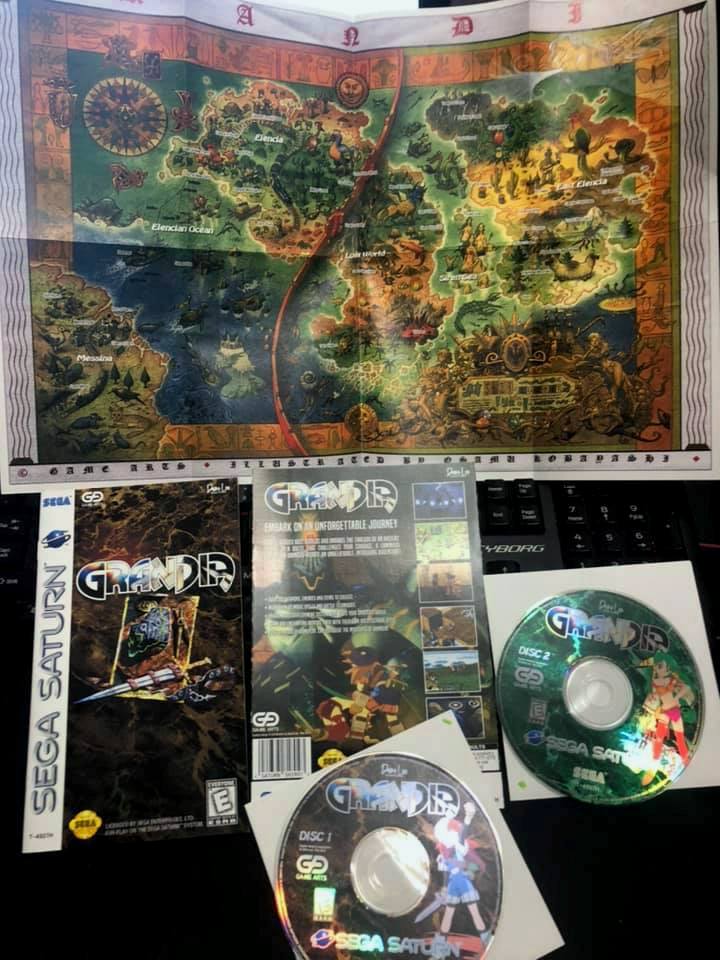