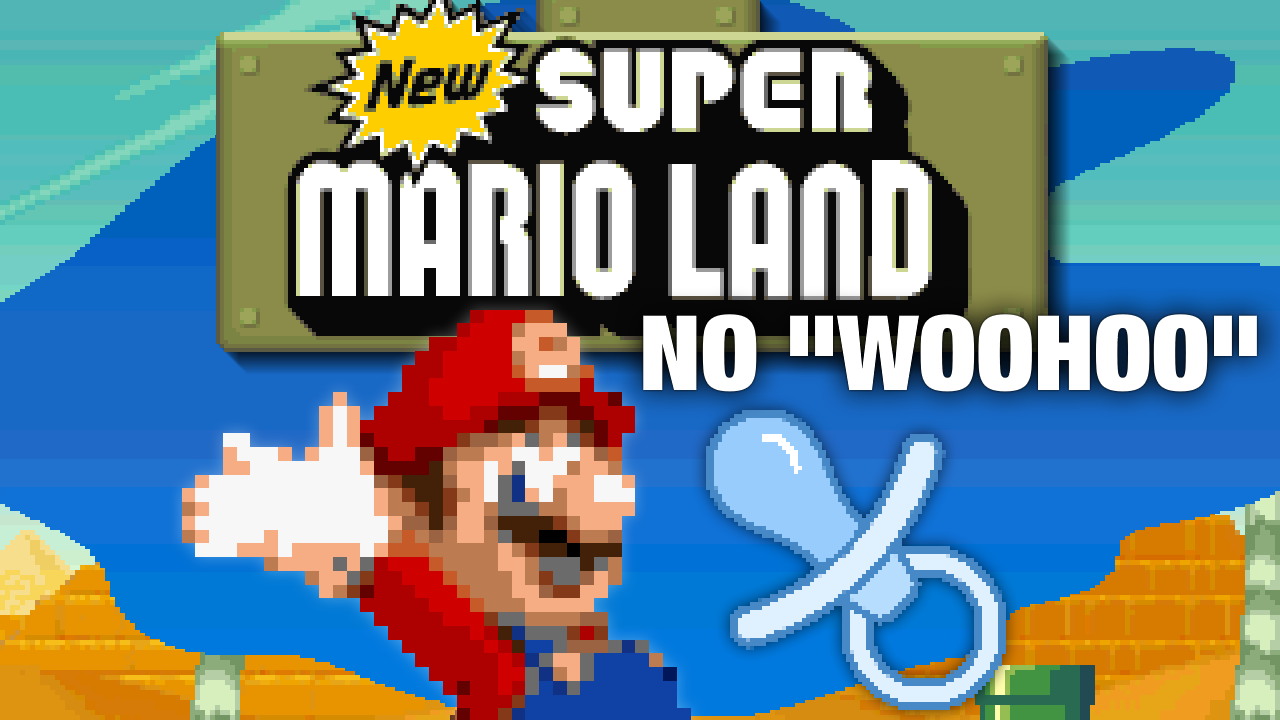 New Super Mario Land stands as a high water mark of homebrew coding–a masterpiece for the ages. A 16-bit re-imagining of the classic Game Boy Super Mario Land for the Super Nintendo by a legendary scene coder.

Although after hours of gameplay, the characters’ “woohoo!” jumping sound effect can become repetitive, so many requested a patch to remove it. Qwertymodo found a simple hex edit and Game Genie code to do just that, and I converted his work to a stand-alone patch, in the same spirit as the Pacifier Edition hack for Yoshi’s Island to silence Baby Mario’s cries.

I originally submitted the hack at Romhacking.net, but it was rejected because it can be achieved using a cheat code, which is a disqualifier on the site. But, it is really nice to just patch your ROM and forget about it, so I’m releasing it here at RetroRGB. Both IPS (Lunar/FLIPS) and BPS (Beat Patcher) patches are included below, use whichever you prefer.

This patch removes the “woohoo” sound effect that is triggered by every jump in the game. Although cute, the effect becomes repetitive after hours of gameplay.

This has the same effect as using Game Genie/Action Replay Code: C01E75EA+C01E76EA+C01E77EA

‹ ›
Liked it? Take a second to support SmokeMonster on Patreon!