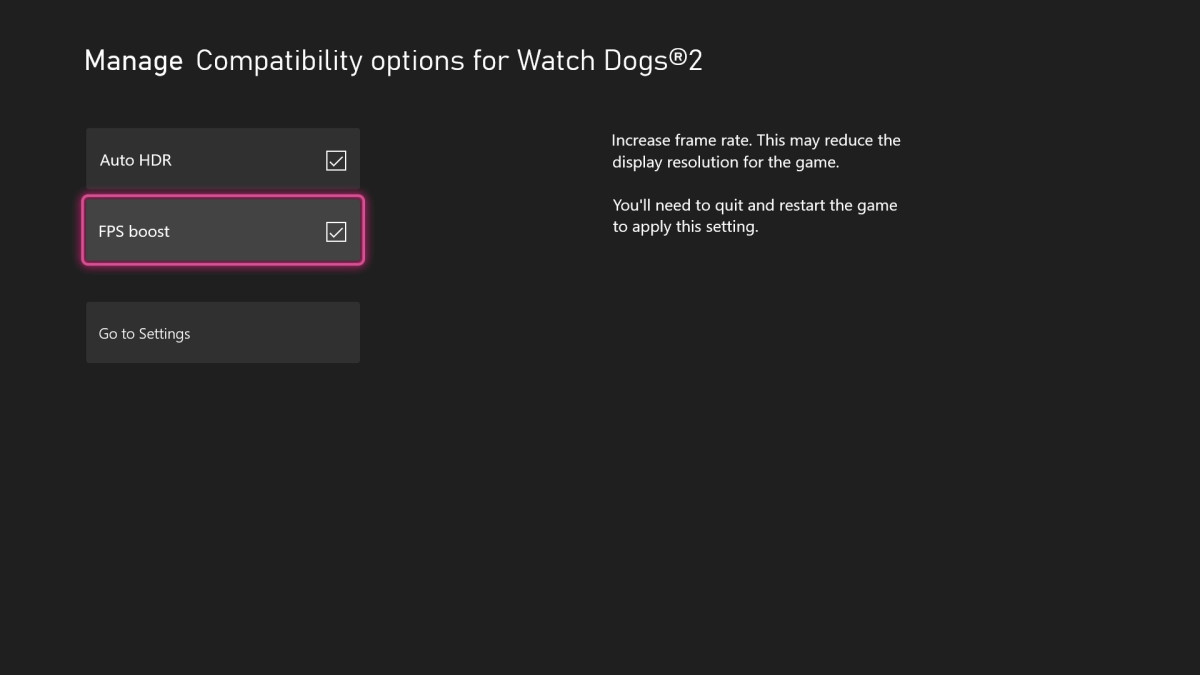 Microsoft has been rolling out the March 2021 update for the Xbox Series S/X and included is an interesting feature:  The ability to toggle HDR and/or FPS boot on backward-compatible games.  Not every game will support these features and the toggle option is focused on modern games, however some original Xbox games do have an option for HDR:  https://news.xbox.com/en-us/2021/03/09/march-xbox-update-details/

Microsoft’s focus on not only backward-compatibility, but also improving the experience of games from previous generations is impressive and commendable.  Even small features like the ability to control how these improvements are implemented are something no other console has done before.  While we’ve seen backward-compatibility in consoles since the Genesis / SMS (via an adapter) and GBA/GBC/GB (they all just fit), it’s rare that there’s any reason other than convenience for playing those games on a newer console.  The closest we’ve gotten to this in the past are some filters on PlayStation backward compatibility, that never impressed me much.

I’m certainly no expert on modern consoles, but I was absolutely blown away when I saw Panzer Dragoon running on an Xbox Series X on a 4K, 120Hz OLED.  It didn’t “just work”, it was a significant upgrade from the original.  It looks like some Xbox One games are getting an even bigger upgrade when played on the latest version of the console as well!  Check out Digital Foundry’s recent video for some more examples: