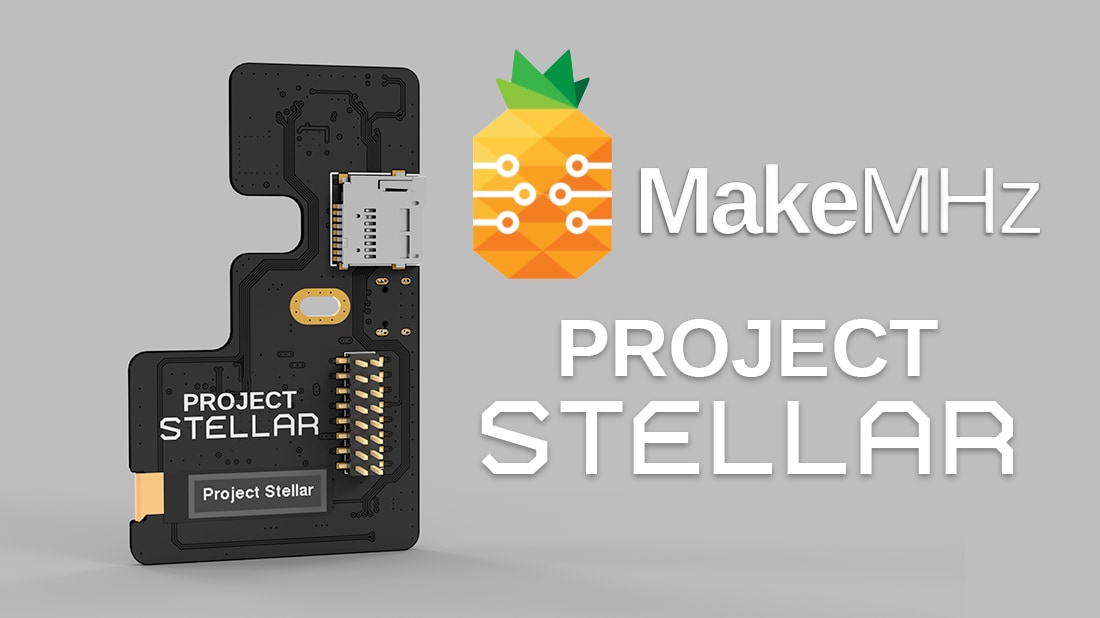 I can think of at least a few consoles that have been completely subsumed by homebrew and modding communities—the Dreamcast, PSP, and Wii all come to mind—but it still feels like the original Xbox modding community is in a league of its own. While other consoles might have impressive soft-mods and even a few hardware tweaks that improve upon the original designs, it is possible to double the Xbox’s RAM pool and even install a more powerful CPU if you can get your hands on one. It comes as no surprise then that MakeMHz, the company behind the excellent XboxHD+ HDMI mod, is keeping this tradition alive by announcing several new Xbox projects under the umbrella of Project Stellar. Before we go any farther, it is important to have some context about how HDMI mods typically work and how MakeMHz’s approach with the Xbox is different.

Although the sixth generation of home consoles introduced digital audio over TOSLINK as a mainstream feature, and earlier revisions of the GameCube even exposed digital video over a proprietary connector, it wouldn’t be until the PS3 released in 2006 that end users really had access to pure digital audio and video. Up until then, consoles simply sent the output of their GPUs and audio processors directly to digital-to-analog converters (DACs), which allowed them to output everything from RF over coaxial to higher fidelity standards like RGB and component. Many currently available HDMI mods, like the PS1Digital and N64Digital from PixelFX, simply re-route the console’s internal digital A/V signals to an FPGA so that they can be converted and scaled into something that can be displayed on a modern TV. It’s an effective way to get the best image possible from retro hardware, but a corollary of this method is that the console itself is usually unaware of the HDMI mod. If there’s a quirk to the way that the console generates the original frame—say, the one-two punch of the N64’s anti-aliasing and horizontal blur filter—then those artefacts will still be present in the HDMI output and have to be addressed with some kind of post-processing, potentially adding latency and limiting the fidelity of the final signal.

Which brings us back to the XboxHD+. Imagine that, instead of just taking the console’s digital signals and spitting them out over HDMI, the console and the HDMI mod communicated with each other to generate a signal that was tailor made for the HDMI mod. Beyond that, what if the HDMI mod also included a chip that replaced many of the console’s low-level functions, enabling modern PC features on a game console released in 2001? Some of this will seem familiar to Xbox enthusiasts who have already installed mod-chips or TSOPed their consoles. Custom BIOSes have existed for ages now, and enabling support for added RAM and larger hard drives comes with the territory. Still, picking the BIOS that has the features you want while being compatible with the console revision you own can be intimidating for new users and that’s before you find the latest Hexen disc—a disc image of utilities for setting up a modified Xbox—and try to set up a new hard drive. These are all things that Project Stellar seems poised to address even before you get to the new features it brings to the table.

Although it is projected to be in beta until the end of January 2023, the current list of features includes (but isn’t limited to):

Not to leave the XboxHD+ v2 out in the cold, its new features also include:

Lastly, a few notes that I found interesting:

Honestly, Project Stellar is a difficult mod to cover comprehensively because of how broad its scope is. The number of features it currently supports and the things that are allegedly possible are staggering, and fans of the original Xbox will want to keep an eye on this. Even with Microsoft’s commitment to backwards compatibility on the Xbox One and Xbox Series consoles, there are still compelling reasons to keep using original hardware and MakeMHz is only making that a more appealing proposition with the introduction of Project Stellar.

XboxHD+ v2 kits are priced out at $140USD and Stellar boards on their own are on sale for $70 as of this article’s publication. Pre-orders will apparently be shipped out around the end of November 2022 if everything goes according to plan. Retailers include MakeMHz own website, Castlemania, VideoGamePerfection, and 8BitMods.