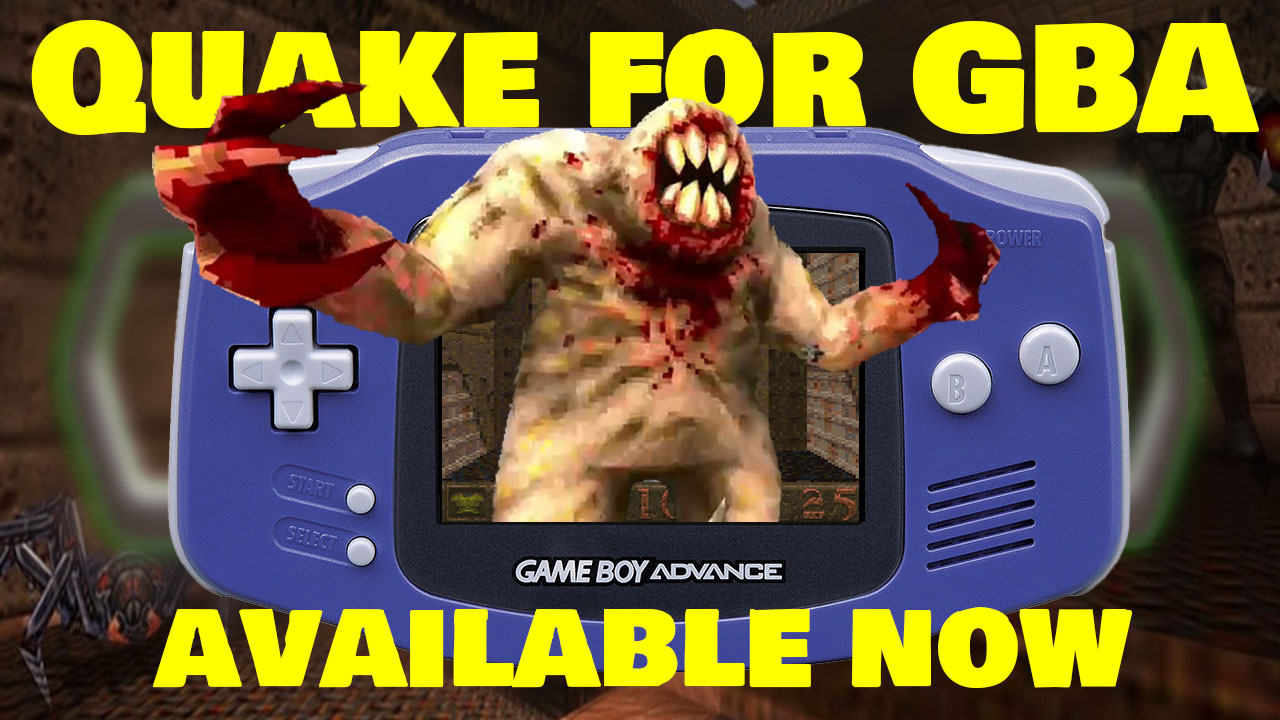 A tediously coded port of Quake from legendary programmer and hardware guru Randy Linden has recently been made available for download. Forest of Illusion first covered the story, providing a download to the GBA ROM file, and then Modern Vintage Gamer getting in direct contact with Randy, and releasing his own video on the topic.

As said in the MVG video, the port is quite smooth and playable, especially given the limitations of the system. Randy’s original plans were to approach Id with his port, which is actually meticulously recreated from scratch entirely in the ARM assembly language, totaling tens of thousands of lines of code. The original ROM, which MVG shows footage of, is still unreleased to the public as it contains assets from Quake that belong to Id Software. This port has been known to exist since at least 2019, but up until now, has not been playable for GBA. The lengths Linden went to, like building his own homebrew developer kit, are incredibly clever and impressive, and are described in the below video from Modern Vintage Gamer.

Forest of Illusion broke the story recently on Twitter. On their website, they host the GBA ROM, available to download now. The released version, named “Cyboid,” contains none of the Quake assets and is wholly the creation of Linden. He has also released it for free on other ARM devices, like the Amazon Fire Stick, and Android Phones.

Today we have preserved a cancelled Quake port for the GBA! It was originally being developed by @RandalLinden. If that name rings a bell, Linden is a veteran game developer best known for the creation of the BLEEM emulator as well as the groundbreaking SNES port of Doom! pic.twitter.com/W87Lh6uGac

I have confirmed that the ROM plays normally in an emulator like Bizhawk, but as of this writing, does not Play in MiSTer. According to Randy himself it plays on “GBA, GBA SP, Gamecube, Wii, DS, and mGBA (on Windows 11…)

That's a shame — it works on GBA, GBA SP, GameCube, Wii, DS and mGBA (on Windows 11, but be sure to enable the "sync to audio" in the Emulation Menu.

Download the GBA ROM from Forest of Illusion here: https://forestillusion.com/2022/quake-usa-prototype

Liked it? Take a second to support ezgoodnight on Patreon!