Doing an RGB bypass on a Sega Genesis is one of the first mods I did and is likely one of the most popular mods in the retro community. People have been bypassing these consoles for a long time in an attempt to get rid of the video noise and the dreaded Jailbars. 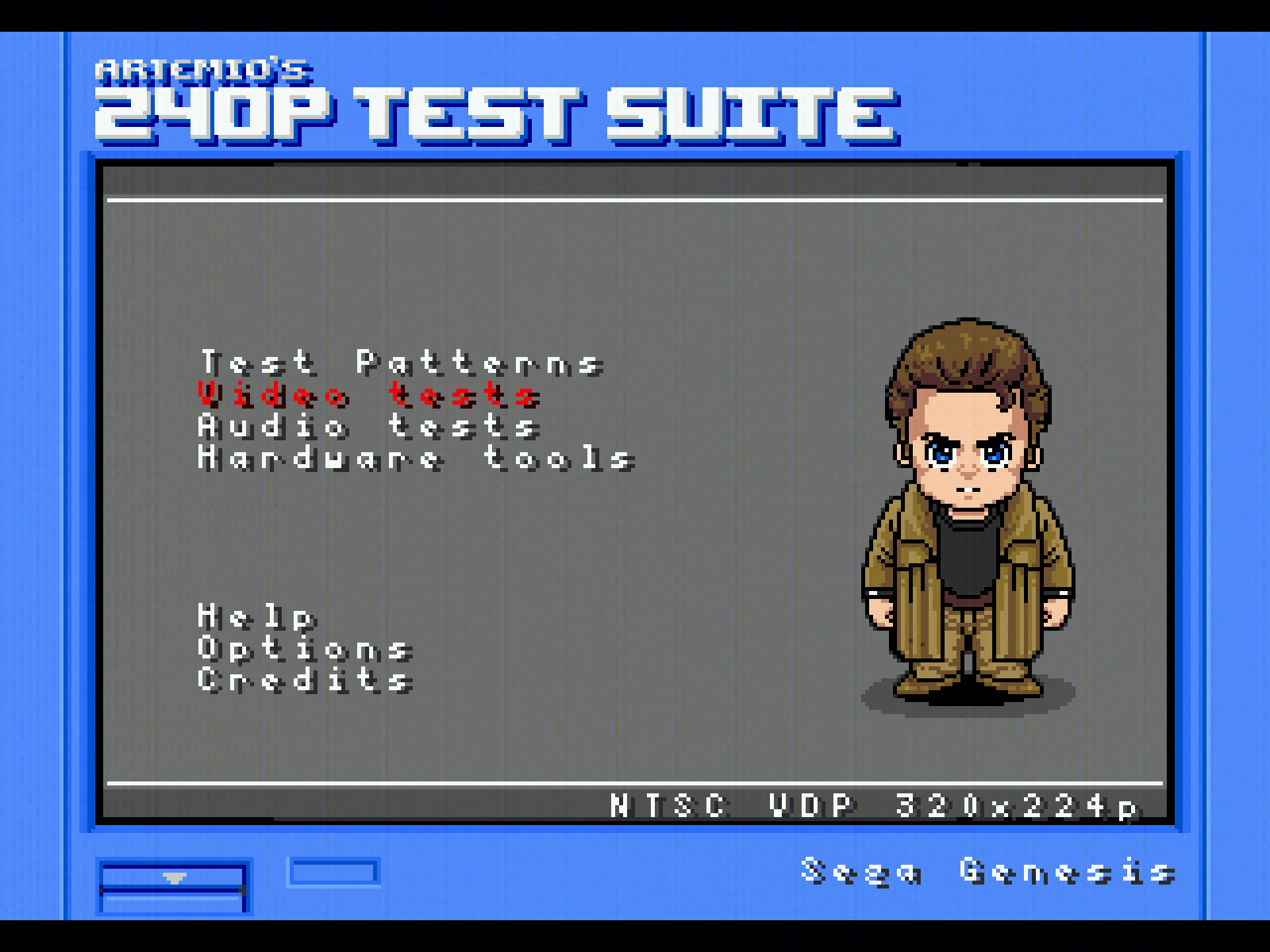 I helped design the second version of 3bp and have spent tons of hours playing around with the console and its different revisions. I recently found out there was an issue with the way we have been doing these installs – But there’s an easy fix.

Over the summer it was brought to my attention that something was wrong in the world of Sega bypasses.  I was sent a picture of a Model 1 genesis console with a 3bp showing the 240p test suite’s colour gradient screen with steps 6-7 blended together.

I pulled out one of my bypassed model 1s from the trunk and noticed that the same issue was present, steps 6-7 were blended together. I moved next to checking my model 2 and 3 consoles and they did not have this issue (or so I thought). So what was it?  A quick examination of the model 1 schematics showed that the part of the Sega RGB circuit was not being replicated when the pins are lifted out of circuit.

On the bottom of a model 1 there are three 5.6k pull-up resistors attached to the output of the RGB lines. The RGB lines are likely open collector from the VDP and require this pull-up to perform properly.

There are two options if you want to do an RGB bypass:

1. Don’t lift the pins or sever the traces leaving the pull-ups in circuit. If you don’t lift the pins you will still have composite but the VDP will now be driving two outputs. It will darken the picture because of this and slightly change the steps. It is not recommended. (proof in the GIF below)

2. Lift the pins like normal and add the 5.6k pull-ups back in. This is what I will cover here as “the fix”.

Whenever you lift the pins or sever the traces, you should add the 5.6k pull-up resistors or it will change the curve of the colours significantly. Below is a Gif that starts with the pictures of an unmodded, stock VA3.

This bypass wasn’t a perfect fix for noise and this particular console still had noise in the video after all the work was done.  I tried with and without the bypass caps but it made no difference. I have another va3 that is almost perfect with a bypass. Unfortunately, no one has come up with a surefire install method guarantee that there will be no jailbars or noise on every model 1 install.

To this point I had just been annoying people on twitter about it but I figured I should make a more formal post that details what to do.  I wanted to be sure about what I was saying before I went off and put something in writing. Here are a few examples of  people that have added the to their current bypass.

This is not just for the 3bp mod though, any rgb bypass that removes these pull ups from circuit will need the pull-up fix.

Model 1 units: An RGB bypass of any kind on early rev Model 1s should be checked for 6-7 blend and darker initial steps. The console almost certainly needs the 5.6k pull-up fix.

Model 2 and 3s: If the traces were cut or the pins were lifted without adding 5.6k pull-ups this will change the steps of the colour output making the middle much darker but it will not present as a 6-7 blend.

Anytime the pins are isolated from the 5.6k pull ups they need to be restored.

Thanks to Bfbiii for help with the captures and analysis.

If you have an early model 1 unit, VA2 and before, just lifting the subcarrier pin can clean up the video of these consoles significantly.  You would also want to do the audio fix that removes the issues with clipping on those early models.

*all captures were taken using a Datapath vision e1 with optimal timings. *