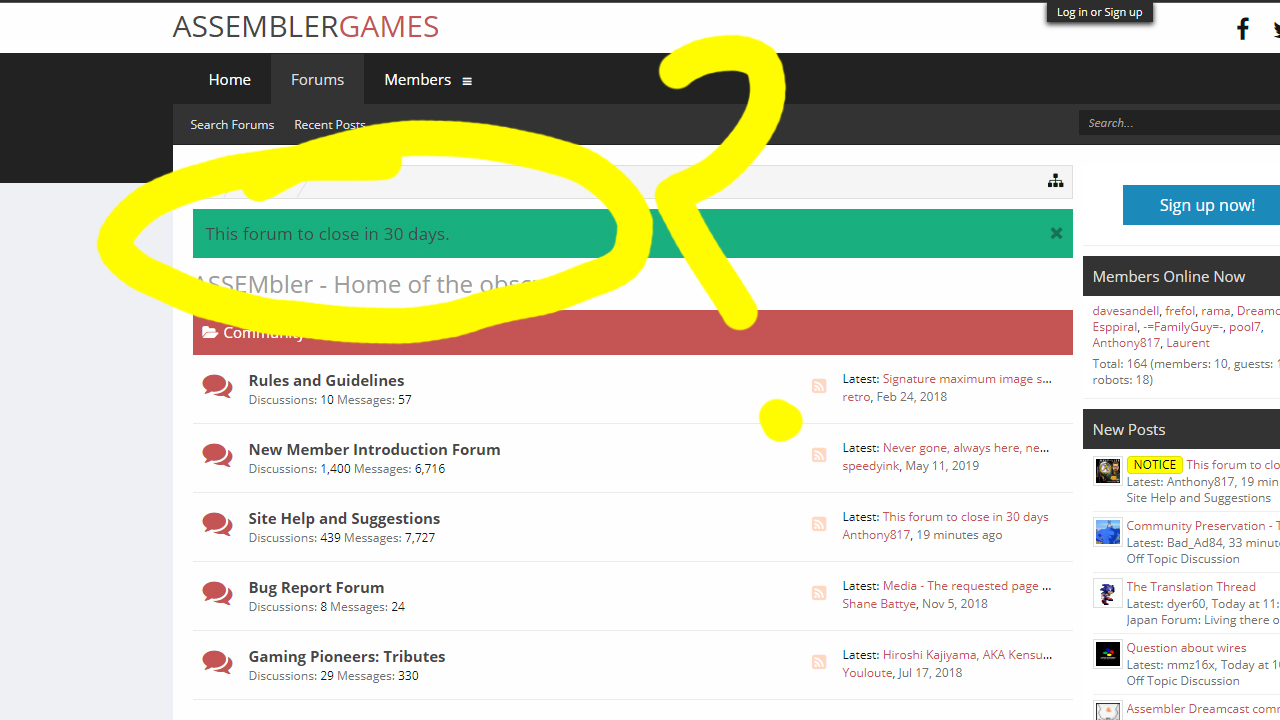 It looks like the administrator of the Assembler Games forum has announced that it will be closing next month in June due to financial reasons.  Forum users have publicly offered to donate to keep the site alive, but the administrator hasn’t responded to anyone publicly as of the time of this post:  https://assemblergames.com/threads/this-forum-to-close-in-30-days.71032/

OPINION (Bob’s):  As someone who’s run a website for over eight years, I’ll be the first person to admit how hard and how expensive it can be.  Without the help of web developers and contributors (both content creators and financially), RetroRGB would never have made it this far.  While I’d like to sympathize with the owner of Assembler Games, the history of this site speaks for itself.  After it’s many crashes, hiatuses and broken links, I would have hoped the owner would have put in place a system to keep it stable.  I try to never judge someone, as we all go through personal issues (and I clearly had my own last year which were very public), but it seems like the owner just doesn’t want the site to survive.

There’s plenty of other forums that could use more admins and moderators, so I ask:  Why struggle to keep this site open, when others could use the enthusiasm that the users of Assembler Games are now showing, but are falling on deaf ears.

So, respectfully, I say let it die and move on.