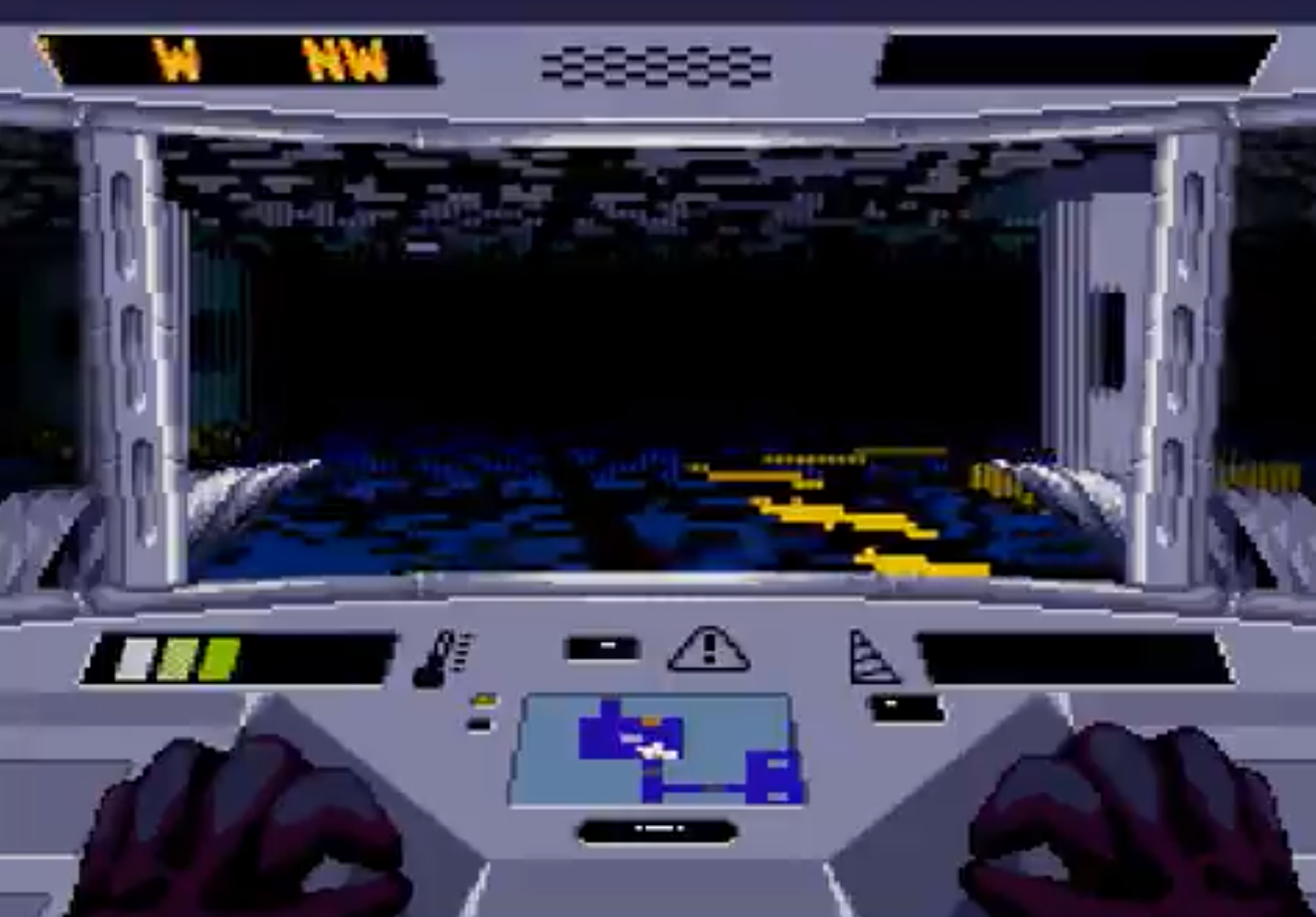 Arkagis Revolution developer Sik has been teasing a new game for the Genesis/Mega Drive over the last few months, and it appears to be a walking mech simulator!

The yet-to-be-named game gives the illusion of piloting a mech in a “3D” space complete with virtual hands operating a simulated control panel.

I'm adding a setting to toggle "smooth rotation" (which is a hack involving scroll) in case it caused motion sickness but I'm starting to think that it's doing the opposite of what's intended… (note: I'm toggling it with a button here). #MegaDrive #homebrew pic.twitter.com/lR57d03RKX

The first person engine uses voxels to simulate a 3D space in addition to other programming tricks to create a smooth scrolling experience.

For more development information, read below. (Credit to developer page)

How does it work?
Warning: heavy use of tech jargon below, knowledge of 68000 assembly recommended.

Unfortunately, there isn’t much more to share at this time, but with the impressive port of DOOM to the Genesis / Mega Drive, (although that one seems that it will need a Mega Everdrive Pro, this game likely won’t) it looks like fans of 16-bit First Person “3D” games will have some impressive new titles to play in their libraries.