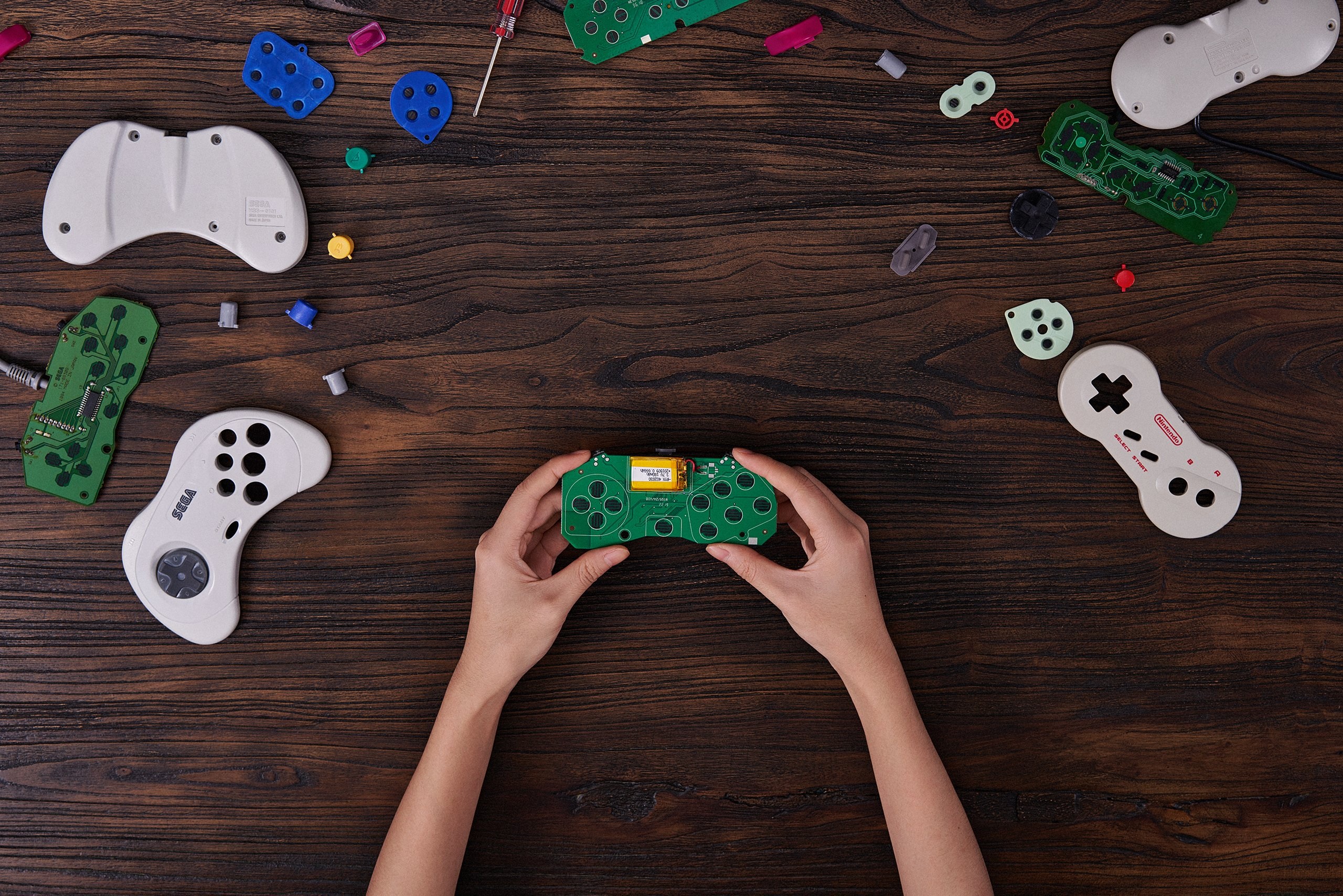 Each kit includes a board that fits snugly under the D-pad and buttons on the inside of the plastic shell, and replaces the original pcb. The new board adds Bluetooth functionality and has a mounted battery that gets recharged through a micro-usb port, conveniently placed at the top middle of the controller (right where the cord used to be).

Considered by many to be of one the best controllers of all time, the Saturn pad is a welcome addition to the slew of quality controllers that’s now compatible with the Switch. But I personally won’t modify my favorite controller unless a 2.4Ghz dongle (Retro Receiver) gets released for the Saturn itself. As for now, I would try and install the highlighted board into an after market Retro-bit Saturn controller; of course that isn’t officially supported by 8BitDo but considering the similarities between the original pad and Retro-bit’s offering (check out Raycommend‘s video below), there’s a high chance that could turn into a successful project.

Just like all the previous 8BitDo DIY kits, the Saturn and Dogbone kits are priced at 20$ each.

PS: There is no mention of the MK-80100 (original model 1 US Saturn controller) as this particular model has a different board layout altogether compared to all later revisions.