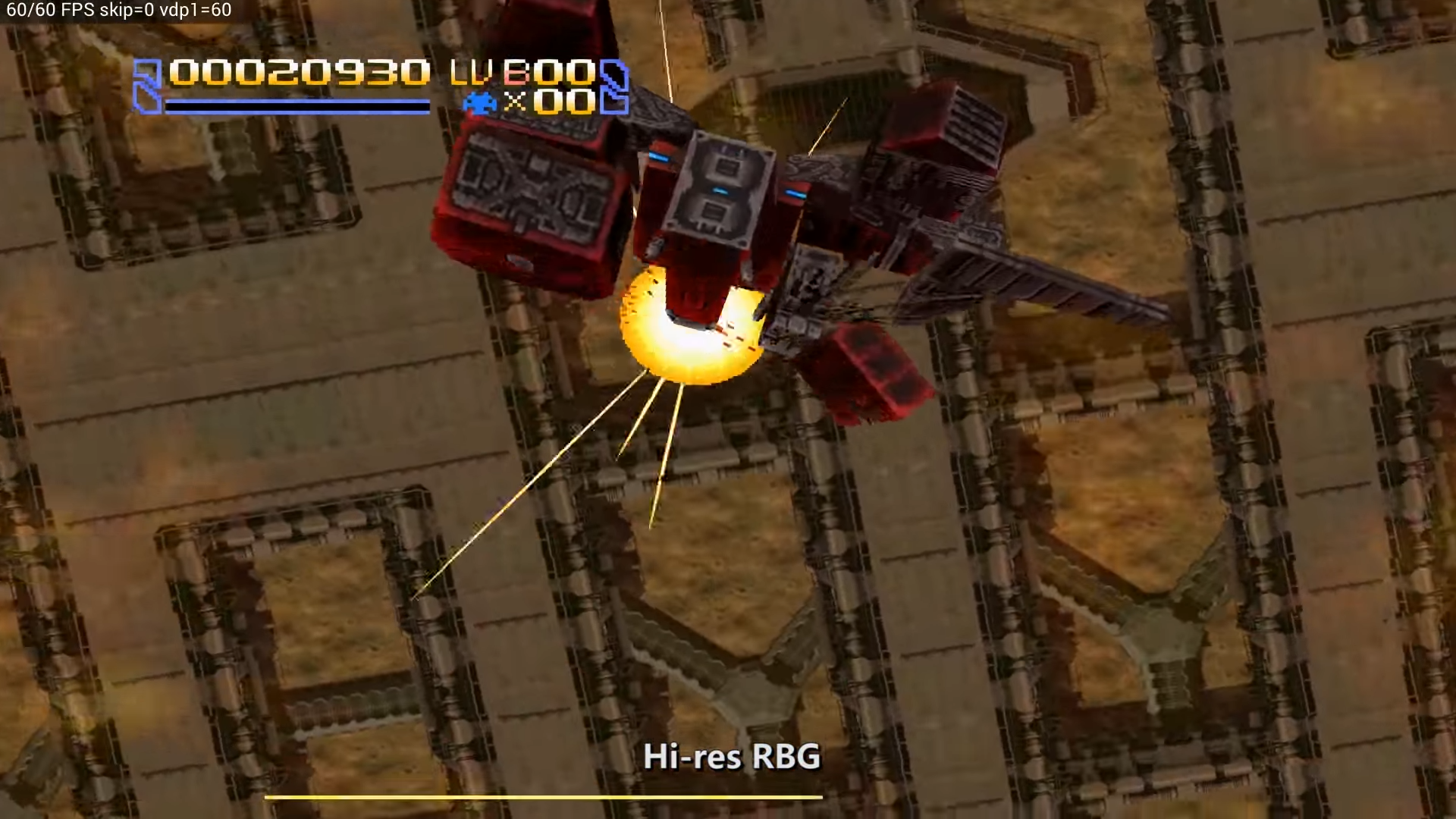 Move over BSNES, Yaba Sanshiro looks to be muscling in on your territory.  Hot on the heels of the recent advances for HD mode 7 and widescreen options on the SNES, the Sega Saturn emulator Yaba Sanshiro has added a similar feature.

To get an idea of the difference, use the slider to see “real-time” changes in the image.

Here’s a split screen still for those that don’t have time to watch the embedded video. 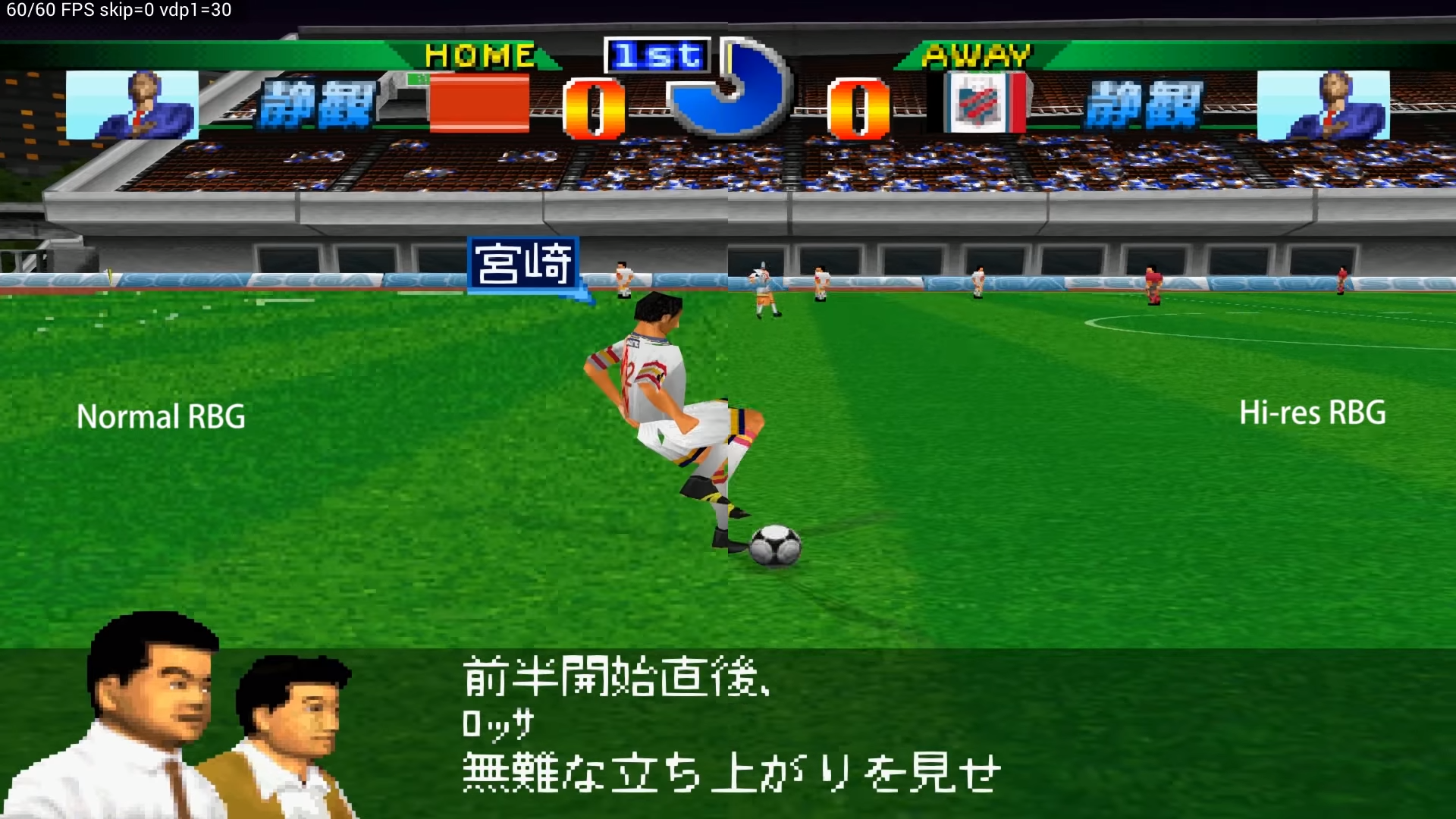 Other improvements are increased stability for the built-in BIOS and compatibility fixes for Last Bronx, Victory Goal 96, and Layer Section 2. Those games will now boot.

Though it’s not quite up to the level of the BSNES option, it’s great to see improvements like this for the Saturn.  Hopefully, in due time, we can get background textures to upscale as nicely as the SNES solution.

Yaba Sanshiro is available for both PC and Android devices and is free to use with donations accepted.