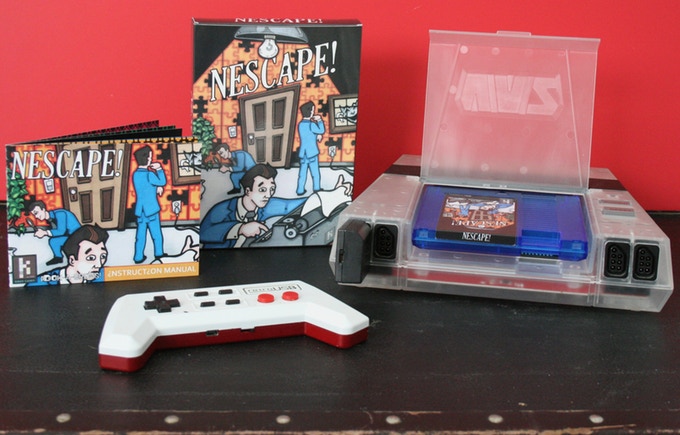 NEScape is the latest title in a resurgence of new games for classic consoles to make its rounds on Kickstarter.  Like many of its peers, NEScape met its goal relatively quickly, so it appears that it’s a safe bet that the Kickstarter campaign will be a success when it reaches its funding deadline.

Created by Khan games, NEScape is a puzzle title that appears to be a take on modern games such as The Room and Keep Talking and Nobody Explodes.

According to Khan games, the game is already complete and the campaign is to raise funds for cartridge, box and manual production. Because of that, it is tentatively scheduled to ship in September 2019 which is just four months away.

One interesting tidbit is that NEScape that is designed to be compatible with the SNES mouse through an adapter.  This adapter is included in the $80 USD package and is compatible with both the original SNES mouse as well as the recent Hyperkin clone.  This should make for a completely different experience than other NES games.

The game is compatible with original hardware and high quality clones such as the RetroUSB AVS & the Analogue NT.  The Retron 5 is not compatible, but Khan games has stated that it has sent Hyperkin a cartridge in order to add the game to their database.

Unfortunately, Hyperkin has not updated the Retron 5 in quite some time and has a history of blowing off homebrew and even official releases that they have broken through their own firmware updates. (Virtua Racing says HI!)

Tiers are from $10 USD for just the ROM file to $150 (sold out!) with a plethora of goodies. A standard CIB copy is $60 USD while the aforementioned package with the SNES mouse adapter coming in at $80 USD.

As a disclaimer, Kickstarter is not a store and should always be considered a risk.  That said, Khan games has released physical games prior to this campaign and are well known in the community. 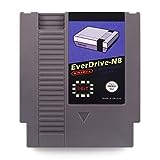 $160.80 $159.99
SUPPORTS 99% NES Famicom games. Famicom, NES, and Twin Famicom systems are supported. Many NES/FC clones supported as well. CART SUPPORTS NES and FDS ROM images SAVE STATE FUNCTION. SUPPORTS SD cards up to 32GB. CIC chip should be re configurated if ... read more
(as of July 9, 2020 - More infoProduct prices and availability are accurate as of the date/time indicated and are subject to change. Any price and availability information displayed on [relevant Amazon Site(s), as applicable] at the time of purchase will apply to the purchase of this product.) 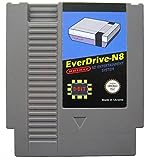 99% games supported. Compatible with all NES Systems: NTSC, PAL, NTSC-J. Fast and easy interface. FAT16 and FAT32 are supported Max. ROM size up to 4Mbyte and high compatibility - 99%
(as of July 9, 2020 - More infoProduct prices and availability are accurate as of the date/time indicated and are subject to change. Any price and availability information displayed on [relevant Amazon Site(s), as applicable] at the time of purchase will apply to the purchase of this product.)