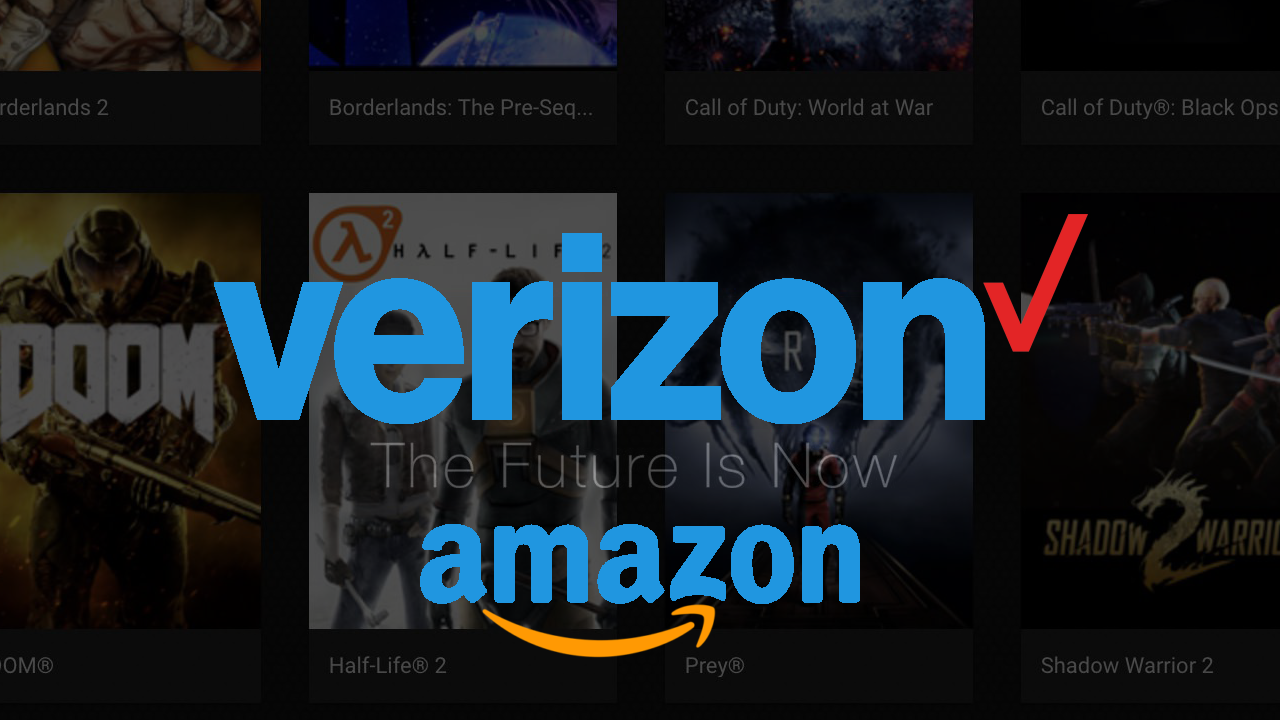 With the advent of 5G service looming on the horizon, it looks like both Amazon and Verizon are ready to take a piece of the gaming pie away from industry giants Microsoft, Nintendo, & Sony.  Recently, an article published by The Verge states that Verizon is already testing their cloud gaming service creatively dubbed “Verizon Gaming” on the Nvidia Shield with a group of testers.

Never one to be left behind when it comes to new technology is Amazon, which is already in talks with key developers in developing their own cloud service. This service will operate on Amazon’s own devices according to The Information website. Both of these cloud gaming services are expected to expand into other devices such as cell phones, tablets, and smart televisions.

To most, the most common question will be, “How well can we expect these services to work?”

If the current Geforce Now service is the litmus test for cloud streaming then the future is fast approaching.  It’s one of the first things that I tried when picking up an Nvidia Shield over the holidays and I was impressed by just how well it worked.  Admittedly, my expectations were low, but even on a decent 5ghz Wi-Fi connection, gameplay had no more lag than good emulation or standard net-play.  The streaming service was intelligent enough to prioritize input lag over visuals, meaning that if your connection worsened, then it would choose to lower the video bit-rate in order to keep the game as responsive as possible. A wired LAN connection would make the experience even better.

With 5G expected to be the next big thing that wireless carriers are pushing, it’s quite possible that within the next five years, game streaming could gain a foothold into the mainstream like Netflix has done for video streaming.  While it won’t replace physical media and local play for us hardcore retro gamers, the sheer convenience could make this a viable option for many.

In the near future, the question may be, “If you have fast, and unlimited internet, and the right device, would you even need a modern console?”  With foldable phones and pocketable bluetooth controllers, the answer for many modern gamers could be a simple, “NO“.  Especially if the carriers promises of “zero lag” turn out to be true.

In my case, I have absolutely no plans to dump my original hardware, FPGA clones, or CRT monitors. That said, my techie side will always keep me a well-rounded individual as I try out the latest gear that I can get my hands on.

Of course, with the current state of Net Neutrality, it could all end up a moot point. That is of course, is a subject for a different article.