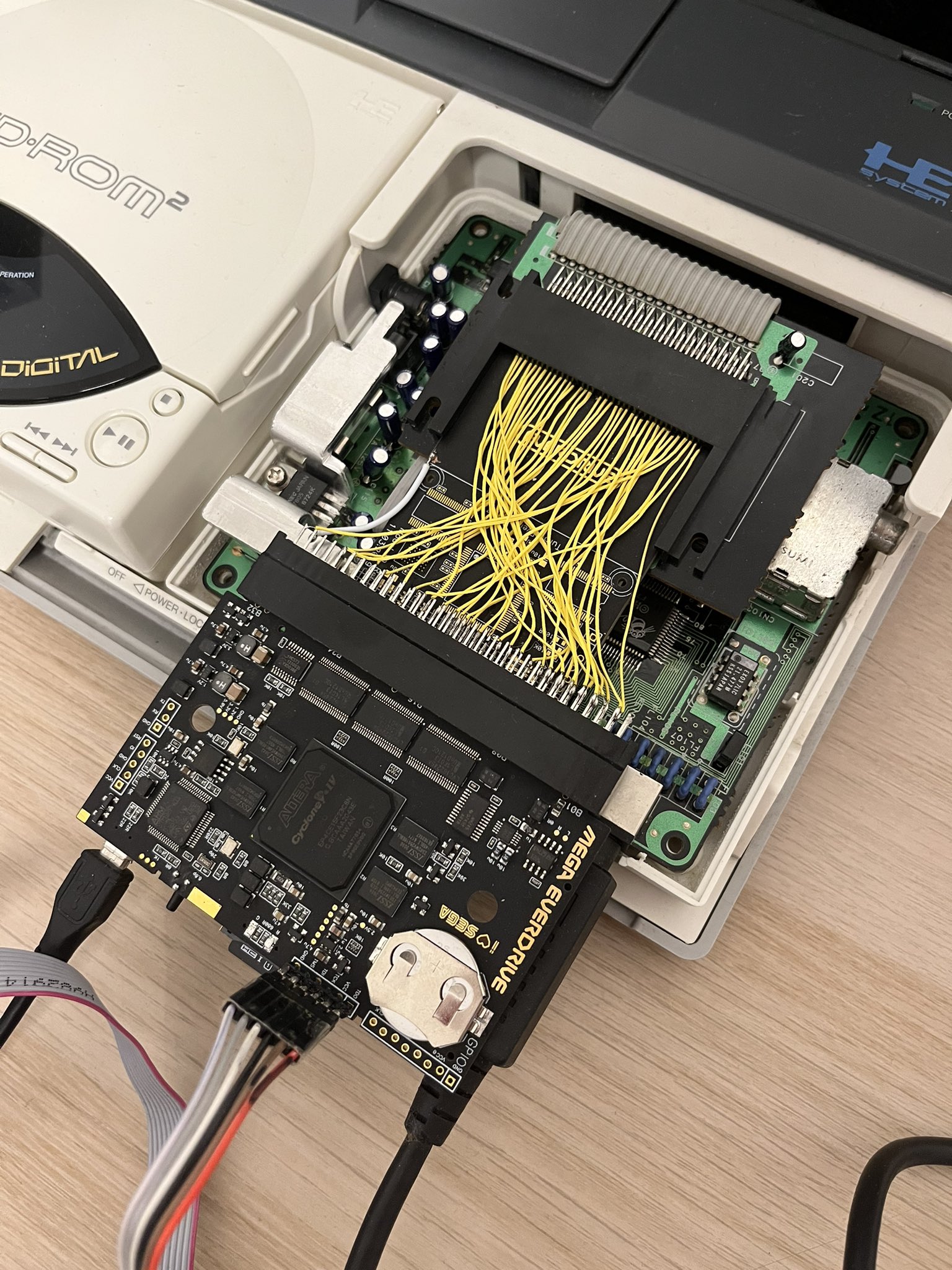 The Turbo EverDrive PRO is a HuCard/TurboChip that plugs into the front slot of any PC-Engine/TurboGrafx-16 console and enables you to run .pce rom files and PC-Egine CD images. That’s right! Krikzz just introduced PC-Engine CD-ROM² and Super CD-ROM² (and hopefully Arcade Card) support through the HuCard/TurboChip slot!

Other than the obvious convenience factor of having an all-in-one HuCard that can boot hundreds of games, the Turbo Everdrive PRO CD-based games support will also prove useful with Duo consoles as well as PC-Engine consoles that can’t interface with CD-Rom peripherals such as the portable PC-Engine GT/TurboExpress and the PC-Engine Shuttle.

There’s a caveat, though. CD-based games ran through the HuCard slot can only output audio in mono. That is NOT a design flaw with the Trubo EverDrive PRO but rather a limitation of the HuCard slot itself. Not being able to run CD-based games in stereo may be a deal breaker for some users. To circumvent this issue, Krikzz stated that he will likely release another version of the Turbo EverDrive PRO that plugs right into the EXP port of PC-Engine/TurboGrafx-16 consoles, adding support for stereo audio and video output.

As for SuperGrafx support, I’m assuming you still need an actual SuperGrafx to run the console’s handful of exclusive games.

There is no mention of a release date or a price point at the moment. But we will be definitely following Krikzz‘s progress on the Turbo EverDrive PRO and have a post on RetroRGB when the romcart goes up for sale.

So, a little about Turbo EverDrive PROhttps://t.co/4jn41sjy4D