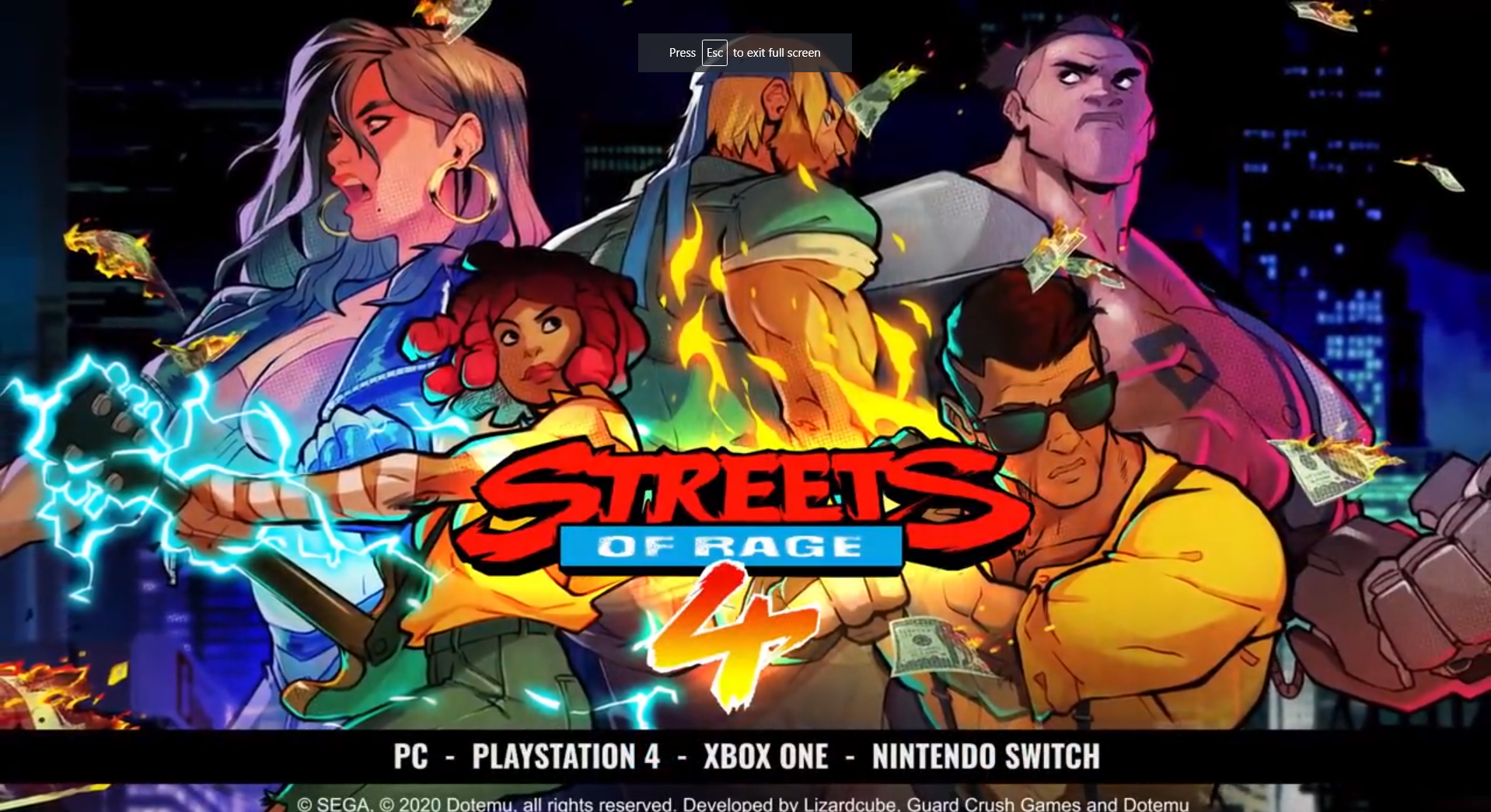 In an update provided by developer Lizardcube, the upcoming Streets of Rage 4 is sporting a few new notable features since the prior update from last year.   The first announcement is a new character named Floyd Iraia, a “bruiser” style character that is oddly reminiscent of Jax from the Mortal Kombat series if he performed a DBZ style fusion dance with Max from Streets of Rage 2.

He has an electic mix of attacks, one of which is a double grab headbutt that fans of the SNES game, Batman Returns should find eerily familiar. If that’s not exciting enough, Anakaris (Darkstalkers) fans should find it exciting that he appears to perform this and other grabs by extending his bionic arms across the screen to grab his opponents.

In a tweet, Lizardcube was kind enough to provide some backstory for Floyd.

Floyd became Dr. Zan's disciple after an horrible accident left him armless. Zan built him his cybernetics arms and trained him to use it for good

The second announcement reveals that Streets of Rage 4 will allow for 2 player co-op online and up to 4 player co-op locally. This is something that I hoped that would come to this game but honestly did not expect to happen, so personally, I think this is a great move. The original Streets of Rage trilogy was so amazing in part because of its two-player co-op. In fact, it was one of the selling points of the original game over its competitor, Final Fight on the SNES which only featured one-player.

Four player co-op was one of the few advantages that competing beat-em-up’s such as the Teenage Mutant Ninja Turtles games had over the Streets of Rage series, so it’s great to see it added.

Finally, the game has a Spring 2020 release date on the Nintendo Switch, PS4, Xbox One, and PC. This means that Streets of Rage 4 should come out between Thursday, Mar 19 11:49 pm EDT and Saturday, Jun 20 5:43 pm EDT. Just in case some of you were wondering.

We're excited to announce that we will be doing a physical Limited Run of Streets of Rage 4. More details to come! pic.twitter.com/7L3b0Jp0oT

Streets of Rage 4 is in development by Lizardcube, Dotemu, & Guardcrush, in association with Sega. Original composers Yūzō Koshiro and Motohiro Kawashima are also on-board for its soundtrack . A physical release was announced by Limited Run Games with more details to come.