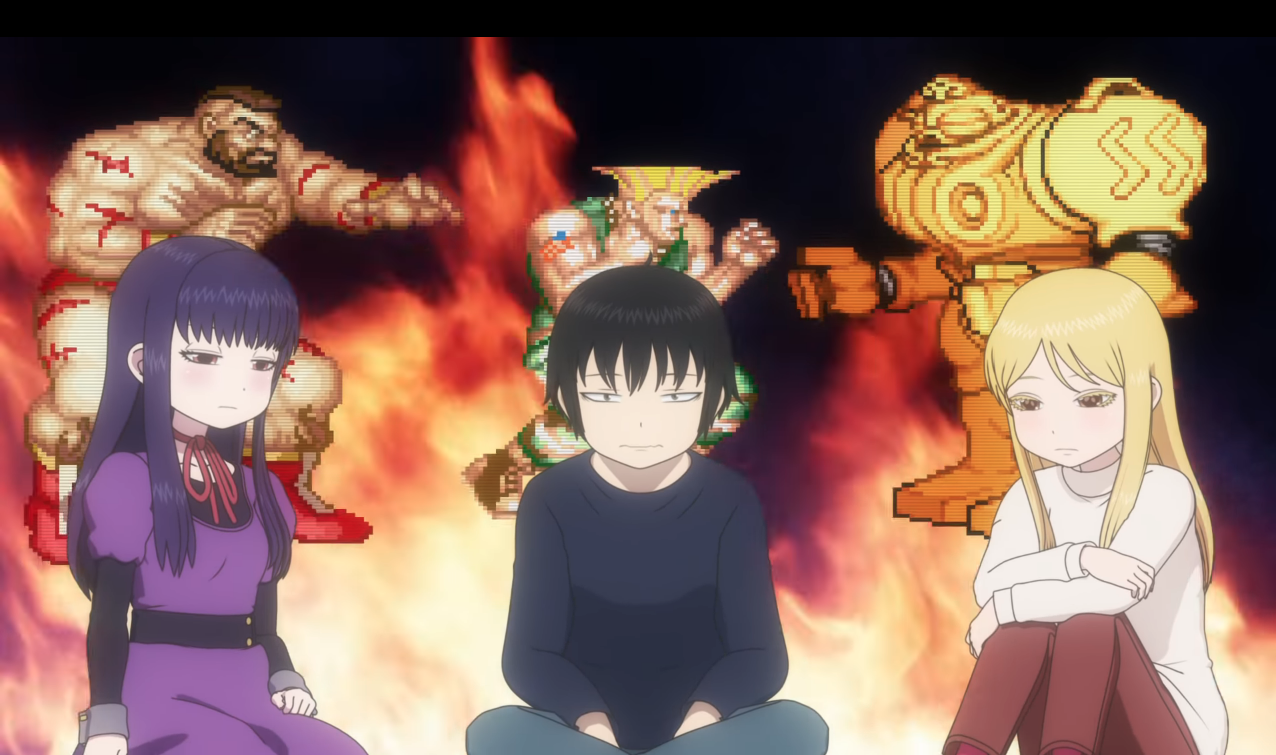 The ultimate anime for retro gamers just got an additional three episodes added to season one.  If you aren’t familiar with Hi Score Girl, it’s a show that’s full of awesome retro gaming clips & references with a coming-of-age love triangle story tacked on.

This article is spoiler free, so there is no danger of spoiling anything, and quite a bit happens in the new episodes!

Game Gear, Turbografx, Neo Geo, and japanese candy cabs, are just a few things you’ll see this season.  No other show that I have ever seen has featured a female protagonist attempting to win her object-of-affections love by attempting to beat him at a winner-takes-all fighting game tournament where she skillfully plays Omega Rugal in KOF 95 while later off showing off her Huitzil skills in Darkstalkers. This is all shown using actual footage beautifully captured from the game.

There is literally nothing else like it. Unfortunately, the three new episodes go by quickly and seem to end abruptly.

Season 2 is scheduled to air in Japan October 2019. So far, no word on whether Netflix will continue the series. It seems to have a solid cult following and has generated a positive buzz, so I wouldn’t be surprised to see it continue.

Time will tell though.  In the meanwhile, if you haven’t seen it, and love retro games, give it a chance and see if it hooks you in with all it’s not-so-hidden easter eggs everywhere.