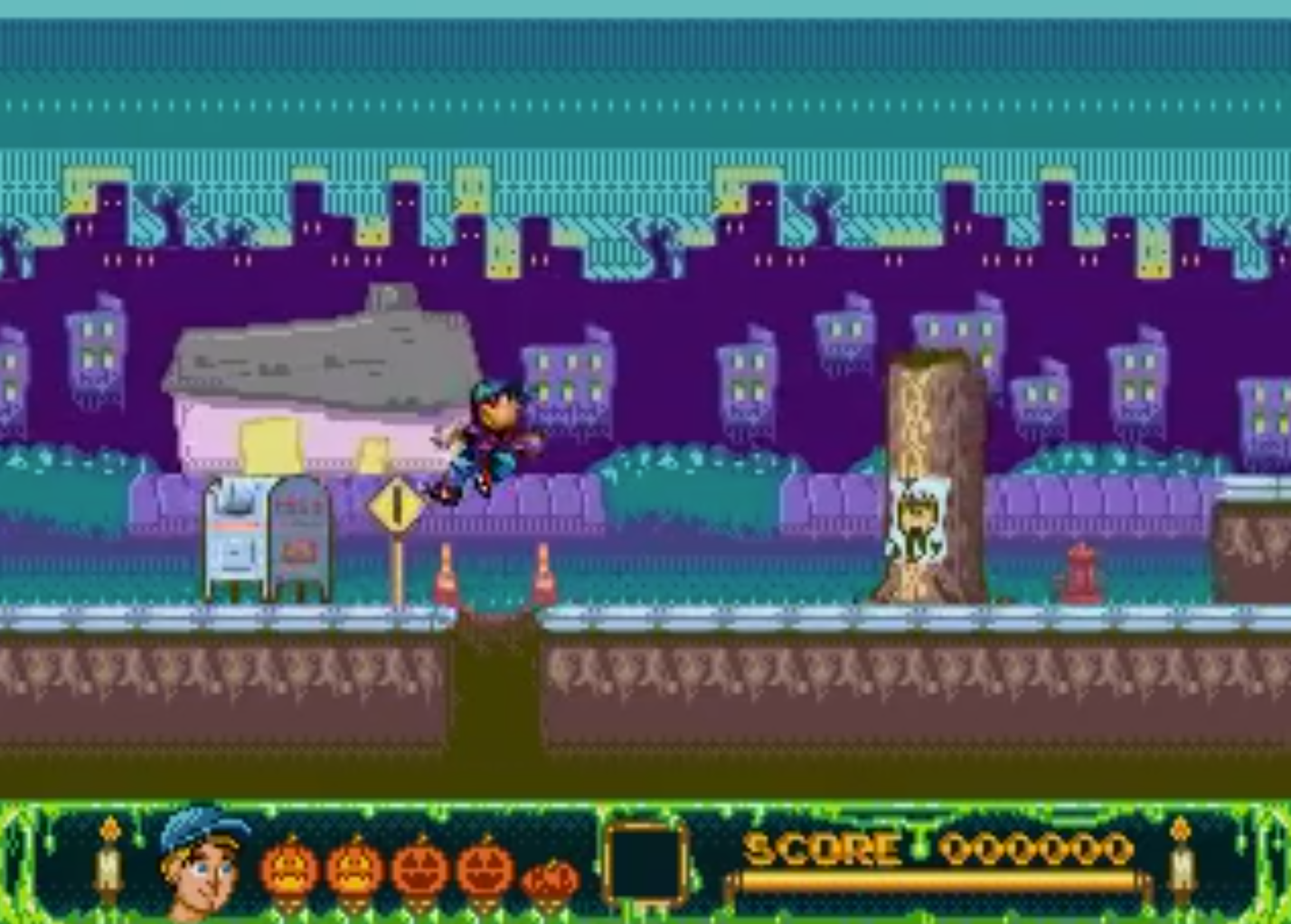 In a recent trend that is almost becoming commonplace, another new Genesis/Mega Drive title has been announced! Project: Halloween, by Second Dimension looks to be a platformer with some nice animation and use of color even at this early stage. The game was announced by Sega-16 member dra600n who provided this bit of info:

I just started a new project a few weeks ago with Jav from Retro Nerve and progress has been coming along really well!

As you can guess by the title of this thread, it has to do with some sort of Halloween-type theme, and is a platformer for our beloved Genesis/Mega Drive.

Here’s a preview of the game so far (Linked underneath)

We’re estimating 4 to 5 months for development for the graphics and programming.

Anyway, hope you enjoy what we have so far!”

Project: Halloween has the Retro Nerve look as it reminds me of Kung FU UFO  which was another Genesis / Mega Drive game that was announced last year but was unable to meet its funding goal on indiegogo.  The game looks to be in a very early state as there are no enemies anywhere despite the four to five month goal for graphics and programming to be done.

That’s pretty ambitious in my opinion, but it should be interesting to watch if the developer continues to update their progress.

There isn’t a lot of information on the game itself, (levels, region, pack in’s, ect.) but the developer has confirmed with me on Twitter that this is to be a retail release.  Price has not been announced.

These are the links for Developer Second Dimension’s social media pages:

It’s exciting to see so much development happening for the Sega Genesis/Mega Drive these days. With that said, it’s always wise to keep expectations in check.