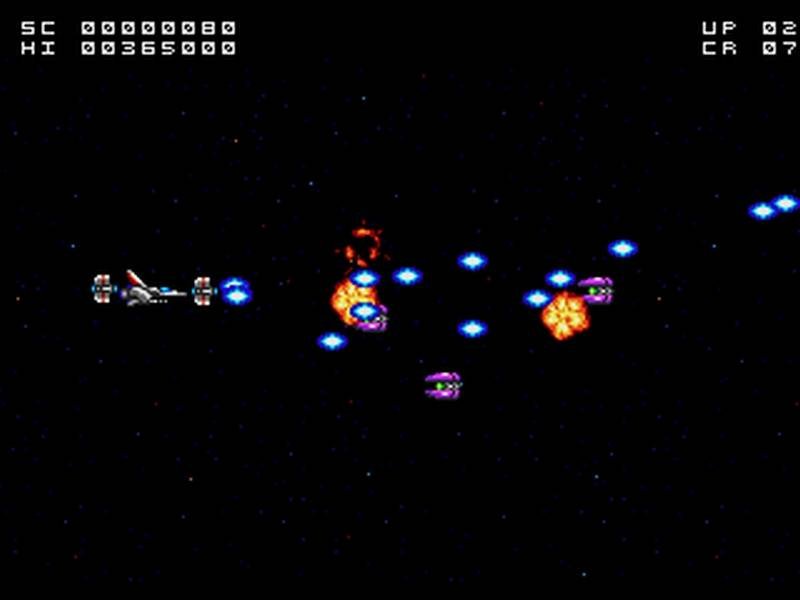 Irena is a 16-bit shmup created by White Ninja Studio.  It’s main dev, Kentosama named the game after his daughter which is how another indie game, Battle Princess Madelyn started its development.  The Story line is as follows:

In a distant world, an intergalactic ship carrying settlers to the planet Laderia II is suddenly trapped by a powerful magnetic field from the exoplanet Xellia, which until now was unknown. On board a small stealth fighter, the Rayden MG323, Major Celina Pelinsky is sent on a mission to detect and destroy the source of this magnetic field while an energetic shield temporarily shields the mothership from external attack. Celina will have to use all her skills as a seasoned pilot to make her way to this hostile planet where she will have to fight against the terrible army of Emperor Zerox, a maleficent being with mysterious powers.

White Ninja Studio plans to create a franchise from this title and would like to make physical copies available. They are currently working on a demo which can be seen in the video above.  As this is a W-I-P, things will be updated including the graphics (new sprites, new palettes) and a complete level.

For the more tech minded, Irena is being designed with the SGDK and started its life in 2017 with inspiration from classic shmups such as Thunder Force III, Musha Aleste, Battle Mania, and Truxton. This is the devs first project on the Mega Drive, and he stated that he’s open to suggestions.  The goal is to have the game finished by 2020.