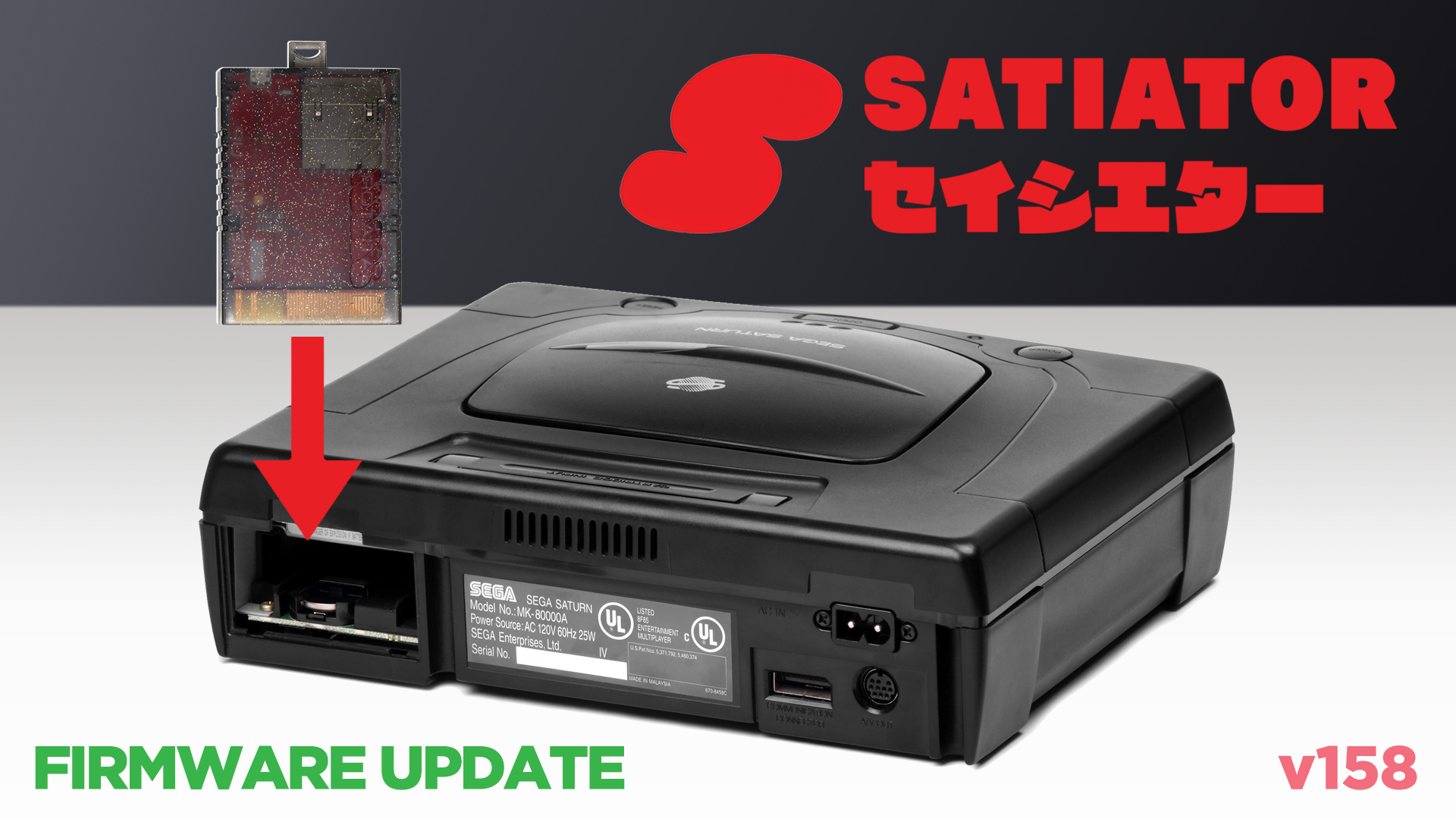 It’s been almost a year (11 months to be exact) since the Satiator saw it’s last firmware update, so while this new may not be a big deal.., seeing the announcement from Professor Abrasive certainly caught our attention…

Satiator owners may remember the last update FW157, which allowed for better handling of cards with frequent latency spikes, resulting in improved audio and video streaming. However, a handful of Satiator owners were not able to use/benefit from this fix, having reported what’s now referred to as the “boot hang with green LED” issue…

In steps this new update v158 (2022-02-05) to fix this issue which turns out to have been caused by an uninitialized variable (most Satiators power up with a zero in a critical bit, but a very few power on with a one) resulting in random boot failures depending on a combination of firmware version and environmental factors.

What does this mean for most Satiator owners? Ahem… (absolutely nothing… sorry…)
However, now everyone should have access to the audio/video skipping fix for slow SD cards, and that is definitely good news for a handful of people out there! Also, if you’re even just a little bit OCD (like me), you’ll go ahead and download it anyway. Won’t you..? 😉

For more general information regarding the Satiator ODE, currently in stock at satiator.net check out the following SHIRO! Review: