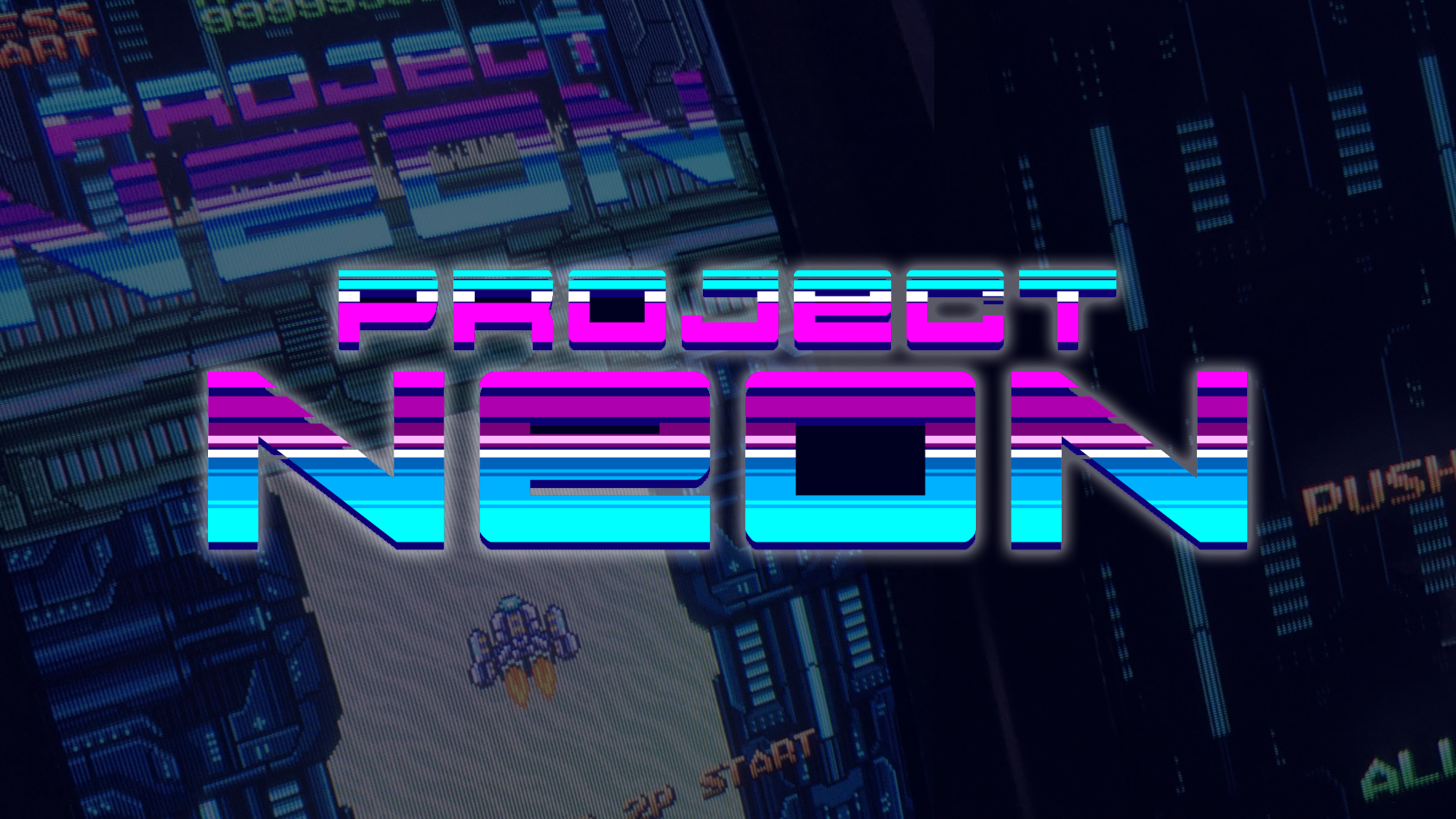 A developer who goes under the screen name Coin feeder on the arcade-projects forums has recently revealed that he is developing a new “tate” style shmup game for the Neo Geo MVS.

I had the opportunity to video chat with him, and during our conversation he demonstrated a very early version of this new game running on actual hardware in real time.  I watched as he powered on one of his candy cab cabinets and then proceeded to play through some of the the game while discussing his ideas for it as well as demonstrating some of the graphic assets.

The game, currently developing under the name Project Neon is at least a full year away per current estimates with the first level and a trailer under development.

Here are a few of the planned “features” which are subject to change as development continues:

A kickstarter campaign for this game is in development with the planned time frame for its launch to be sometime in fall of 2019.

As mentioned earlier in this article, this will be an MVS release due to the screen orientation of the game.  Currently, there is no plan to release an AES version (though I am sure that clever folks will figure their way around that one) or CD version. (Which makes ME sad as that is what I currently own.)

That’s not to say that this restriction is 100% set in stone as the development cycle for Project Neon continues, but the focus and goal is only for the MVS at this time.

From my conversation with Coin Feeder, he has a good grasp of the challenges and pitfalls of developing a new game for retro hardware via crowd funding.  We agreed that the game itself is the #1 priority and feature creep is something that can cause problems.  To avoid this, he’s also reached out to other retro game developers who have successfully completed campaigns and have experience with “homebrew” releases. He’s also in the process of sourcing parts for a physical release. Price is also to be determined.

For anyone wondering, a ROM release is under consideration but ultimately also to be determined.  Please keep in mind that all time frames are estimated and that work is being done in his spare time between him and his graphic artist.

The basic plot revolves around a billionaire from the year 20XX (still WIP) moving to Mars alone because they are tired of humanity. Worried that they may be unhinged, humanity decides to follow them a decade later.

Project Neon will have some Megaman style elements where you can choose your stage order before unlocking the final level. There may be a power up system where your ship will gain boss weapons after defeating them but that is still under discussion by the development team.  Hopefully that makes it in, as it would be pretty awesome IMO.

This isn’t Coin Feeder’s first homebrew release, as he has released software for the Pico 8 and the Game Boy Color in the past.

Update:  After the article was written, Coin Feeder contacted me and gave me this quote:

“After quite some feedback/discussion, we’ll likely also have a AES/CD version, but not sure that will make it on the initial Kickstarter.
It will be designed for vertical, but we’ll also add an option to rotate controls… so while gfx will still be rotated on the horizontal setting, the controls will be switched so that left actually makes your ship go left…”

You may find more information through the following links.