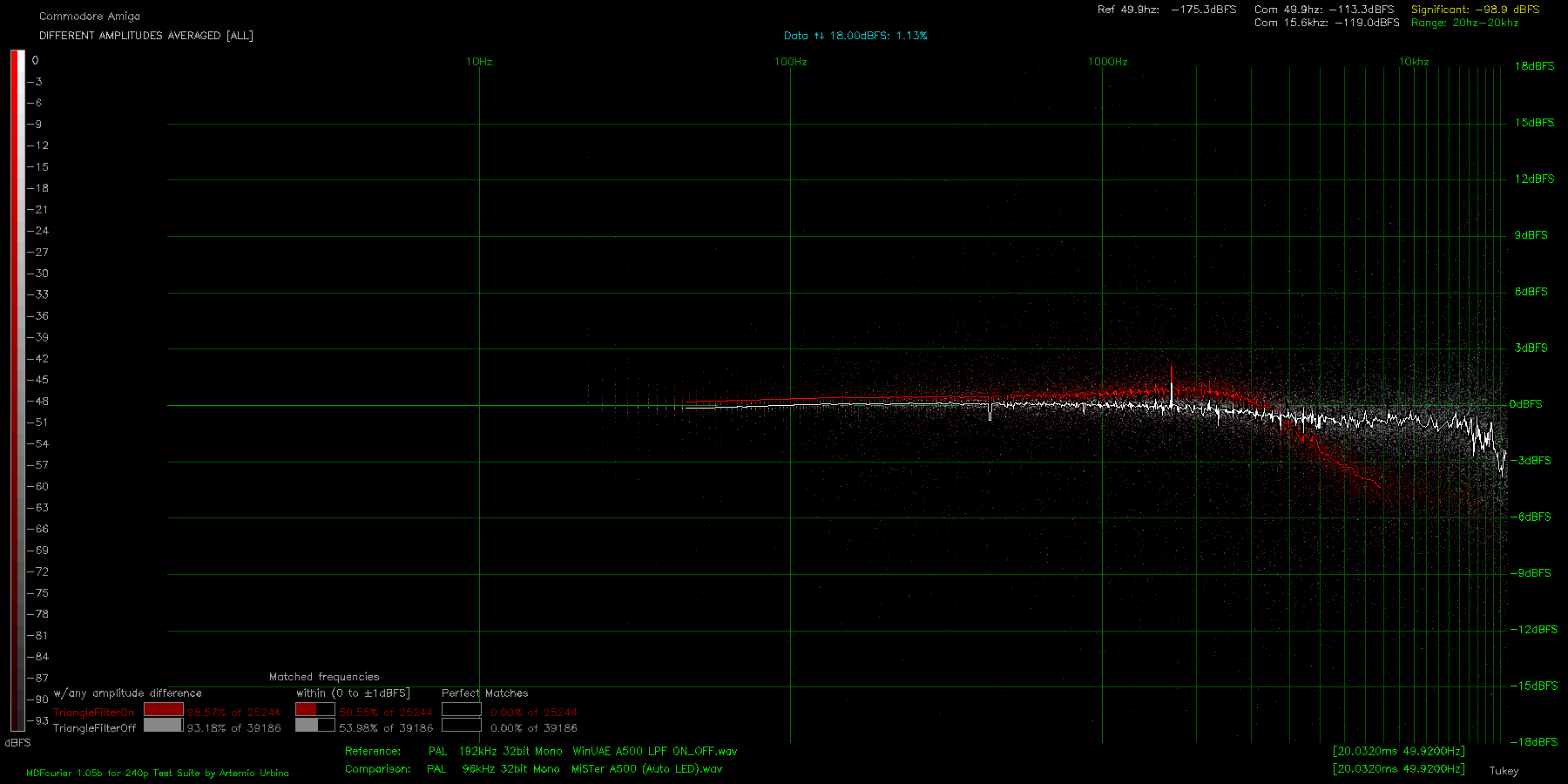 And within is an excellent nugget of information for Commodore Amiga fans – the very popular personal computer line that debuted worldwide in 1985 is getting a port of the excellent MDFourier audio comparison tool.

The initial model, the Commodore Amiga 1000, sported a Motorola M68000 CPU that ran just a smidge over 7MHz, and resulted in a hardware platform very similar to the Sega MegaDrive and Genesis home consoles (release 3 years after the Amiga 1000, seeing many accurate ports of popular Amiga software over to Sega’s flagship console over the course of its life).  What set the Amiga apart, however, was its famous Paula audio chip, which unlike the MegaDrive/Genesis FM chip, would play sample based audio – a technique that wouldn’t be popular on IBM PC and clones for another few years yet when tracker software would be developed for it, and wouldn’t appear at a similar quality in consoles until the Super Famicom in 1990.

This made the Amiga an immensely popular tool for electronic audio artists and enthusiasts for a number of years, and attracted some great talent to the platform within not only games and the demoscene, but also professional audio and music production.

Like all digital preservation, accuracy of new methods such as emulation and FPGA tools is critical, and a strong point of objective reference helps all projects.  The Amiga community is quite substantial in size, and quality emulators like UAE (and offshoots such as the popular WinUAE, Amiberry and others) are quite mature, as is the Minimig core for MiST, MiSTer and other FPGA systems. MDFourier will assist all of these tools in improving their audio accuracy, which is a huge boost for all Amiga fans old and new.

The MDFourier Amiga port is being developed by d0pefish, who is also the author of the excellent mt32-pi project (a baremetal Roland MT-32 emulator and Fluidsynth virtual synthesizer for Raspberry Pi hardware, that allows an RPi to be used as a real MIDI device for MiSTer, PC, Sharp X68K, PC-98, Atari-ST, MIDI keyboards and other real MIDI-out devices).

Bernard Bygott continues his awesome form testing for the project, including this Amiga build on various real Amiga hardware models and emulators.

The project is moving fast, so it’s worth checking in with both accounts on a regular basis.  There’s already some fascinating comparisons posted of not only MiSTer and WinUAE, but also various real hardware Amiga models comparing various internal filters.

Great to see another classic piece of hardware included on the list for the MDFourier project, and one with such a large following in part because of its amazing audio.