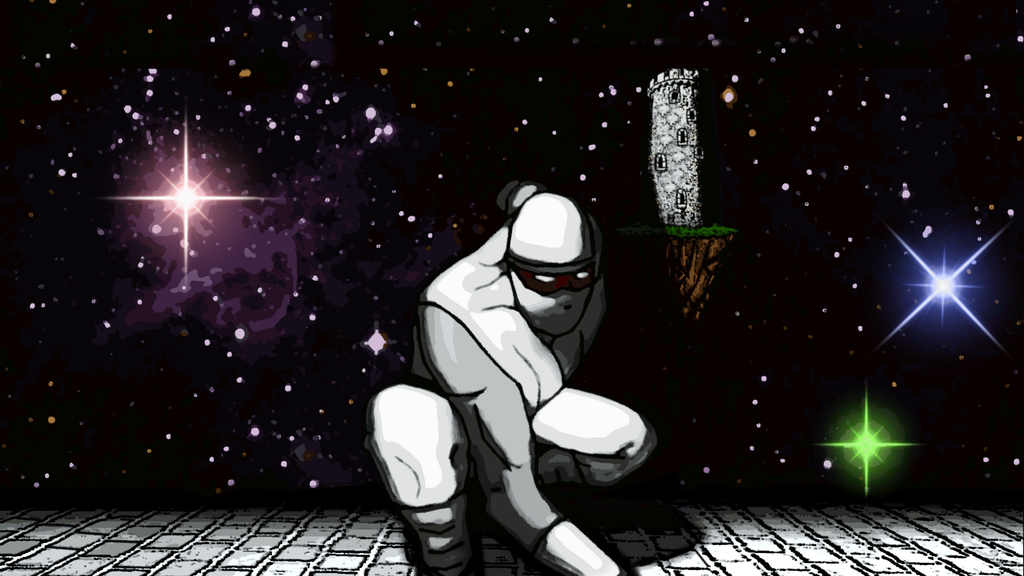 If you’re a Wii U fan (and there are still many!) then it’s almost embarrassing that the nearly 30 year old Sega Genesis seems to have more games announced for it every week. Many of those are also scheduled to receive physical copies, which is tougher to do with a cartridge than a disc.

This week, the newly announced games are Irena (covered in an earlier story) and Kromasphere. The latter is an action adventure platformer where you play as a ninja who must restore color to a black-and-white world.  The game is from developer Second Dimension, who is also working on another game called Project: Halloween.

According to the Kickstarter campaign, Kromasphere is complete and already tested which should speed up delivery times.  In fact, the campaign has the delivery time set for May 2019! This is just six weeks away from the time of this article. In my opinion, that’s incredibly ambitious even for a finished game, but if they can deliver, that’s great.

The goal is a modest $5000 USD and currently has just over 1/5th of that with 18 backers.  The various tiers top out at $65 USD which gets you a Genesis / Mega Drive clamshell with a cartridge that has the ability to save.  All other versions use a password system and only come bare or with a cardboard box.

As with all Kickstarter projects, this is an all-or-nothing affair and will only be funded if it reaches its goal by Sat, April 13 2019 6:11 PM EDT.

Check out the video above for gameplay footage from the game.  It looks like something that could have been on the ZX Spectrum years back, and to some, that may be a good thing.

As always, keep in mind that kickstarter is not a store, so always do your research before pledging for anything.

If this game interests you, here is the link:  Kromasphere