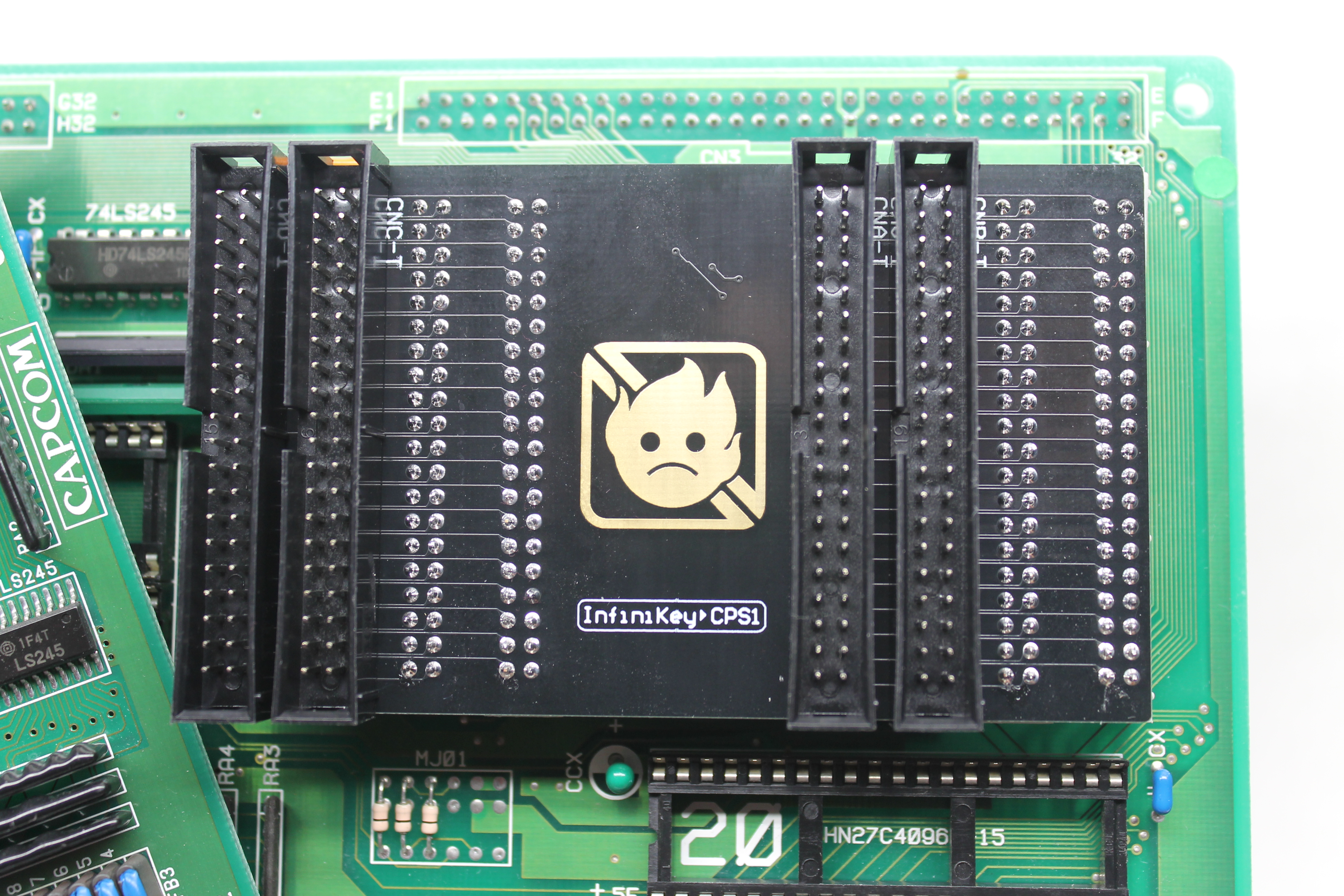 After announcing it back in February 2019, Undamned just showed the InfiniKey de-suicide board for Capcom’s CPS hardware.

While the CPS2 version of the InfiniKey revives all known B-boards (Capcom implemented the “Suicide battery” into the entire CPS2 catalog), its CPS1 counterpart will only resurrect the following 7 troublesome games (the remaining library is basically “suicide-free”):

Undamned also announced the InfiniKey “Q-Type”, specific to the CPS Dash (aka CPS 1.5) hardware and compatible with all 5 games. He listed the boards functions and features through his twitter account:

– No soldering.
– Plugs directly into C-Board sockets.
– Compact design fits inside plastic case.
– Simple game selection via switches.
– Thanks to the extensive research of @edcrossed. pic.twitter.com/g24XJL6p2z

Capcom’s CPS1 hardware is unfortunately “finicky” by nature and requires repair and maintenance most of the time, so products like the InfiniKey CPS1 will definitely help sustain life for the aging boards without the need for heavy modification(s).