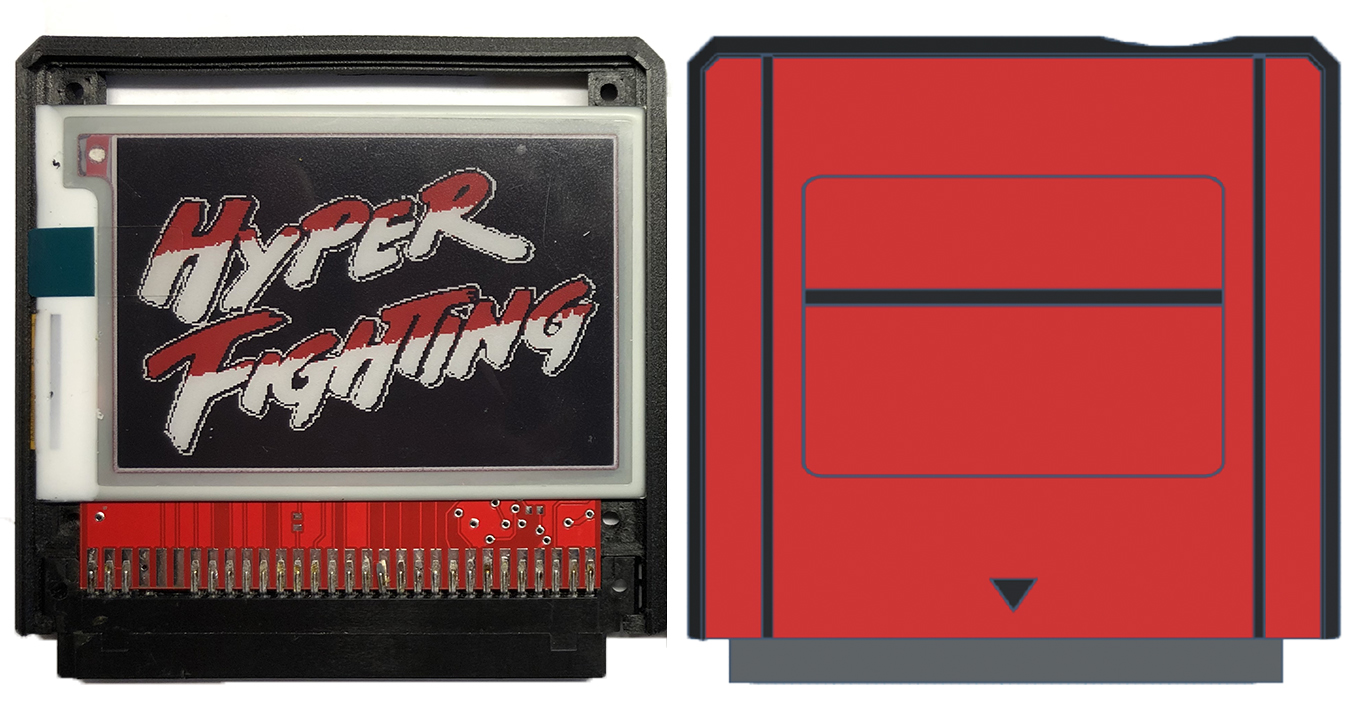 Kevin Mellott has just shared some more details of his upcoming HyperFlash32 project.  While the project started out as a single-flash cart for the Virtual Boy has evolved into something absolutely unique and awesome!  Here’s everything added:

The case will now be made of a carbon fiber black 3D printed frame, surrounded by a strong “glass epoxy-like” material called FR-4, which allows the ability to embed electronics into the actual cases on the backsides.   Embedding the electronics will now make room for capacitive buttons and an eInk screen.

This will allow for one of the most unique features I’ve ever seen integrated into a ROM cart:  While it’s still a “single flash” cart, you can use the capacitive buttons to select the game you’d like to play from the MicroSD card and program the game using the eInk screen.  USB power is still required, but you won’t need to connect it to your PC every time you want to switch games (although that’s still a choice).  I’ll have to try it myself to see it, but I think this might actually be my preferred method for selecting VB games, as opposed to using the 3D visor to switch games.  eInk screens are kinda slow, but certainly good enough to flip through the small VB library.  Subfolder support should be included as well, which may speed things up. 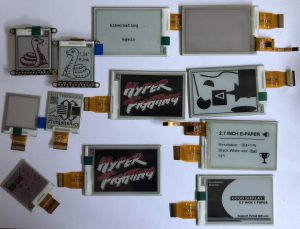 Another pretty incredible feature of the eInk screen, is the game that’s programmed will stay on the screen until another game is programmed.  That means just looking at the cart will tell you what game was loaded!!!

Kevin’s debating which eInk screen to use, as monochrome black and white are much faster and allow partial update zones…but let’s be honest:  Almost every Virtual Boy fan out there would probably prefer a red and black eInk display 🙂  Kevin’s planning on building some prototypes to see which work best.

Overall, I went from “happy” to “friggin thrilled” about this project!