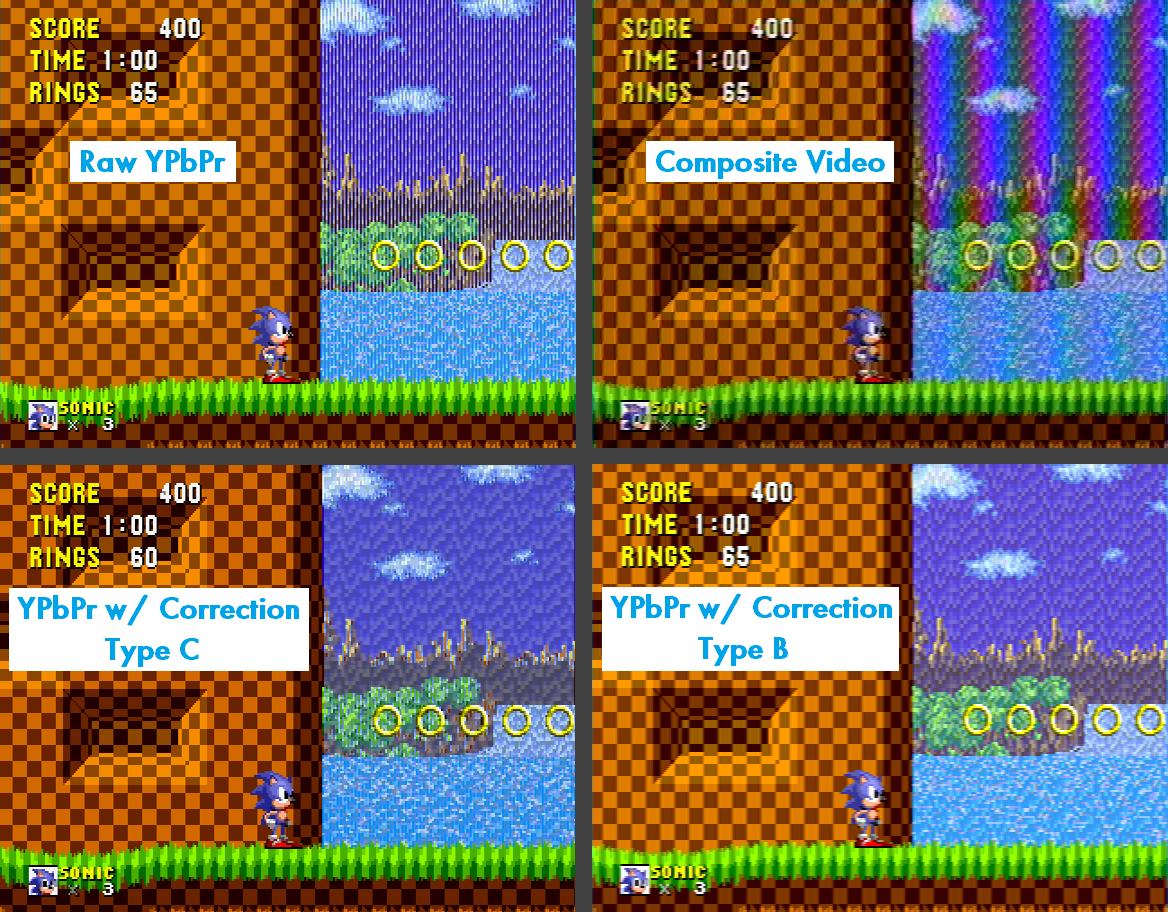 HD Retrovision has provided some screenshots of an anti-dithering feature for their long ago announced “HD-Mizer“, an analog to digital video interface box with HDMI® output.  This is a plug-n-play device that would take standard analog signals and process them correctly for modern digital displays in a clean 480p/576p.

Per their in development product page, this is a sketch of the proposed device. While there is no given release date for this device, they have provided some screen shots that compared composite to component output on the Sega Genesis & Super Nintendo.  In these shots, you may notice that composite output “blends” certain colors/patterns while the component output shows mesh patterns in its place.

Through their algorithm, you would theoretically get the best of both worlds, or at least a “good enough” jack-of-all-trades effect where you’d give up a little picture quality, but gain “transparencies” & “extra” colors.

Many moons ago we demoed our PPU->1CHIP prototype feature for the HD-mizer. Here's another we hope to implement: a transparency/color-depth restoration algorithm for those who can't stand the dithered look. pic.twitter.com/b1YLvYVZIM

Feel free to peruse their twitter thread (right above) or look through the following screenshots that they’ve provided.  While the effect isn’t perfect, it looks pretty good in these two examples for the Sega Genesis.

The “Type C” screen shot looks great with as it retains most of its sharpness and detail while also keeping the transparent waterfall in Sonic the Hedgehog.

The SNES example from Secret of Mana doesn’t hold up as well in my opinion.  It looks more blurry than the composite shot. More work is definitely needed.

If you need a similar device now, and/or don’t care for this feature, you should head over to the upscaler page of this site.

A great option that works with HD Retrovisions component cables is the Retrotink2x which provides a nice bang for the buck if you just want to play your retro games on a modern display at 240p/480i/480P through HDMI.