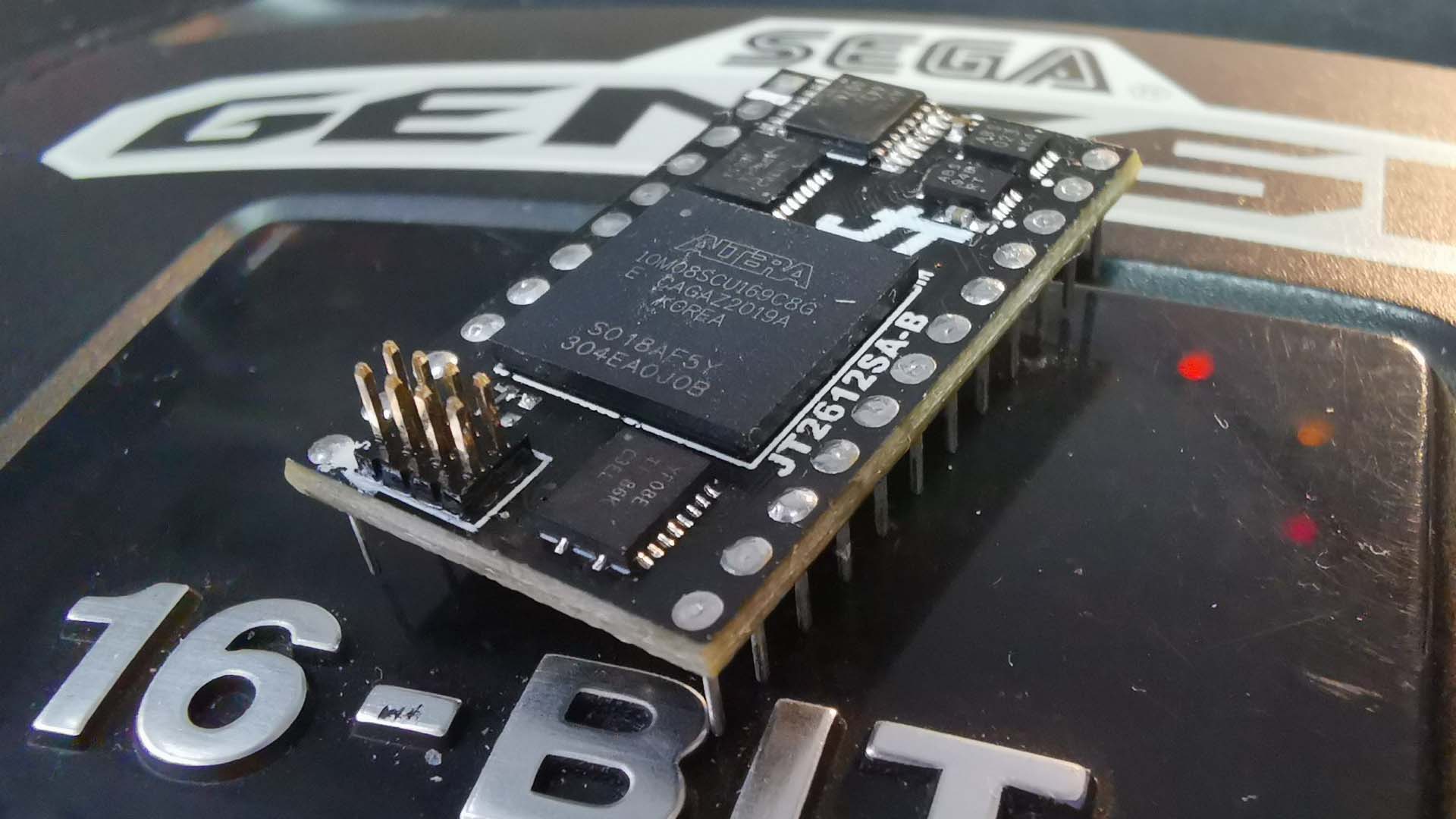 Developer Stefany Allaire from Foenix Retro Systems, has created an FPGA-based replacement for the YM2612 audio chip. The FPGA is flashed with Jotego’s open source YM2612 core, enabling it to act like the original chip.  Also, the board it’s affixed to has the same pin spacing as the YM2612, so it should just be a drop-in replacement that works like the original chip.  This can be used in any console that supports it, such as Sega Genesis / Mega Drive Model 1’s.  Here’s a pre-order link, with more info below:

The board itself is already past beta and production versions should be ready to ship in about three weeks – Although I’d expect longer, simply because of all the part shortages and shipping issue’s we’ve all been experiencing lately.  This device is also user-upgradable, via a JTAG flasher and separate adapter board.  While the YM2612 core is really stable and this should be a good replacement, there’s (as always) room for more features!  I’d personally love to see a switch that can be wired to the board and mounted externally that allows you to switch between the YM2612 (Genesis 1) audio chip to a YM3438 (Genesis 2 & after) chip.  This would give one console the ability to produce both types of sounds and while you can already do this with emulation and the MiSTer…it’s always cooler on real hardware 🙂  You can actually do this now with Firebrandx’s Double Mega board, but it’s a bit more complicated and requires original donor chips.

Stuff like this is really exiting to me, as it takes the software result of reverse-engineering these components and turns it into a physical, hardware recreation!  I really hope more developers consider doing this for proprietary chips that have already been reverse-engineered.  I’d love to see things like custom chips for arcade boards that are known to be problematic get released in this form, as you can revive a mostly-perfect board with one bad chip!  Heck, maybe this project could even be modified to allow FM sound on original SMS hardware?

The possibilities are pretty endless, but this does start to blur the line between “real hardware” and “clone hardware”.  I personally don’t think there’s anything wrong with that, I just enjoy the conversation!  That’s a topic for another post though…