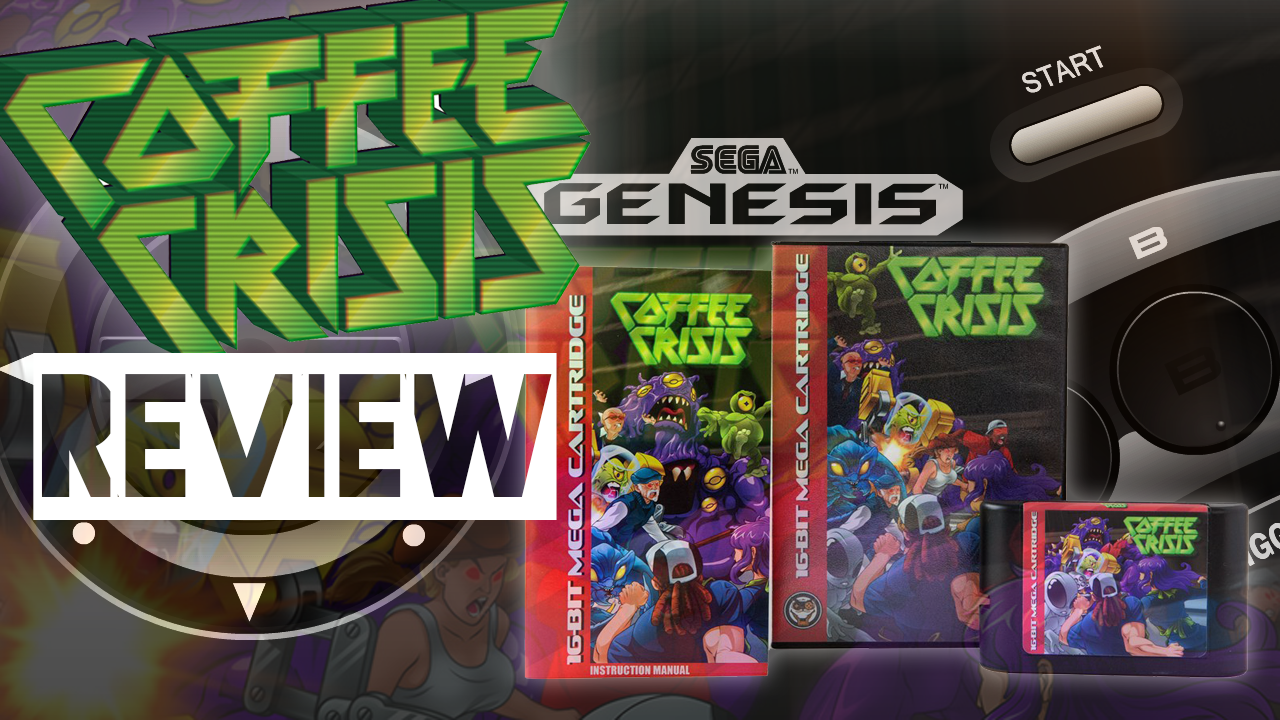 Coffee Crisis is 2 player co-op side scrolling beat em up where two baristas attempt to save the world from an alien invasion.  Sold by Mega Cat Studios, Coffee Crisis retails for about $50 for a complete-in-box package.

The game was originally funded through kickstarter and released in 2017.  I’m in the camp that loves to see new games for old consoles, and have amassed a decent collection of  brand new games for the Sega Genesis.

I’m not going to beat around the bush here. This game is terri-bad. Streets of Rage this is not.

Here are a few reasons why:

Upon my first and consequent boots of the game over the last few months, Coffee Crisis never lost its feel of being a mediocre half-baked product.  The original release of the game that backers received was even worse.

It was so bad that Mega Cat sent out replacement PCB’s to backers with an updated & better version of the game.

Unfortunately, that “improved” version is what I played and as the linked video shows, it’s easily in the bottom tier of co-op beat-em-up’s.

To put it succinctly, this is a poor man’s The Simpson’s (arcade game) clone. Unlike the latter, it’s simply not fun to play, and I’m not happy about Mega Cat selling this unpolished product to unsuspecting customers while tarnishing their own reputation in the process.

Adding insult to injury, the few “reviews” of the game are mostly by people who received their copy for free playing through the first stage or two after opening the case and giving it the thumbs up knowing that they’ll likely never play it again.

On a positive note, the sprite work and animation on the main characters look great. There is also a password system that lets players restart at the beginning of the stage that they last started if they run out of continues.

The sound effects are also clear although generic. I also like that they sent out the improved version of the game to backers. It’s just too bad that the upgraded version was still a bad game.

For more detail, my video review covers everything in more detail and includes an unboxing. After you finish watching it, if you feel like torturing yourself with the demo for this game, it can be found here.

Future Genesis homebrew videos will depend on the performance of this video, so if you enjoy this, please let me know if you’re interested!