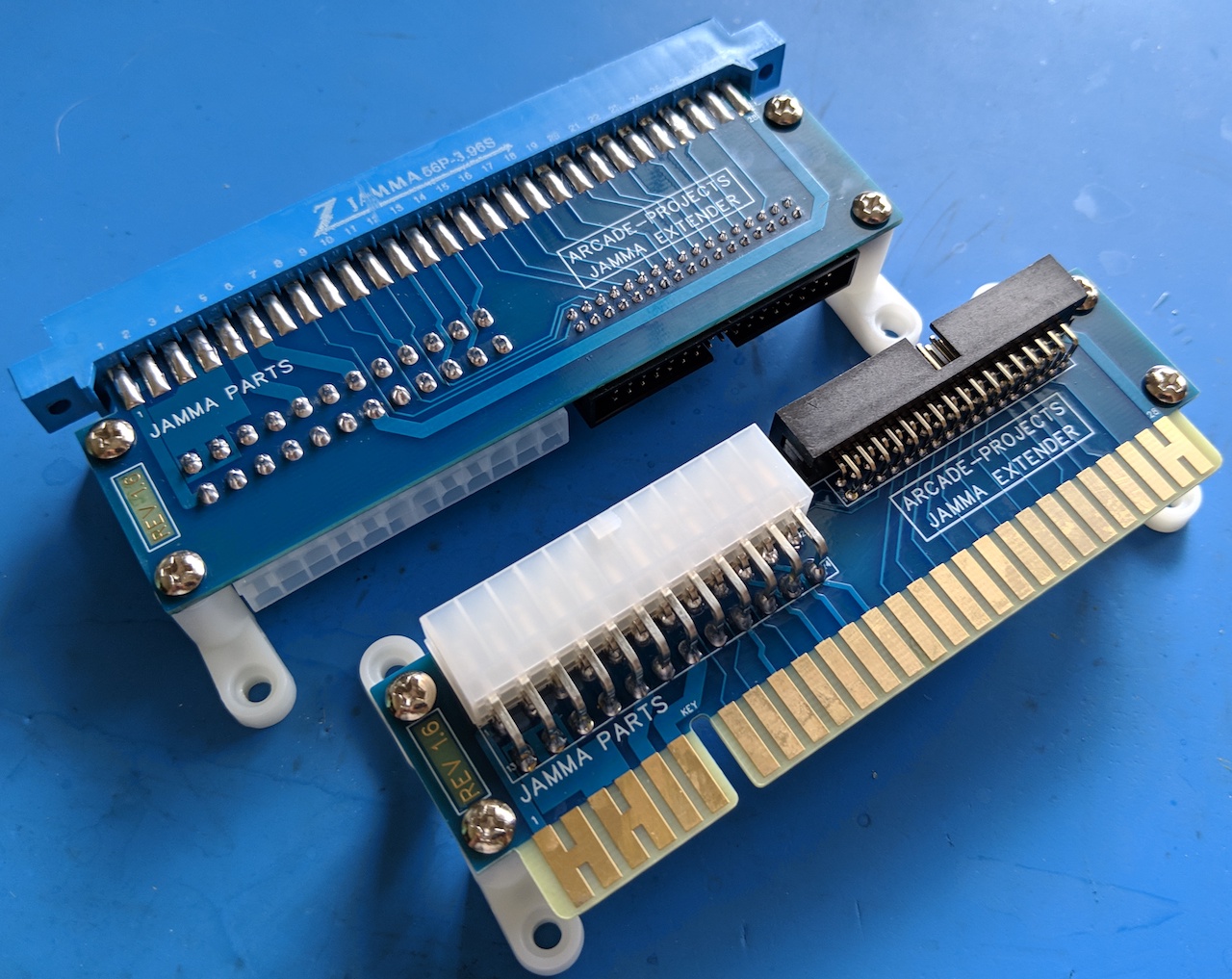 A little less than a year ago, Frank_fjs (creator of the Sentinel supergun) came up with the design of two separate boards that, when connected together, act as a proper jamma extender. The boards are connected via two cables: a 24-pin ATX cable responsible for power, video and audio, and a 34-pin IDC cable responsible for inputs and everything else.

The design for both boards were made available for download through the project’s official thread and eventually a few batches were produced by different people, including the creator himself (Frank_fjs’s batch also added support for HAS kick harness). Arcade-Projects user Benime‘s version of the extender caught my attention the most mainly due to its its pleasing aesthetics and cable-length (60 cm) that fits my stationary setup perfectly. I ordered a kit, recently received it and put it through its paces. 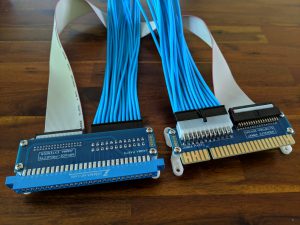 On the technical side of things, the soldering work here is just impeccable. Both PCBs have ENIG finish covering the copper pads. The included blue ATX cable is made of high-grade 18AWG wires and the IDC cable has strain-relief. The jamma finger seems to fit nicely into the HAS’s edge connector, when the included feet are conveniently screwed into place. I tested the extender with the CPS2 (Darksoft multi-kit), Neo-Geo (Darksoft multicart), PGM IGS, Midway Wolf Unit, Sega System 32 and a few other boards and had zero issues with it. 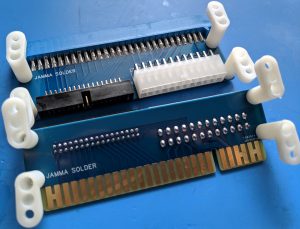 The whole kit is fairly priced at 68$ (shipped). Unfortunately, Ben informed me that he has a few kits left in stock, once they’re gone, they’re gone. But again, the main design for the PCBs is still out there to grab for anyone, with the appropriate skills, to make their own boards.

Head on to the Arcade-Projects thread and order a kit while they’re still available: https://www.arcade-projects.com/forums/index.php?thread/8763-fs-60cm-arcade-projects-jamma-extension-cables/