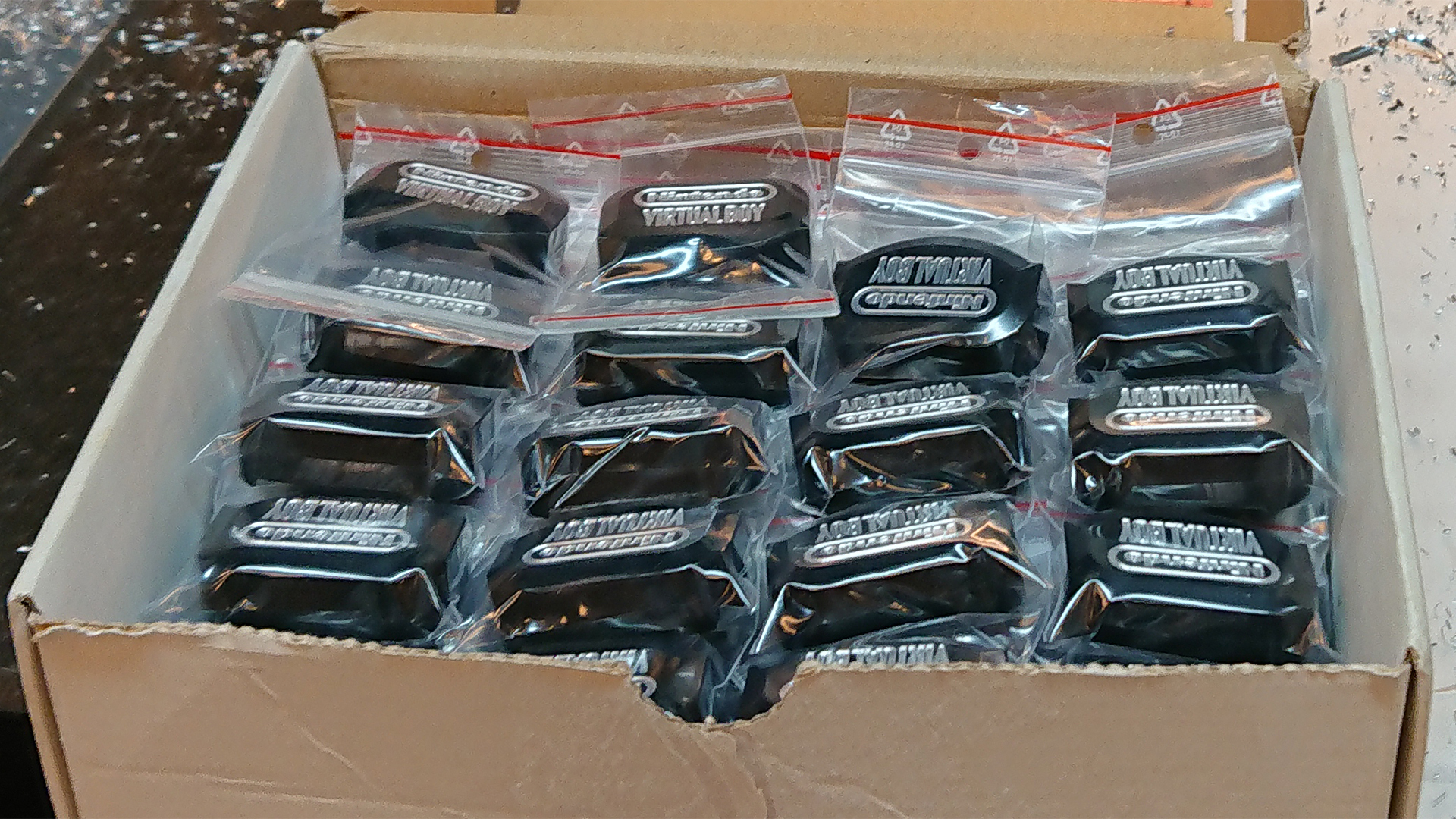 UPDATE:  All sold out!

Tony, the creator of the aluminium Virtual Boy medallions has just completed one more run of production.  He originally only planned on making one batch, but the demand was pretty overwhelming and only a fraction of people who wanted one were able to purchase.  Not wanting to let people down, he’s made a second run and this time it will most likely be the last run.  These are already finished and in-stock, not a pre-order!

Prices are the same as before, which is $30 each, plus $4 for non-tracked, or $15 for tracked shipping.  Contact Tony directly at MeekWizardMachining@gmail.com to order.  There’s also a few silver medallions left, so if you preferred that color, just ask and see.

Tony wanted to once again stress that the global shipping situation has been pretty dire and there’s no telling when you’ll receive yours, regardless of shipping method.  Although tracked is always a safer bet of course.  So far, the longest time it’s taken to go from Sweden to the US was 75 days, however I did revive mine within a month.

…and in case you’re not familiar, one common issue with Virtual Boy stands is the original plastic medallions crack over time, as the stand’s legs pushes against the sides during use.  At first, this will cause the VB to sit lower, as the legs will have a wider stance.  Then, eventually, the plastic will break altogether and up until now, the only option was to buy an aftermarket stand.

These aluminum medallions are far stronger than the plastic ones, making it both an aesthetic and and functional upgrade: 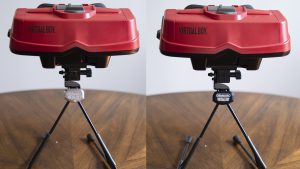 As a note, the last time I wrote about these, some people were curious if the hard metal would allow the stand to close, or if you’d accidentally bend the stand when trying to fold it.  As long as you don’t over-tighten the medallion, this is not an issue: