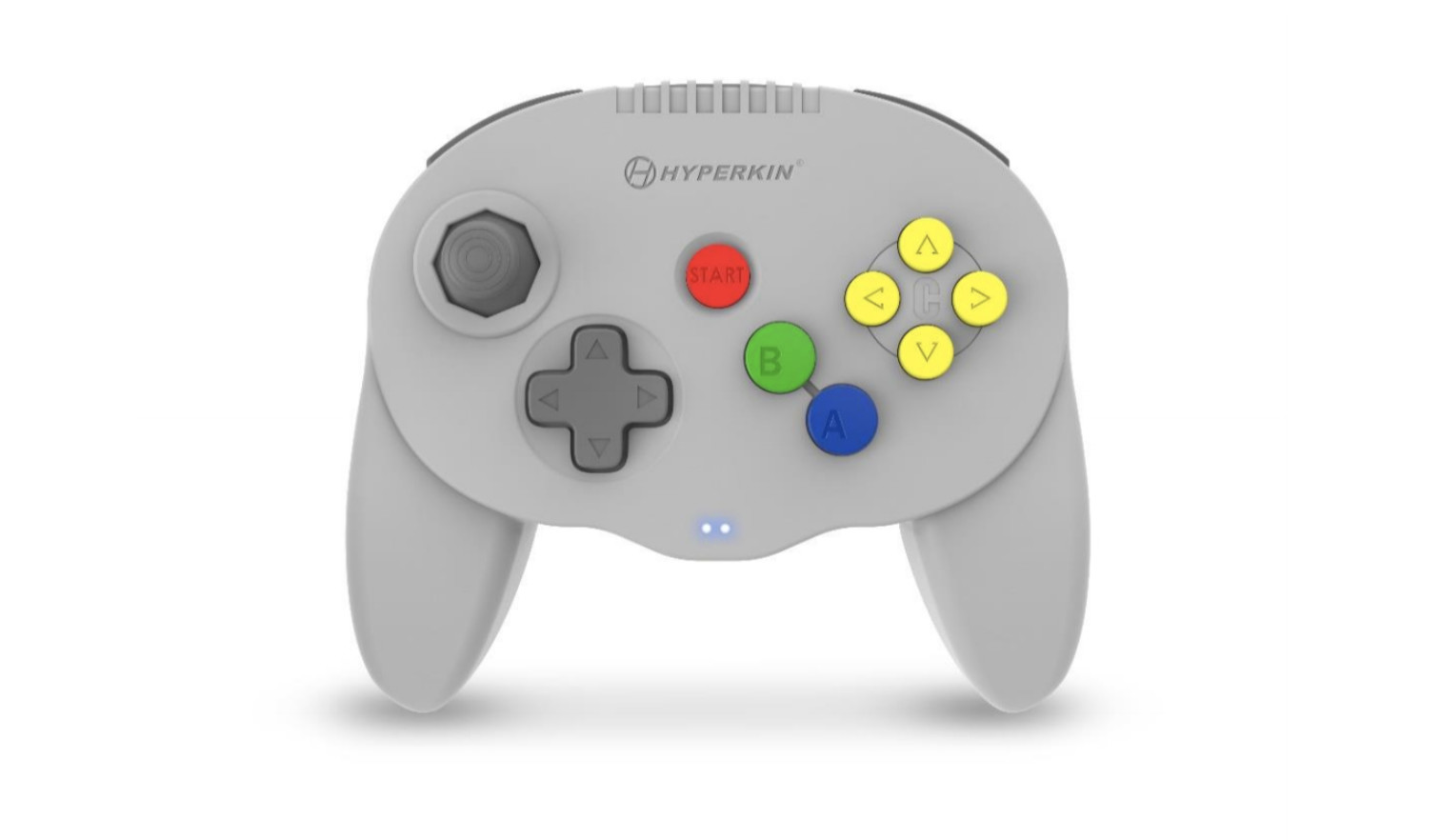 Hyperkin just announced the “Admiral”, a new wireless Bluetooth controller for the N64. It is modeled after the infamous Hori Mini Pad and comes in one color “grey”, for now.

The press release by Hyperkin only lists a few specs of the upcoming “Admiral” like the obvious inclusion of a lithium-ion battery (rechargeable through a micro-usb port) and the use of Bluetooth specifically, and not a custom 2.4 Ghz wireless protocol.

The dongle that accompanies the “Admiral” will house a N64 memory card and the user will be able to back up the save files to a Micro SD card (slot also located on the back of the dongle).

Being a Bluetooth controller, the “Admiral” will also be compatible with Windows, IOS, Mac and Android devices.

There is no mention of rumble functionality as of yet. Will it have a slot for the Rumble Pak or a built-in rumble motor(s)?

Hyperkin has set Q1 of 2019 as a tentative release date for the “Admiral” with no revealed price point at this time (I’m guessing it won’t cross the 30-40$ range).

Another article about the “Admiral”: https://www.neowin.net/news/hyperkins-admiral-is-a-wireless-bluetooth-nintendo-64-controller-coming-early-next-year/