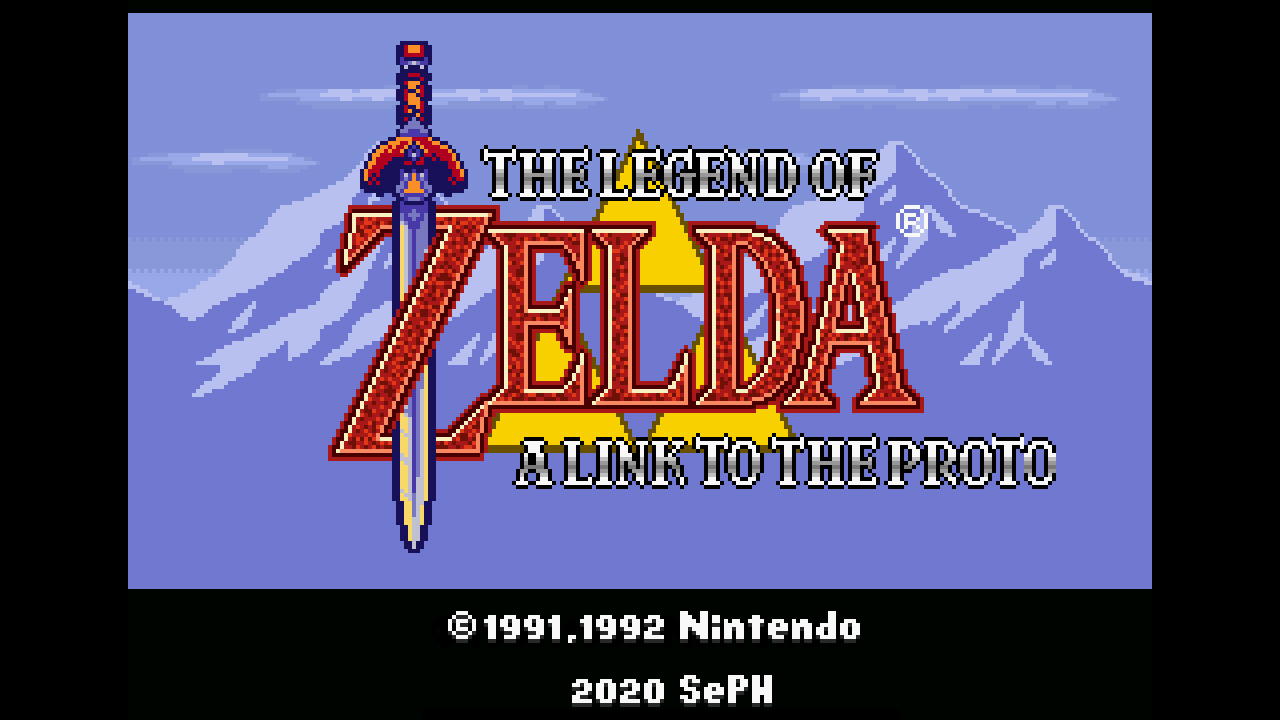 Romhacker SePH has just posted a patch for SNES Zelda that’s being called ‘A Link To The Proto’.  It’s an interesting hack, as it’s not an official, existing prototype release;  Its actually a compilation of assets found in different prototype versions that have been previously leaked.  The goal is to give a glimpse of what could have been, if the original developers made slightly different decisions regarding the final release.

Some of the features of ‘A Link To The Proto’ are as follows:

“There is a lot of changes, I tried to add as much prototype assets into the game, but unfortunately due to the multiple iterations of the same tilesets and a rather limited space for graphics, only a few select ones made it into the reconstruction.  But still, there is a lot of places to explore and many unseen things to discover from the proto content that was cut from the final vanilla release from Nintendo.!“

I think many fans of the original game will appreciate a new-yet-familiar version of one of the best games from the Zelda series!  Also, a list of differences found between the prototypes and official release can be found here:  https://tcrf.net/Proto:The_Legend_of_Zelda:_A_Link_to_the_Past