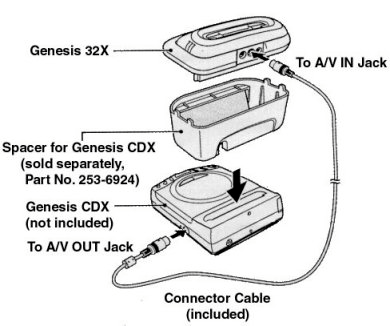 Sega had documentation showing the 32X as supported on the CDX but never released the necessary mount for the union to happen. This may be a case of the FCC not approving the devices being paired, or just Sega getting cold feet with the 32X not doing as well as expected. We may never know, and the only clue to the existence of a proper mount was in the manual on the first 32X consoles.

After looking at the documentation Sega provided in the manual I decided to try my hand at creating something similar. My design clips into the 32X but does not actually interface with the CDX, I did this to avoid damaging the CDX consoles. My design instead focuses on supporting the 32X to keep it stable while sitting over top of the CDX. No more wobble, or potential stress to the cart slot from a sagging 32X. 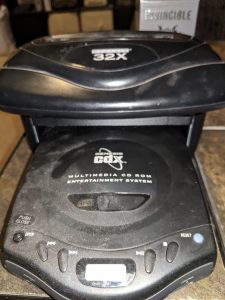 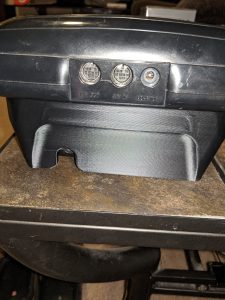 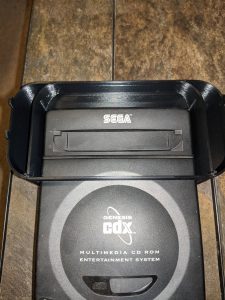 The print is easy for this mount, no supports, no screws, just two pieces. I used a soldering iron to fuse the two pieces on my mounts.

You can also purchase a completed print from Laserbear.net Just drop down and select the CDX option on the page. 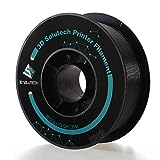 (257)
$19.99
Tangle free techonolgy: Premium PLA engineered with perfect winding technology which reduce common tangle problem Spool’s built-in gauge shows percentage of material remaining and approximate length remaining Dimensional accuracy: Diameter variance o... read more
(as of July 12, 2020 - More infoProduct prices and availability are accurate as of the date/time indicated and are subject to change. Any price and availability information displayed on [relevant Amazon Site(s), as applicable] at the time of purchase will apply to the purchase of this product.) 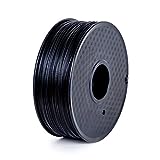 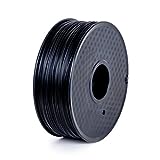