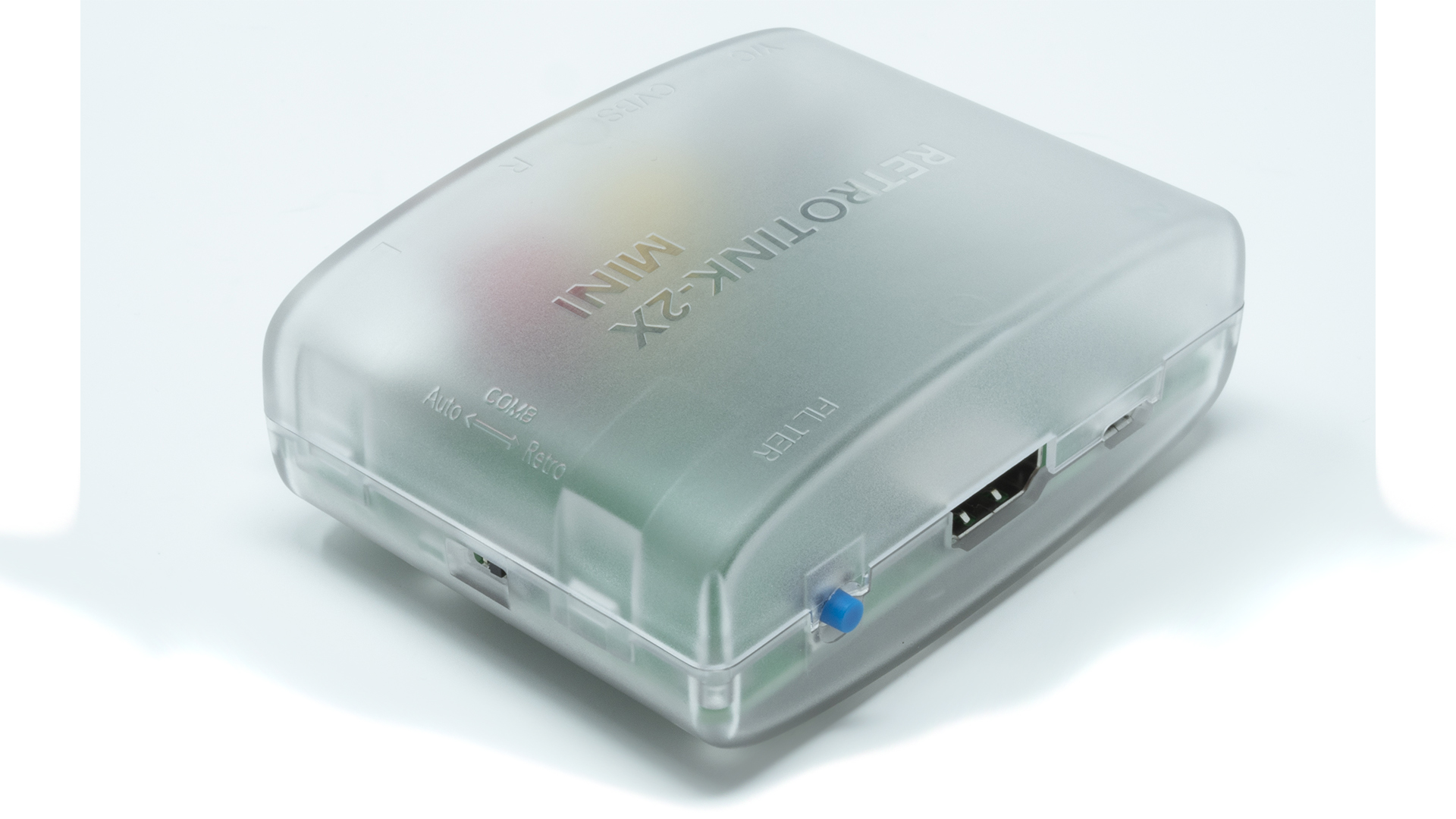 Mike Chi has just released a new firmware for the RetroTINK 2x Mini, that allows you to disable the scaler and pass through the composite and S-Video signals to the HDMI output.  This essentially turns the TINK Mini into an analog to digital converter, with a comb filter built-in.  In order to activate this feature, press and hold the filter button for more than 1 second and release to toggle between pass-thru and Line2x.

In most cases, you actually would not want to do this, as many TV’s can’t understand the 240p signals that most classic game consoles output…and the ones that do could potentially add a lot of lag to the signal.  I can think of two excellent reasons for using this feature though!

First, if you’re connecting a console like the PlayStation 2 that predominately outputs 480i, you might prefer to use your TV’s built-in deinterlacer instead of the TINK’s “bob” deinterlacing.  Know that your TV – even in game mode – will almost surely add many extra frames of lag if you send it 480i vs the TINK Mini’s normal 480p output.  While that’s a terrible choice for most games, if you’re playing a turn-by-turn RPG (or similar) game, lag won’t really matter.  In those cases, using your TV’s deinterlacer on the HDMI input might be a better choice and will most likely still have less lag than if you used the TV’s analog inputs.

Also, if you’d like to connect a VCR to your TV, the TINK’s video game-focused “bob deinterlacing” isn’t the best choice.  Allowing the VCR or LaserDisc player to pass through will still take advantage of the TINK’s comb filter, but will pass the 480i signal directly to your TV.  Now, I wouldn’t suggest buying a TINK Mini just for use with a VCR – That’s actually the perfect use for those cheap, laggy composite to HDMI boxes, or S-Video to VGA boxes.  That being said, if you already own a TINK Mini for gaming, it’s an excellent device to pass your 480i video signals over to your TV.

A firmware update guide and full review of the RetroTINK Mini are available below: