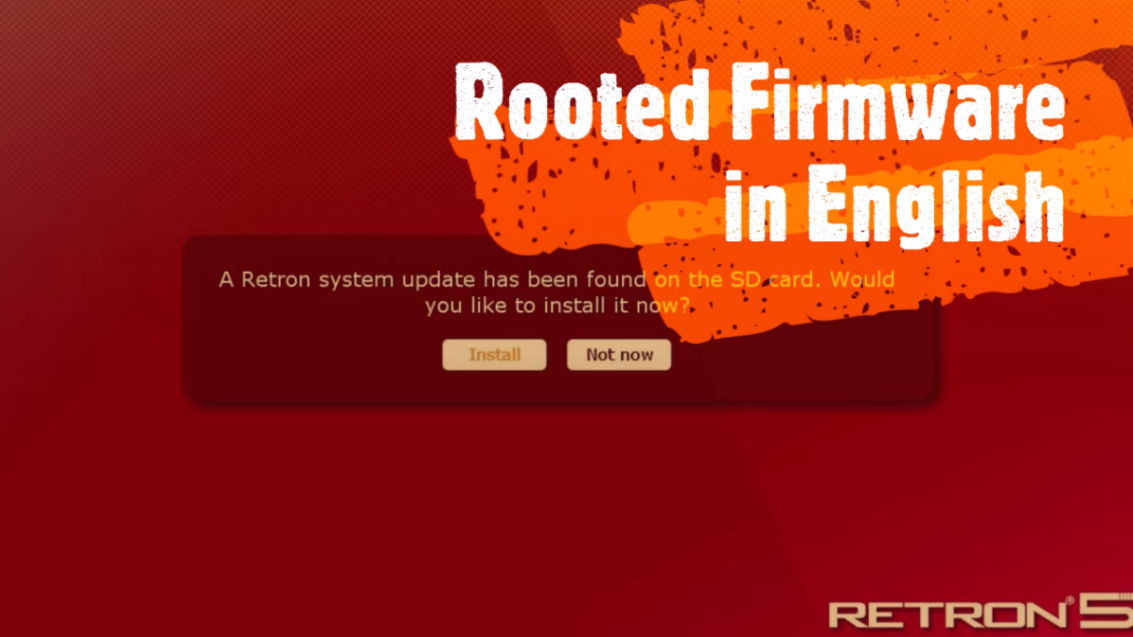 The blue interface was the most obvious change visually, however, this updated English version keeps the original default red theme so visually, nothing will seem to have changed.

End users who would prefer the blue theme and an English menu system may be in luck. “First: i’ll Work in an english Version of the blue theme asap. Is should not be that hard to achieve that.” stated ManCloud when questioned on the Circuit-Board.de forums.

The best feature currently available for this pre-rooted firmware is the option to dump ROMS by connecting the Retron 5 directly through a PC and using adb.  There is also a GUI front-end script that can be found here for anyone who would prefer a visual method of ROM dumping.

In my experience, the Retron 5’s ROM dumping ability isn’t the greatest. Even with this hack, most games in its database should be dumpable, however, homebrew games (many which show up as “unknown game” on the Retron 5’s home screen) are hit-and-miss.

This may be due to some homebrew games using their own homegrown mappers.  Because of this, users may only get a somewhat playable partial dump with a few levels, or a completely unplayable ROM dump.

Save files can be safely dumped or restored to cartridges without any hacks.

The procedure is pretty straightforward to anyone who has “burned” an image to an SD card to set up a raspberry pi or Linux distribution.

In many cases, borked installations are reversible, but never take that as a guarantee.

As always, hacks can totally brick your system or have unintended behavior, so do this at your own risk and make sure to read all documentation if you decide to proceed.

The pre-rooted images and instructions can be found here.  Good luck!