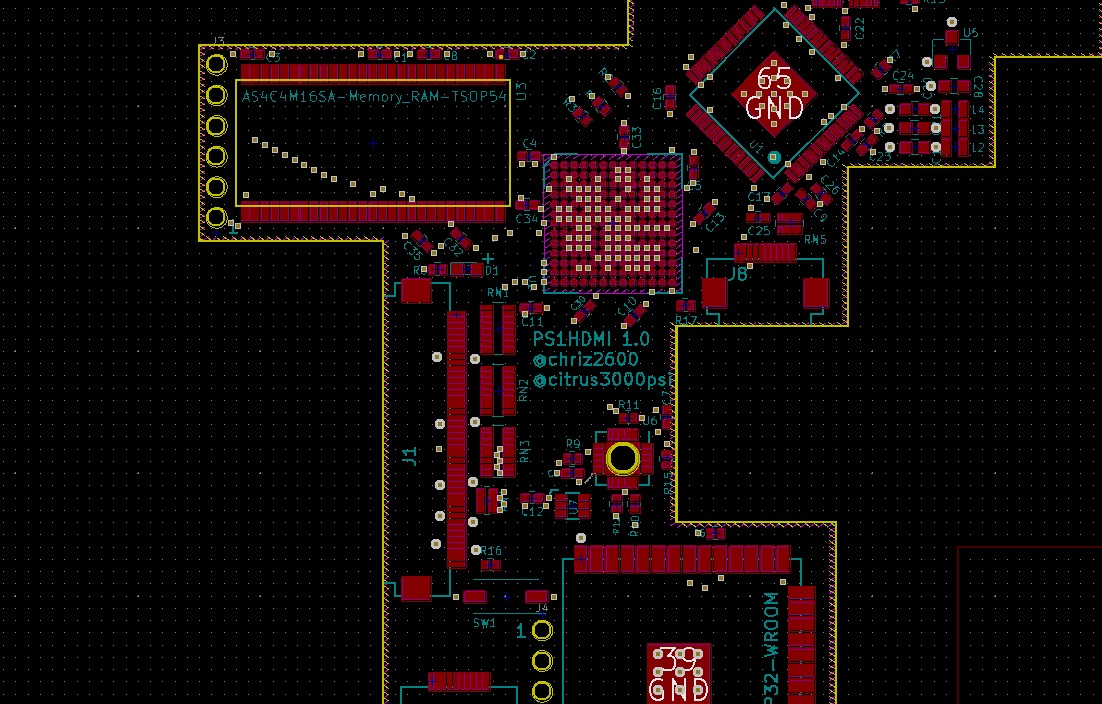 Dan and Christof have just announced their PS1HDMI kit:  A no-cut mod for the PlayStation 1 that’s a true digital to digital HDMI output kit, like their DCHDMI!

The PS1HDMI will be an internal install compatible with 500X through 700X series PlayStation consoles.  The installation includes removing the serial port, in order to mount the HDMI port, making this a true #nocutmod!  They’re still planning on eventually releasing the PS2HDMI kit (which will be backwards-compatible with PS1 games), but wanted to get this mod out first.

There’s no price or availability yet, but they’re aiming to launch it early next year for a price similar to the DCHDMI.  Follow both Dan and Christof on Twitter for instant updates and of course, any other major announcements will be posted here.

Might as well leak this info out. @chriz2600 and I decided to hold off on the PS2 and release a PS1 variant first. Prototypes will be purchased soon. This will be a no cut mod w/HDMI in place of the serial port. pic.twitter.com/TwxYGqMAXv