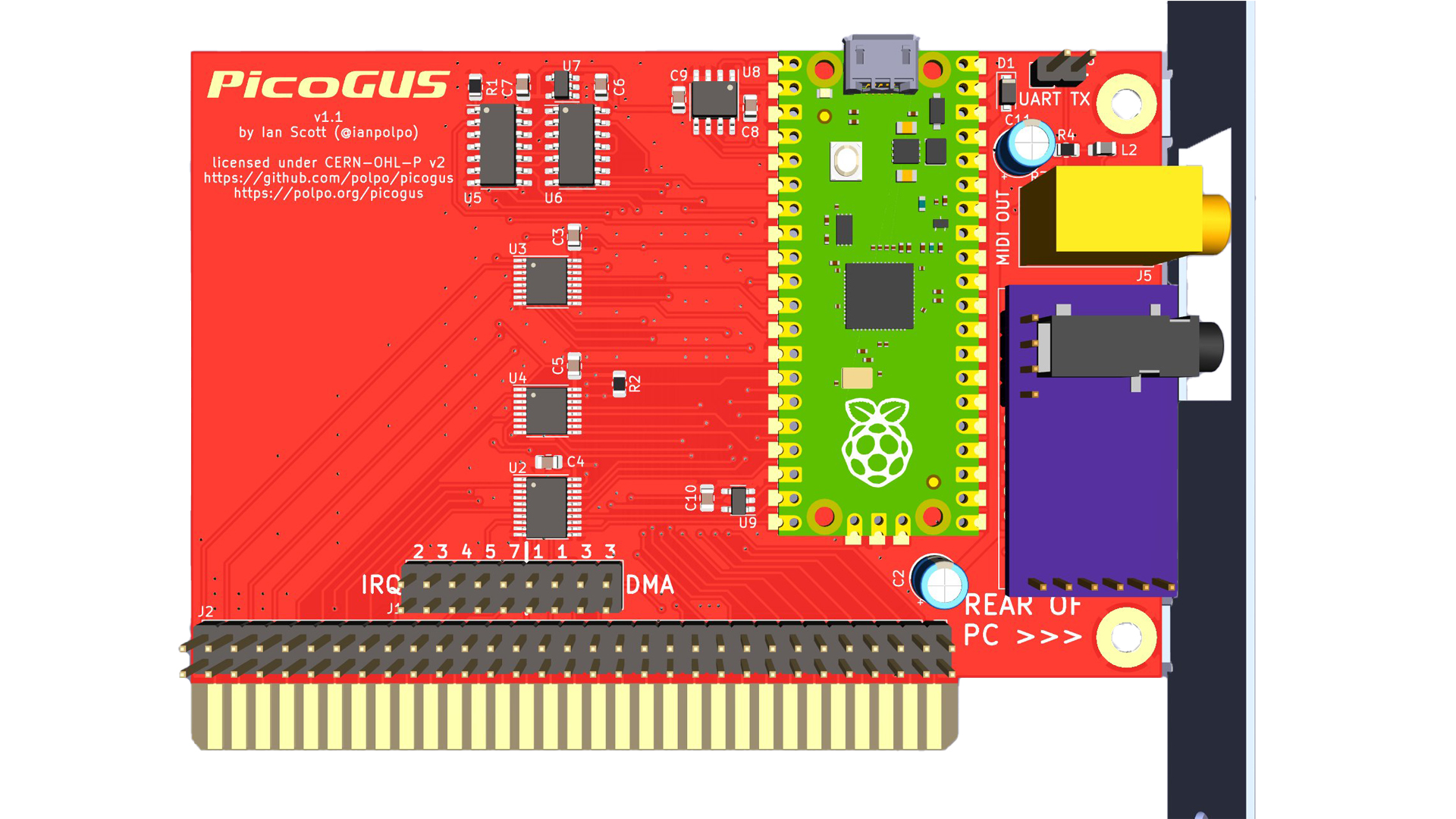 Vintage PC enthusiasts should keep their ear out for the PicoGUS, an RPi Pico-based soundcard that emulates the Gravis UltraSound. Updates and more information about the PicoGUS can be found on developer Ian Scott’s Twitter (@ianpolpo) and GitHub, linked below.

The Gravis UltraSound (“GUS”) is a soundcard released in 1992 for IBM-compatible PCs. Developer Ian Scott recently shared an update for a new Raspberry Pi Pico-based soundcard that emulates the UltraSound, called the PicoGUS. Scott indicates that the hardware is nearing its final design and that a limited number of pre-production boards may be available for beta testing. Scott also expressed that the PicoGUS was designed to be low-cost, parts available, and hand-solderable, depending on skill.

Watch the video below to see PicoGUS playback of “Satellite One” by Purple Motion.

The PicoGUS is one of a few options for those hoping to bring UltraSound to their PC. Alternatives include newly-built soundcards, including the upcoming Orpheus II and the ARGUS. Although the ARGUS is sold out, Gerbers files will soon be made available for those looking to construct their own. ARGUS stock and file information can be followed on the Vogons forum (link).