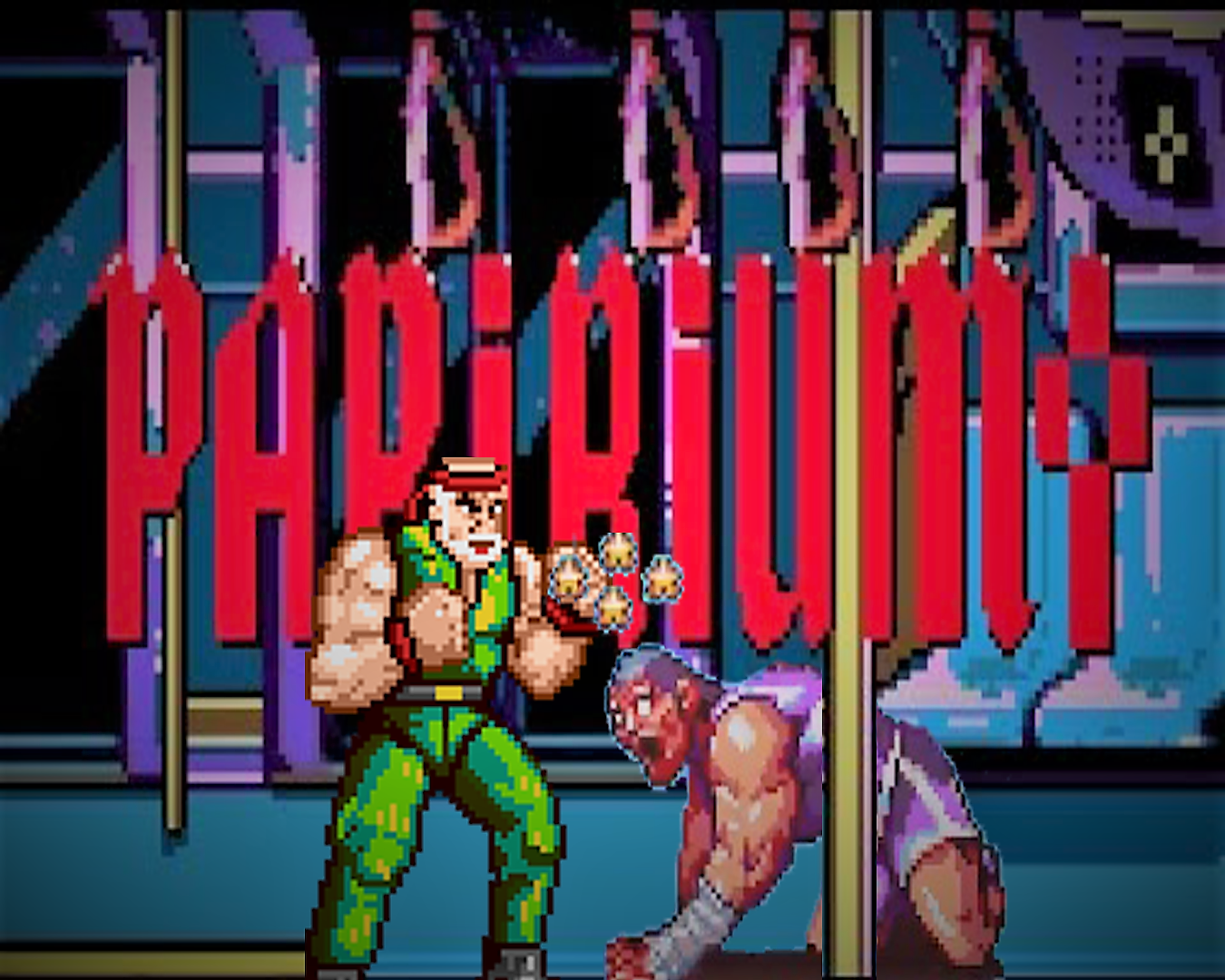 These days, the long awaited Genesis/Mega Drive beat-em-up, Paprium is regarded as a vaporware title with its creator “Fonzie” in hiding somewhere. With the anticipated title taking the better part of a decade to develop and little-to-nothing to show for it, gamers and backers are understandably vexed about the situation.

Out of the ashes of the Paprium Fiasco rises PapiRium, a parody of the original game that seems to be gaining some traction among members of the Sega-16 forums.

Started as a joke by developer Vetea, PapiRium already has a mock trailer and a demo video.  The story line is simple:

“2018, a long time has passed and Papi Commando, despite repeated requests, still hasn’t received his copy of Paprium.

His patience has run out …”

What’s amazing about it is that in less than 2 weeks (as of this post), Vetea has shown sprite work nearly on par with Paprium’s. To add insult to injury, he even freely admits that he isn’t experienced creating this type of game.

…versus six plus years.

For a #Paprium release party, this doesn't look good.

If moving pictures are your thing, here is a video for comparison’s sake:

Retro game publisher Piko Interactive already stated that they’d fund the game. In the same thread, Joe Redifer (of Game Sack Fame) even jumped in with his own statement:

“The fact that the idea of this even exists makes me giddy. If this were ever to become real, it would be the most amazing thing ever. A videogame about the pratfalls of another videogame’s questionable existence on the same console. It’d probably come out sooner, too.”

Whether the mock-up will become an actual game is anyone’s guess, but I’ll leave you with this message from Vetea himself:

Here is the link to the original thread for those interested: Link

Like my work? Check out my channel: Ray Commend