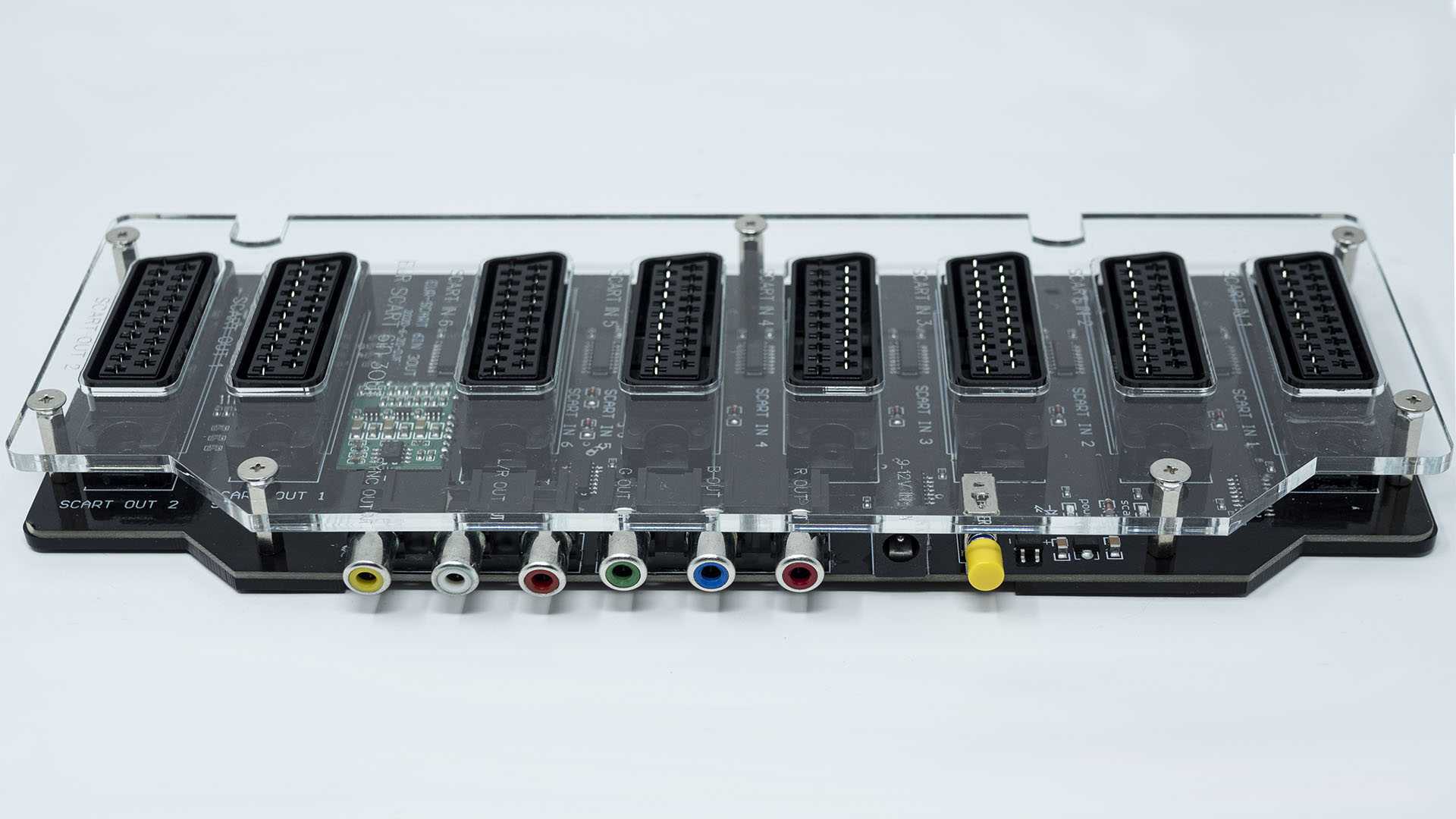 There’s a new line of switches in the Otaku product line that offer auto-switching and a new layout.  Before I get into the review, I need to warn people of an issue I found with the switch they provided me for review:  When using normal SCART cables everything seemed okay, but using cables with sync strippers in them caused the Otaku switch to output very high voltage!!!  Just to make sure I’m clear on this:

WARNING:  Using this switch with consoles that output higher voltage sync, or SCART cables with sync strippers built in may cause damage to any scaler, monitor or other SCART device you plug it into!!!

At the moment, I’d suggest most people use any of the other switches I tested in my previous review, including Otaku’s own basic 6 in-1 out switch;  That was excellent and had none of the issues mentioned here.  Full review below:

The switch I tested was the $80 6-in, 3-out version with six SCART inputs, two SCART outputs and one set of RCA connectors from RGBs/LR output:  https://otaku-games.com/6in3out-amplified-rgb-scart-auto-switch-with-housing.html

Each version can also be purchased without a case, however I strongly recommend you get the cased versions, unless you plan on making your own enclosure.

The 6-in, 3-out version I tested performed okay, with some good and bad points to it.  The good:

Unfortunately, I ran into quite a few issues with this switch.

Overall, I think these new Otaku switches have quite a bit of potential, however I don’t feel comfortable recommending them at this time.  Their previous, passive 6-port switch performed really well and is still my favorite choice for a low-budget option:

I think, respectfully, this is a good example of “you get what you pay for”.  Trying to include high end features in an inexpensive switch is an incredibly hard task.  This is why switches like the gscartsw are so expensive:  The parts that go into them allow them to perform in all the above situations with no issues, plus they include sync regeneration features and RGsB to RGBs conversion.

There absolutely is a scenario the Otaku auto-switch would be a good fit though:  If you have basic RGB SCART cables from standard consoles – and can make sure to only power one on at a time – it’s not a bad choice for someone who wants an auto-switch.  That’s a lot of if’s though…