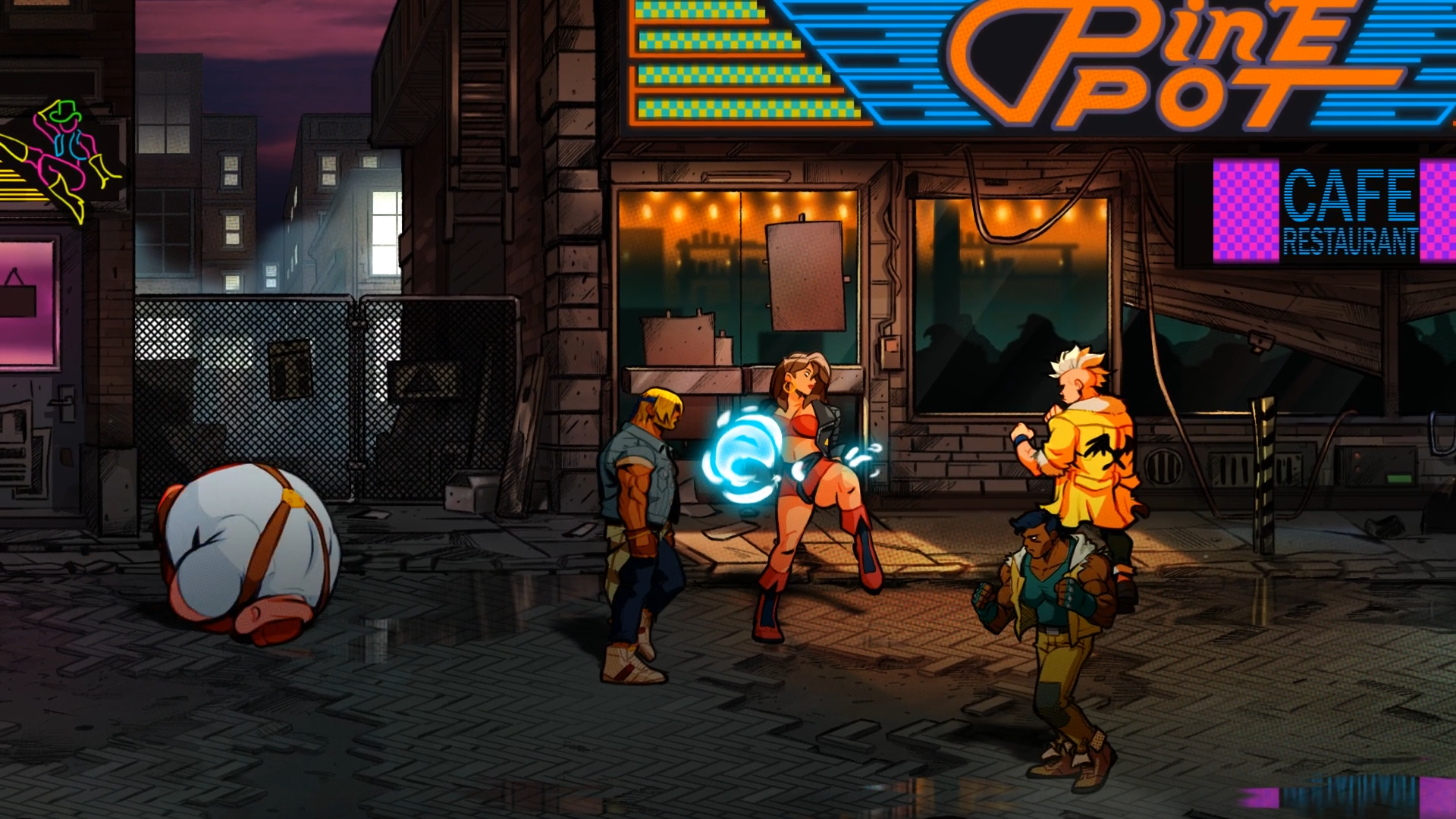 Earlier this year, Lizardcube, DotEmu, and Guard Crush dropped a bomb on the retro gaming community by announcing that the Streets of Rage series is getting a proper sequel. There hasn’t been a ton of information shared with the public, and some of what was shown was divisive (what isn’t these days?) with some netizens stating that it looks like a flash game.

I vehemently disagree.  Lizardcube did a fantastic job on Wonder Boy: The Dragon’s Trap going above and beyond what a port should be in modern times.  I’m willing to give them the benefit of the doubt on Streets of Rage 4.  With that said, they recently released this animated gif of the game.

$149.99 $144.89
Six awesome forms with unique combat and platforming abilities to make your adventure exciting from start to finish. Unlock new paths and secrets with special equipment. Look for magic weapons and items that gradually open up the world. With over 15 ... read more
(as of September 29, 2020 - More infoProduct prices and availability are accurate as of the date/time indicated and are subject to change. Any price and availability information displayed on [relevant Amazon Site(s), as applicable] at the time of purchase will apply to the purchase of this product.)

$29.99 $27.91
A beautifully drawn and animated remake of the unforgettable Sega Master System game Wonder Boy III . Huge interconnected world with six playable forms for the main character, each with different abilities. Multiple dragon enemy types: Zombie Dragon,... read more
(as of September 29, 2020 - More infoProduct prices and availability are accurate as of the date/time indicated and are subject to change. Any price and availability information displayed on [relevant Amazon Site(s), as applicable] at the time of purchase will apply to the purchase of this product.)

From a purely visual observation, the gameplay looks like it’s remarkably faithful to Streets of Rage 2 while adding modern juggling mechanics.  If implemented correctly, this could be incredibly fun in multiplayer. The animation looks great, and I like the art style. Currently, we’ve seen gameplay footage for classic characters Axel & Blaze, but LizardCube confirmed that there would be more characters via Twitter:

There will be more playable characters, yes!

Of course, I made my demand… …and LizardCube responded by “liking” my request.  Could this be a hint that Adam Hunter may end up as a playable character at some point?  I certainly hope so. If it earnestly end up playing like SOR2 while allowing juggling mechanics and multiplayer (hopefully 4 at once!), that would be awesome.  LizardCube pulling a WonderBoy move that would allow players to switch between classic sprite work and  modern graphics would be even more incredible. That’s probably wishful thinking on my part though.

At least this shouldn’t end up as vaporware like Paprium did.

Check out my channel: Ray Commend