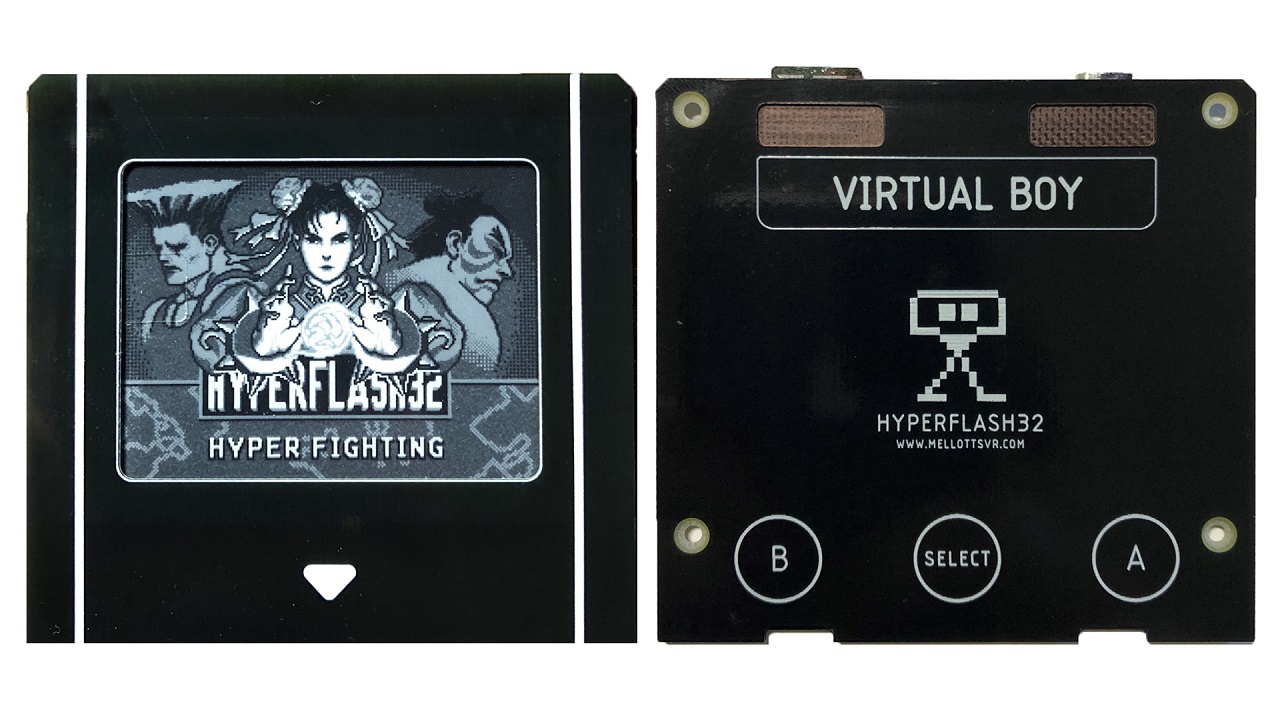 Kevin Mellott has just showed off a working prototype of the HyperFlash32 Virtual Boy ROM cart and it definitely seems to be living up to its expectations!

While detailed reviews are sure to come soon, this sneak peak shows the cart’s basic operation:  Add a MicroSD card loaded with Virtual Boy roms, then power the cart with a USB cable;  To be clear, you don’t need to connect the HyperFlash32 to a PC, simply power it with any USB device.  Then press the “Menu” button in back and navigate the cart’s contents using the eInk screen.

After you’ve chosen your game, the cart will program itself and when it’s done, you’ll see the title of the game on the screen.  Since eInk persists after powering off, the image and game will be retained until it’s re-programmed and it can just be used like a real VB cart.

As much as I tried to explain it in this post, you need to see it for yourself to understand how awesome this is.  I hope other ROM cart makers might consider making a version with an eInk screen like this, so the cartridge will look like the original game after loading!  It’s a feature that might just be aesthetic, but damn is it awesome!

Prototypes are still on-track to be sent to reviews next month, with a public release still aiming for early fall.  We’ll keep everyone updated on the progress!