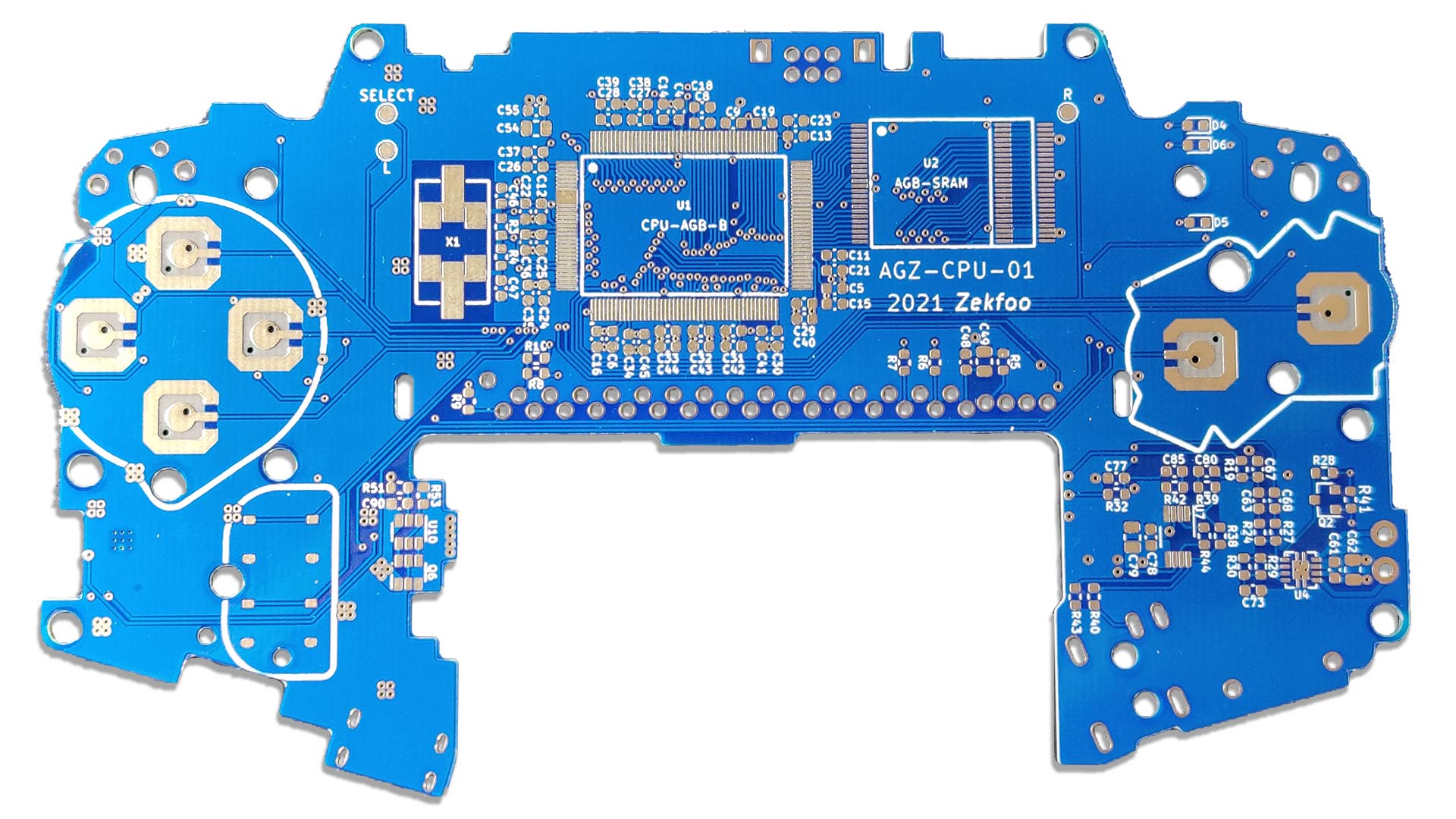 Developer Zekfoo has recently launched a github page for a reverse-engineered Game Boy Advance motherboard.  The design is based off the more streamlined GBA SP motherboard, but is a drop-in replacement for the original GBA motherboard.  The purpose of the design is to improve some of the shortcomings of the original, using mostly off-the-shelf parts;  You’ll still need the proprietary GBA chips to use it.  This is not going to be something made available fo purchase (at least not yet), but hopefully the project will eventually be open sourced.

While I’m appreciative of all kinds of reverse engineering and hardware preservation, I get extra excited when improvements are added to the design…and Zekfoo has done just that.  First, the motherboard is a 4-layer design, which is complicated to design, but ads a ground plane layer and some other advantages.  Next, in place of two AA batteries, it supports a 1700mAh LiPo battery that can safely be charged through the USB-C port while the GBA is in use.  The audio output of the GBA has long been panned as pretty terrible and Zekfoo attempted to address this by improving the audio circuit.

The buttons were even designed with tactile “domes” from Snaptron, which still provide tactile feedback without the button fatigue.  This motherboard will fit in a standard aftermarket shell, however you’ll need to make some modifications in order for the ports to fit and fill properly.

Please check out the main github for more information.  This seems like a good contender for a winner of the Summer Game Boy modding contest!!