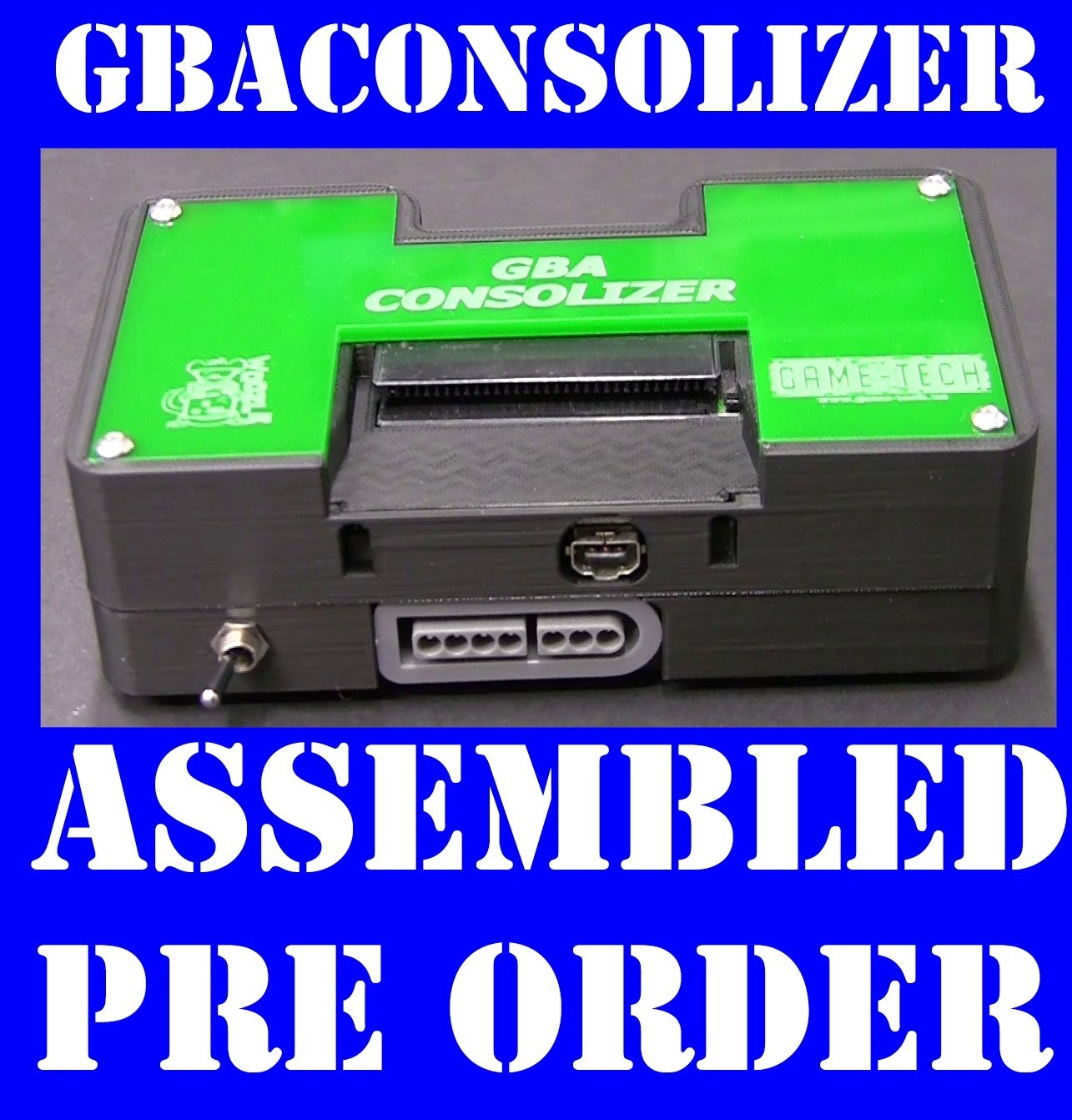 Game-Tech US just announced that they will be taking pre-orders for fully assembled GBA Consolizer systems; this will include the main consolizer kit, a plastic enclosure, a plexi cover and an actual GBA motherboard.

Woozle‘s brilliant GBA Consolizer kit is already available (for pre-order) through game-tech.us and comes in 2 main forms. The first kit sits right where the original LCD screen used to be originally: 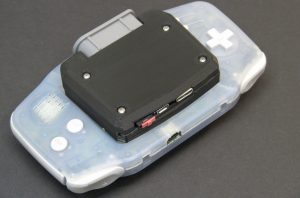 The second one neatly turns the GBA into a tiny console (the user still needs to provide the original GBA guts): 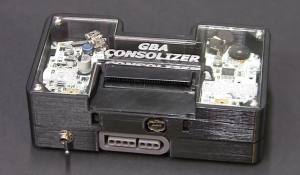 The installation process for both kits requires decent soldering skills on the user’s side, to achieve successful results.

The newly announced ready-for-action kit is basically a Game Boy Advance console with HDMI output. Plug a SNES (original or 3rd party) controller, a mini-hdmi cable for video/audio (the analog headphone audio port is still available too), a micro-usb cable for power and you’re good to go.

Priced at 350$, the fully assembled GBA Consolizer is certainly not for everyone. But those who are looking for a solder-free solution to play GBA games in crystal clear 720p, without any additional lag on their flat panels will definitely get a kick out of this “niche” product.