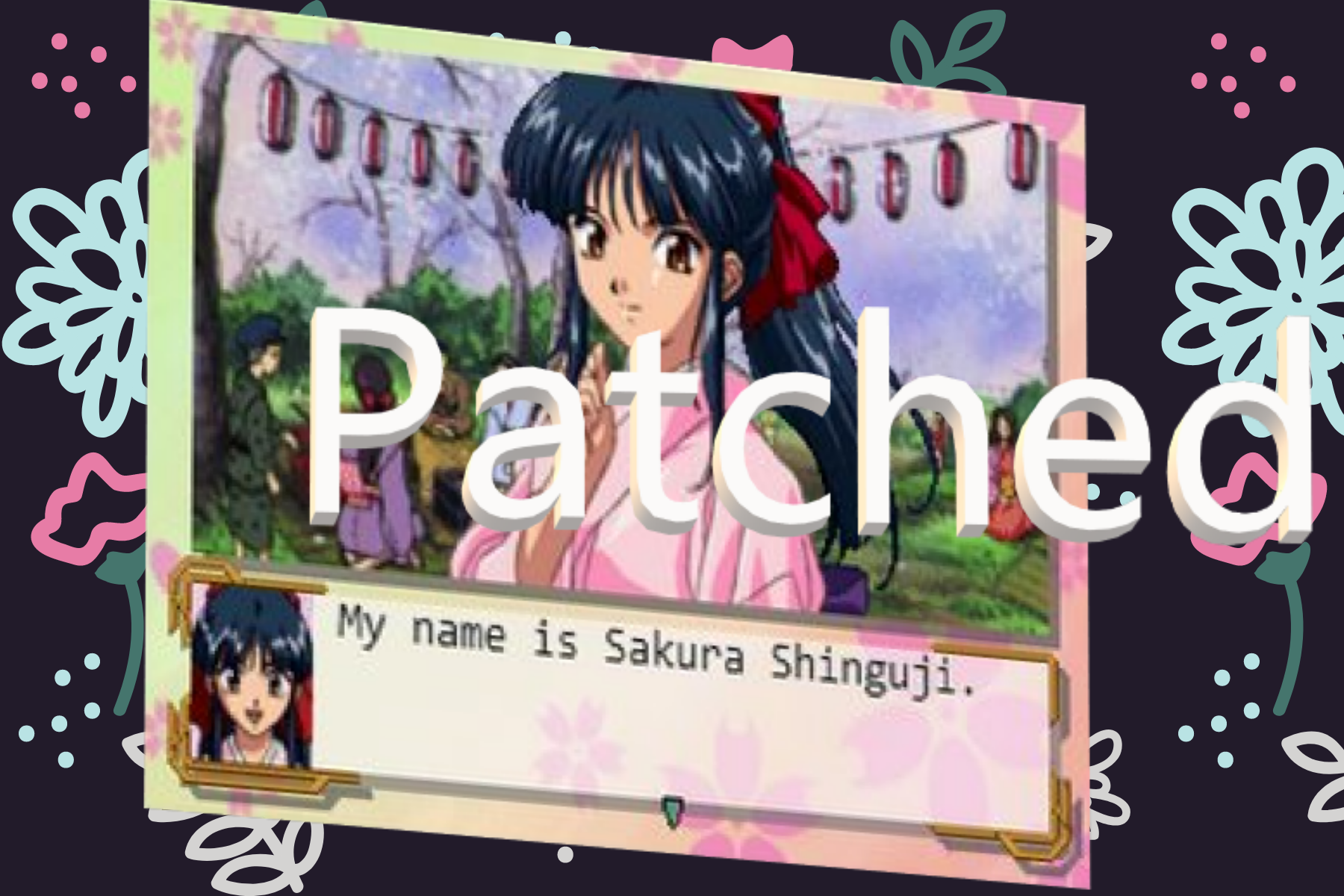 Based on the release notes, not only was the dialogue translated from Japanese to English, but the other text related artwork (title screen / loading screen, ect) was also redrawn.  The team even managed to subtitle and re-encode the FMV’s in the game.

That’s both incredibly impressive on a technical level as well as above-and-beyond fan service!

Per its Wikipedia entry, “Sakura Wars combines overlapping tactical role-playing, dating sim and visual novel gameplay elements” which definitely appears to be the case from the videos that I’ve seen of its gameplay.

For those looking for the patch, it can be found here, along with more details about the work put into creating it.

The page also properly credits the amazing people who put many hours into this release.