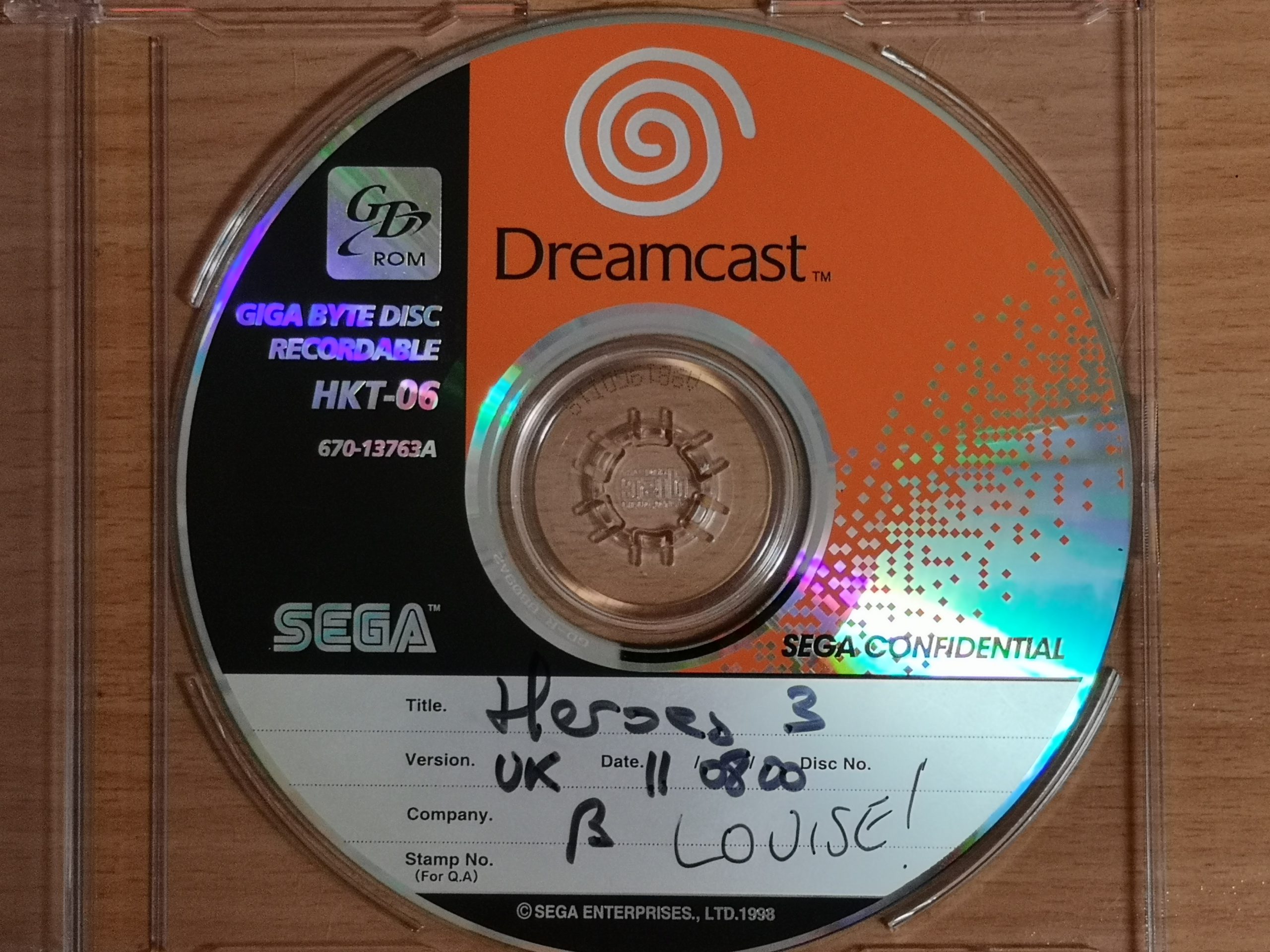 A few weeks ago, Dreamcast aficionados FatalistDC and Jan Baumgartner started a small-scale fundraiser aiming at dumping and immediately releasing the disc image of the unreleased Dreamcast port Heroes of Might and Magic III – The Restoration of Erathia.

The turned based strategy cult classic game at hand saw release on Windows, Macintosh and Linux back in 1999-2000. A DC port was announced and worked on for a full year before it eventually got canned due to the system’s hardware limitations.

In the mid 2000s FatalistDC acquired (for 600$) a GD-Rom containing a beta/almost-complete version of HoMM3 and kept it hidden away in his collection until he recently had a change of heart and decided to share the disc’s content with the DC community. The GoFundMe campaign that Jan Baumgartner launched was successful and grossed 250 euros thus, as promised, the game got dumped and uploaded in both .GDI and .CDI formats.

One of the HoMM3 DC project developers stated back in 2004 that The 3DO Company (the game’s publisher) specifically wanted this particular release to be a 1:1 replication of the home computer version so absolutely nothing must be compromised in the porting process; that realistically was impossible to achieve due to the DC’s lackluster performance in handling 2d graphics and its limited memory compared to high-end PCs of the day.  HoMM3 on the Dreamcast was going to feature an online cross-platform option, so DC players could compete with/against PC users. That was pretty ingenious for that time period.

As far as functionality goes, I booted up the .GDI image through the GDEMU and everything seemed to be working just fine until, almost 20 minutes into the game, it totally froze. I them rebooted and tried to replicate the bug to no avail. The game, being in beta phase, clearly lacks some polish. An FPS counter is present at the top corner of the screen at all times. The controls can be counter-intuitive sometime, at least they were for me, since I mostly experienced similar games back in the day on the PC using a mouse primarily and a keyboard.

For those who are curious as how HoMM3 would have fared on the Dreamcast, both .CDI (can be easily burned and played on most Dreamcasts) and .GDI format images are available for download on the GoFundMe page.

(as of February 2, 2023 – More infoProduct prices and availability are accurate as of the date/time indicated and are subject to change. Any price and availability information displayed on [relevant Amazon Site(s), as applicable] at the time of purchase will apply to the purchase of this product.)