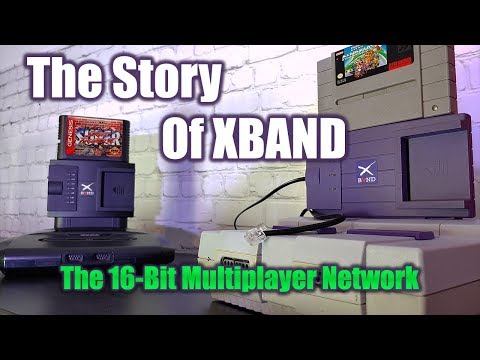 YouTuber Wrestling With Gaming just released a documentary (The Story of XBAND) showcasing the history, legacy, and future projects regarding the online gaming known as XBAND.  XBAND was a device and service well ahead of its time allowing 16-bit consoles of the Sega Genesis/Mega Drive and Super Nintendo/Famicom, to connect up to other users around the country using dial up phone service.  The XBAND service had many ideas and functions that were revolutionary and clearly ahead of its time.  Including the ability to email other XBAND users, track user stats,  see events being organized, and ultimately play multiplayer games in real time with other players.  However like many products that are ahead of their time, markets and users simply do not understand the products that trail blaze features we take fore granted today, and sadly they do not last.  However with XBAND there is a project to revive the product to get it working with modern internet protocols.

This documentary video goes over the history and development of this product, which include many interviews of key influential members of XBAND’s development, community, and continued preservation of this product.  Also showcasing many cool games that worked with the XBAND and overall a nostalgic time warp back to the early and mid 90’s.  If you have an hour to spare on a good entertaining and educating video.  Check this one out.