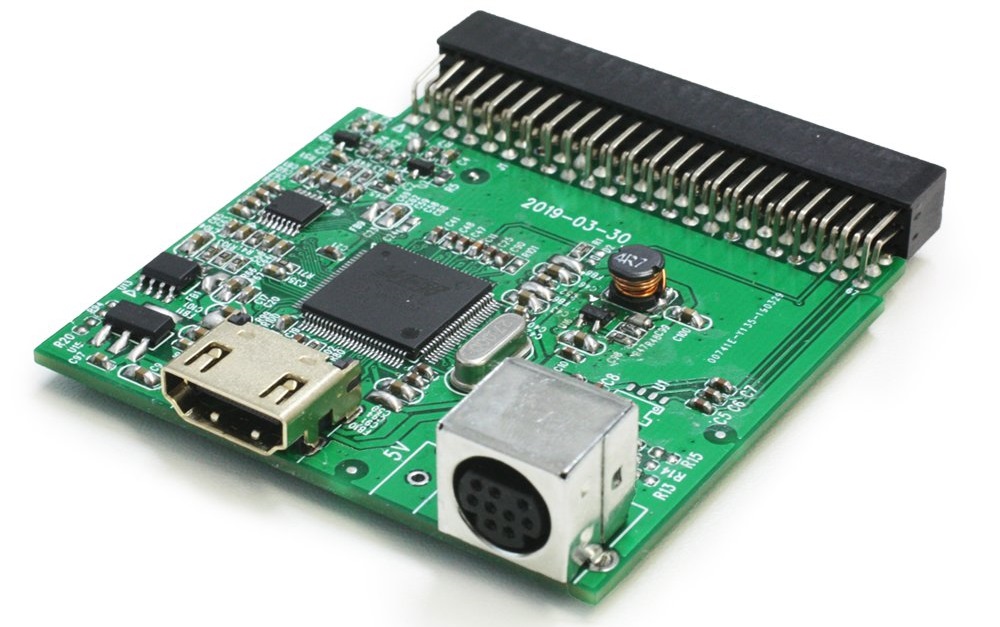 Japanese company Columbus Circle has announced a plug-and-play device for the PC Engine called the “HD for PCE HDMI Booster”.  This device will output RGB via a Genesis 2 connector and will also include what looks like a cheap analog-to-digital HDMI adapter.  Release is scheduled for August at 3,500 yen (approx $35):  https://game.watch.impress.co.jp/docs/news/1185644.html

I’m always extremely skeptical of devices like this, as there’s so much that can go wrong.  First, as we’ve all learned in the past year, properly shaping the analog output of a PCE is more challenging than many other consoles and is often done wrong.  Next, for a price that low, they’re most likely using the same low-quality analog-to-digital chip that’s in the Pound cables, meaning the HDMI output will be pretty terrible.

Lastly, all PCE and TG-16 consoles require at least one internal modification to remove the interference commonly known as “jailbars”.  If you just use this without that fix, the cheap ADC chip will essentially amplify and magnify that interference.

As long as the device is built properly and won’t harm your consoles (like some eBay grafx booster knockoffs), maybe it’s a start for streamers who want to play via analog and stream HDMI?  Other than that, I’d think other options might be better: