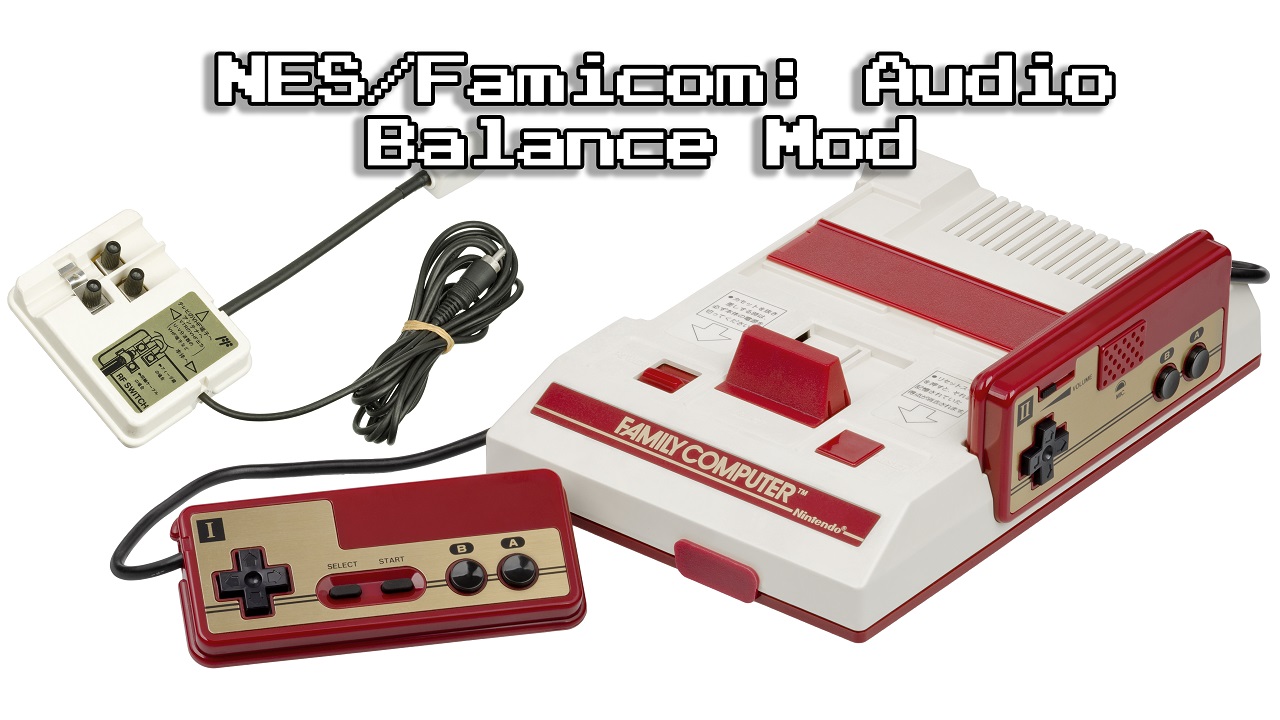 Obtaining decent audio output from the Famicom and NES systems has always been an issue – the original, ‘reference’ console, the Famicom (model HVC-001), only provides RF output as standard, requiring a modification to get any kind of decent quality audio out, and even then has a large amount of background noise.  The western NES systems don’t retain the cartridge expansion audio capability, instead redirecting the mixing to the expansion port on the bottom of the console, resulting in all Japanese cartridges, including the Famicom Disk System, having incomplete sound even when using cartridge converters. Without mods, there is no way for the NES to pass on the audio from the cartridge slot to the audio amp.

Further complicating matters, later HVC-001 Famicom revisions (HVC-CPU-GPM-01 and HVC-CPU-GPM-02, with the “FF” logo on the front) have their internal audio volume drastically altered by reducing the gain of the on-board amplifier while the redesigned model, the HVC-101, commonly known as the “AV” or “New” Famicom, sports a completely different audio circuit design. Both of these result in expansion audio mixing that is far too loud compared to prior revisions.

Compare the following recordings of Akumajou Densetsu (stage 1 music), a very popular cartridge used to show off the sound possibilities of the Famicom when coupled with expansion audio from cartridges with their own audio hardware.Famicom HVC-001 with line audio output mod: https://soundcloud.com/lanosk/akumajoudensetsu-ogfamiav-mod
Stock AV Famicom HVC-101: https://soundcloud.com/lanosk/akumajoudensetsu-avfamistock-audio-wbuck-converterAs you can hear, the AV Famicom’s mixing circuit results in a horribly mismatched sound, with the drums almost inaudible and the main synths absolutely dominant. The track is a shadow of its former self.  It’s not obvious why Nintendo changed the audio circuits, and especially so noticeably.

While some later carts (notably Gimmick) may potentially have been created with this newer mixing circuit in mind, it’s not definitely clear which mixing method actually sounds better in those cases. Regardless, the vast majority of carts with expansion audio are clearly made for the HVC-001 circuit.

Potential mods for restoring the original mix have been explored in forums for many years, but none were ever considered ‘complete’ – most resulting in an overdriven and distorted signal in an attempt to raise the CPU audio up to the level of the expansion audio. A more thoroughly bypassed mod is required.

Master audio circuit modder Ace (https://twitter.com/Ace9921Tweets) has designed a set of alterations for the AV Famicom when coupled with the NESRGB board (https://etim.net.au/nesrgb/) which result in a vastly improved audio output. Compare the below with the previous two captures.

The drums and synths are back in balance, allowing the instrumentation to be heard in full. Before, the AV Famicom was an excellent choice for cartridges without expansion sound – now it also excels with them.Assuming you have an NESRGB and stock AV Famicom handy, here are the instructions to follow for Ace’s audio restoration mod:

Several resistors and capacitors need to be removed from the AV Famicom’s main PCB. You will need to remove the NESRGB board to access them. These are: 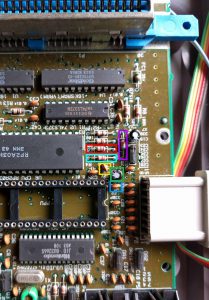 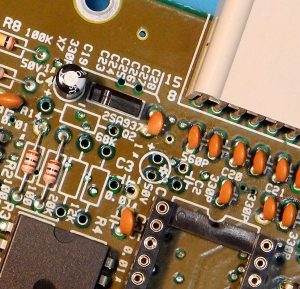 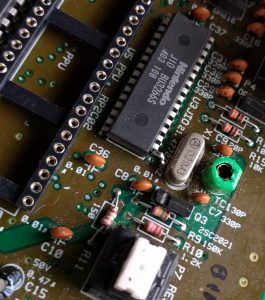 Then, pins 15 and 16 of the BU3266S should be bridged on the underside of the board. This will tie the now unused audio input on pin 16 to ground so as to prevent it from floating.

Now, two wires need to be soldered to CPU pins 1 and 2, these will be joined to the ‘A’ and ‘B’ pads on the NESRGB, respectively. I recommend routing these wires down through the gap in the RF shielding by the controller ports. 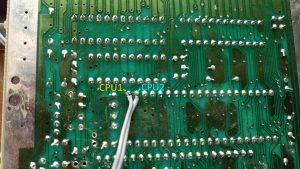 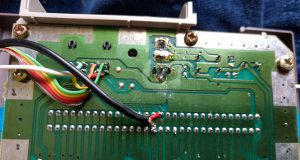 If using an electrolytic capacitor, be very careful with how the legs are bent – they must not touch, but also must not put much lifting force on the pcb pads (which are very small and can easily be damaged by such a large component). 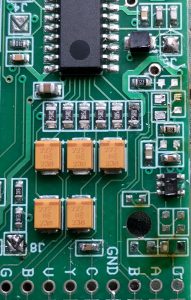 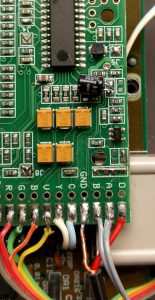 * What about other Famicom/NES consoles?
For NES top-loader models, and optionally, front-loader models (though not recommended), Ace designed a similar set of modifications (again involving the NESRGB) which have been documented at https://tinkerplunk.com/nes-rgb-install/
The AV Famicom mod can be adapted for the Famicom HVC-CPU-GPM-01 and HVC-CPU-GPM-02 models using the same process, but with different components to be removed; Info coming soon.
The Twin Famicom has its own set of issues unrelated to expansion audio, however, there are some instructions on how to fix some of these at the bottom of the Twin Famicom NESRGB installation guide at https://etim.net.au/nesrgb/installation-famicomtwin/.
In addition, it is recommended to replace R125 by a 20K resistor as Sharp erroneously installed a 22K resistor in this spot.
Many thanks to:
* Ace
* bfbiii
* tianfeng
* GameN’Clyde